By examining what series that MyAnimeList users consider to be the absolute best anime series of 2020 so far, this article reveals is a lot of interesting trends in this year’s anime. What’s most apparent, though, is that this year so far has been a great one for adaptations or continuations of pre-existing stories. 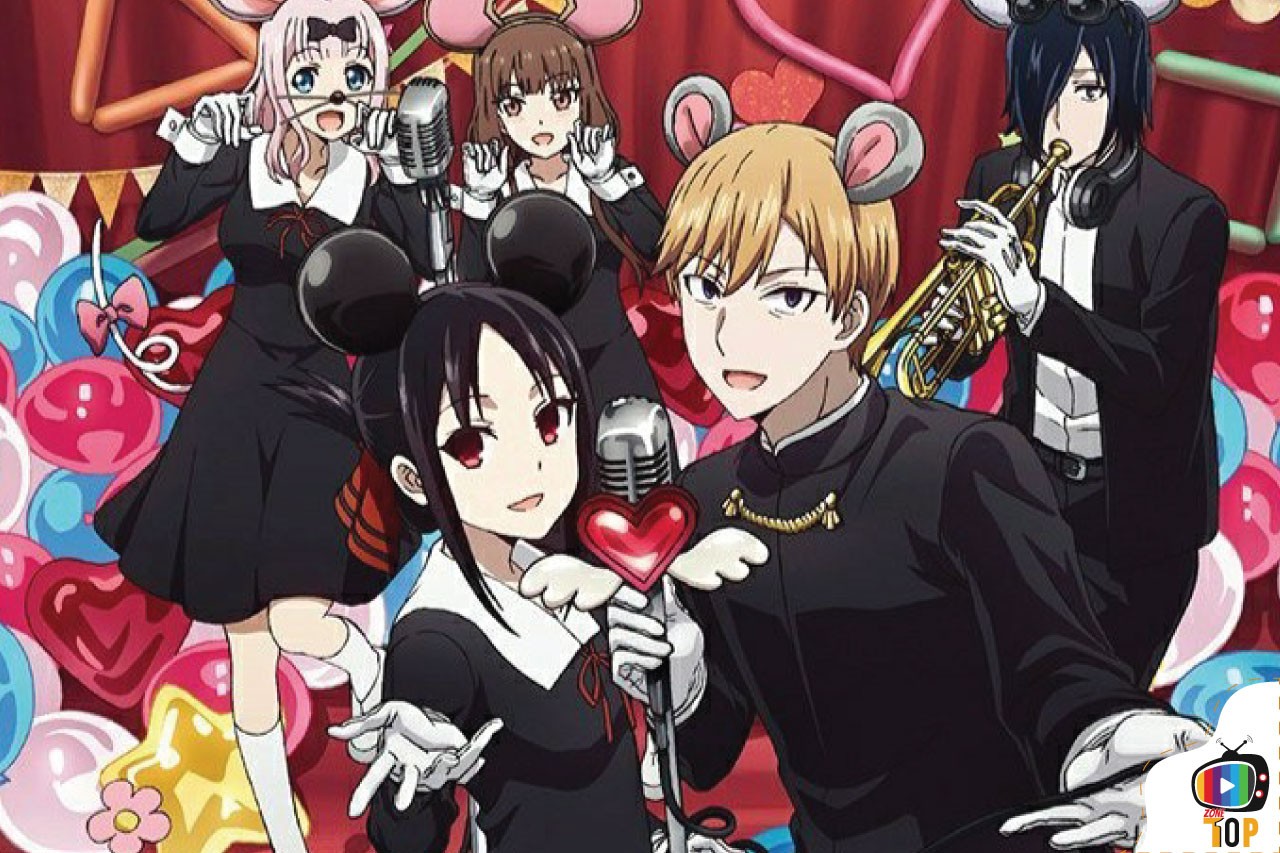 The best anime of the year according to MyAnimeList by a decent margin is the second season of Kaguya-Sama: Love Is War. The show’s second season continued to build upon the series’ successful blend of sincere heartfelt romance and hilarious comedy as two elite high school students try to confess their love to one another.

The show’s second season also shows a stronger interest in telling longer storylines than the first with the student council election and sports festival adding a more continuous narrative in the series. The second season also improves upon its predecessor by fleshing out characters like Ishigami from the first season and introducing new characters like Lino to add interesting new dynamics to the series. 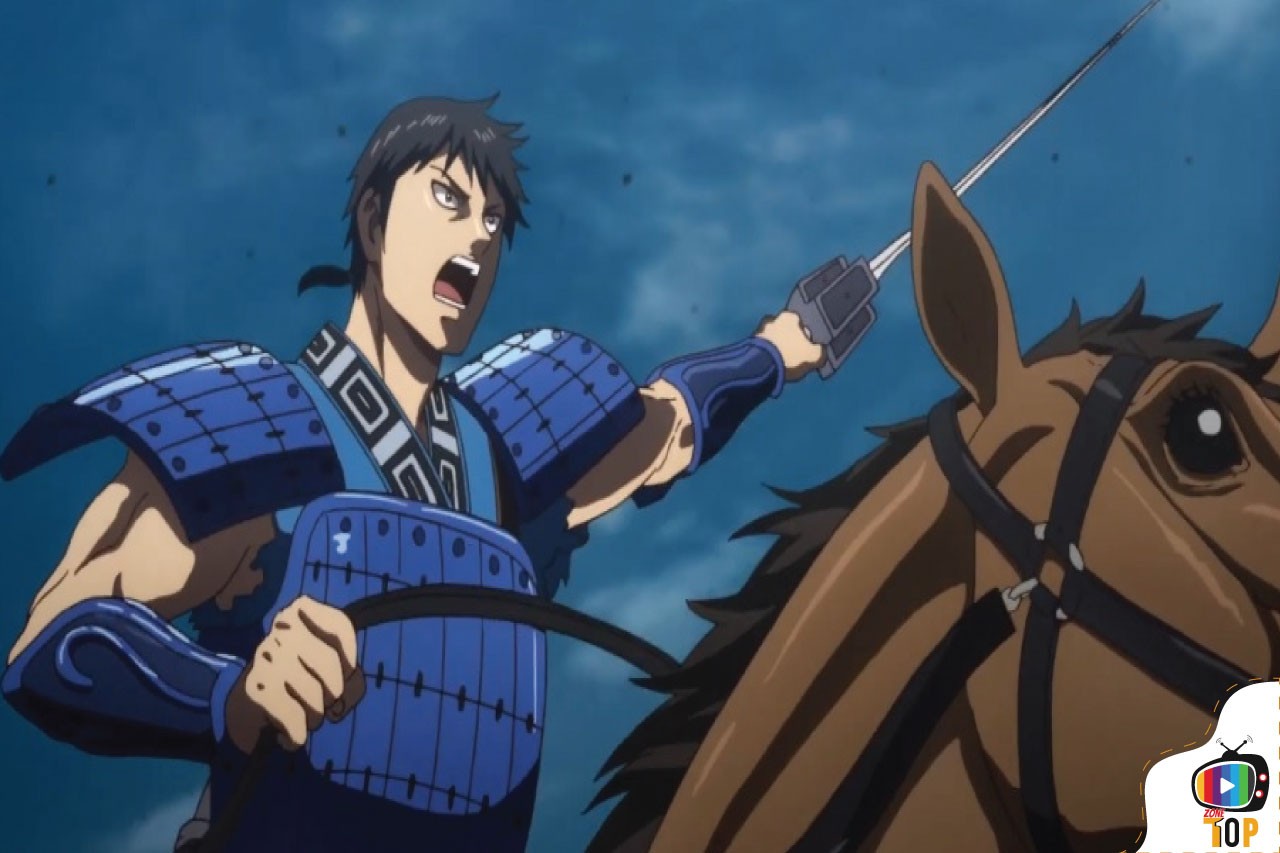 The second highest-rated anime on this list is a surprising one. The kingdom is an anime series based on a manga that tells the story of the rise of the Qin dynasty in ancient China. The story tells of the rise of a Qin warrior named Xin as raised from war orphans to the kingdom’s best general.

With this season adapting, what readers of the manga consider, the manga’s best arc guarantees that this season is a better rate than the previous two. That’s not all going in Kingdom Season 3’s favor, as it is the rare anime to see its animation get better after switching studios between the seven-year gap between seasons. Along with this better animation is a better score at the hands of noted composer Hiroyuki Sawano of Attack on Titan fame. 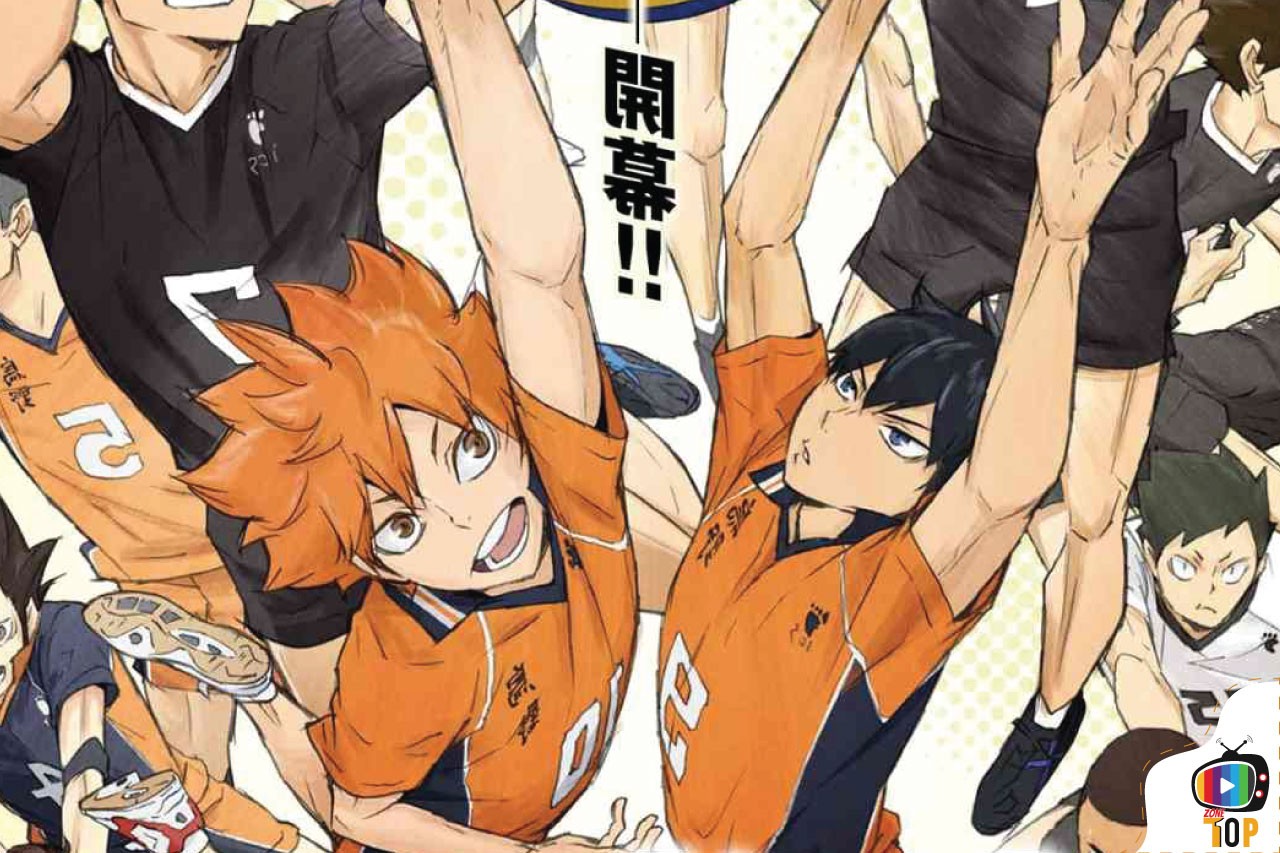 Speaking of anime getting a new season after a long time, the popular anime series about male high-school volleyball has returned after a four-year gap. While the second half of Haikyuu’s fourth won’t air till this summer, the new season has been well received by the fanbase so far.

Despite some minor controversy over some sight change in visual due to Production I.G. having a different production staff for this season, the series is still well received. This is likely due to this season being more character-driven than previous ones with the arc it adapting to being one about the boys at training camp rather than a major volleyball tournament than the last season. 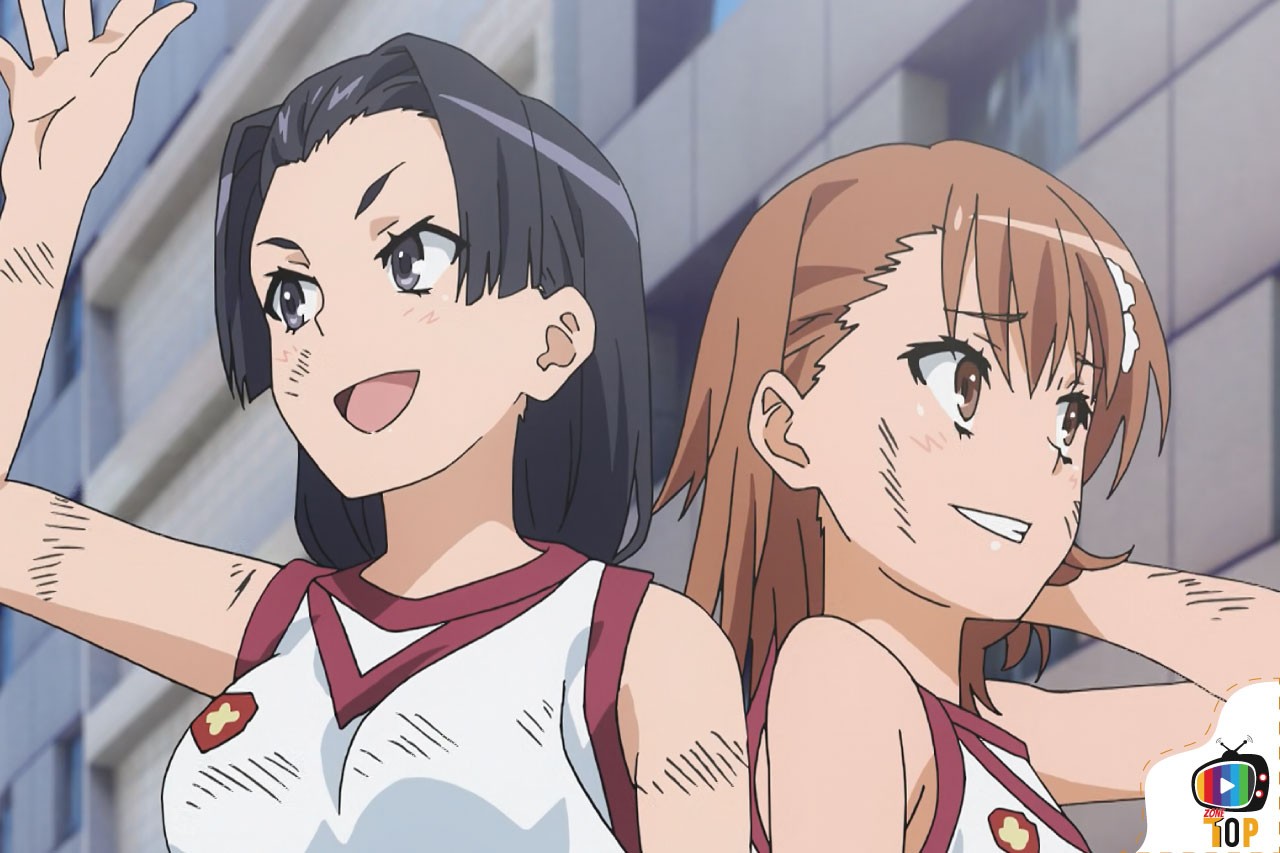 2020 seems to be a good year to make a new season for a show after seven years, as this top ten list includes another anime that the third season for a show that last came out in 2013. A Certain Scientific Railgun adapted the popular manga spin-off of a Certain Magical Index with this season adapting the manga’s Daihasei Festival and Dream Ranker Arc.

This season counties the last two seasons success blending fun character with crazy, fun to watch fights. What season bring improvement-wise is that it lacks the filler arcs that plagued the show’s first two season thanks to the seven-year-long gap given J.C. Staff more source material to work with. A testament to the show’s popularity is that its numerous delays brought about by the current pandemic situation didn’t discourage fans from watching. 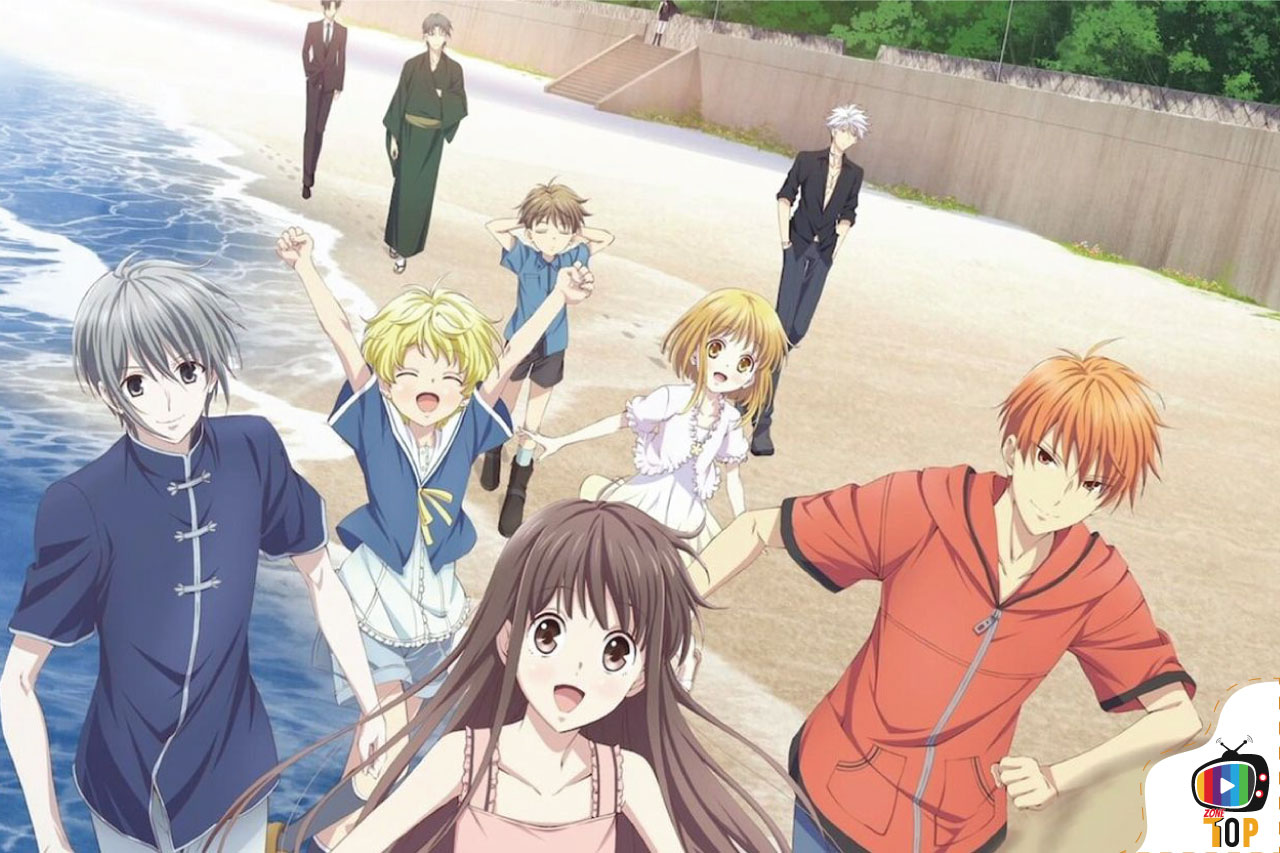 The rebooted adaption of the Fruits Basket continues to impress anime fans with its second season. This season continues Tohru entanglements with the Sohma family, a family whose children are cursed to transform into the animals of the Chinese Zodiac. This season should be noted as having gotten past the material that was used as the base for the now-disowned 2001 anime adaption.

The second season continues to build upon the strengths of the reboot’s first season. This includes most noticeably great animation from TMS animation and more manga-accurate character design. The anime also benefits from adapting a manga long-concluding allowing the staff to make a better adaption thanks to knowing how the series ends.

05. Keep Your Hands Off Eizouken! 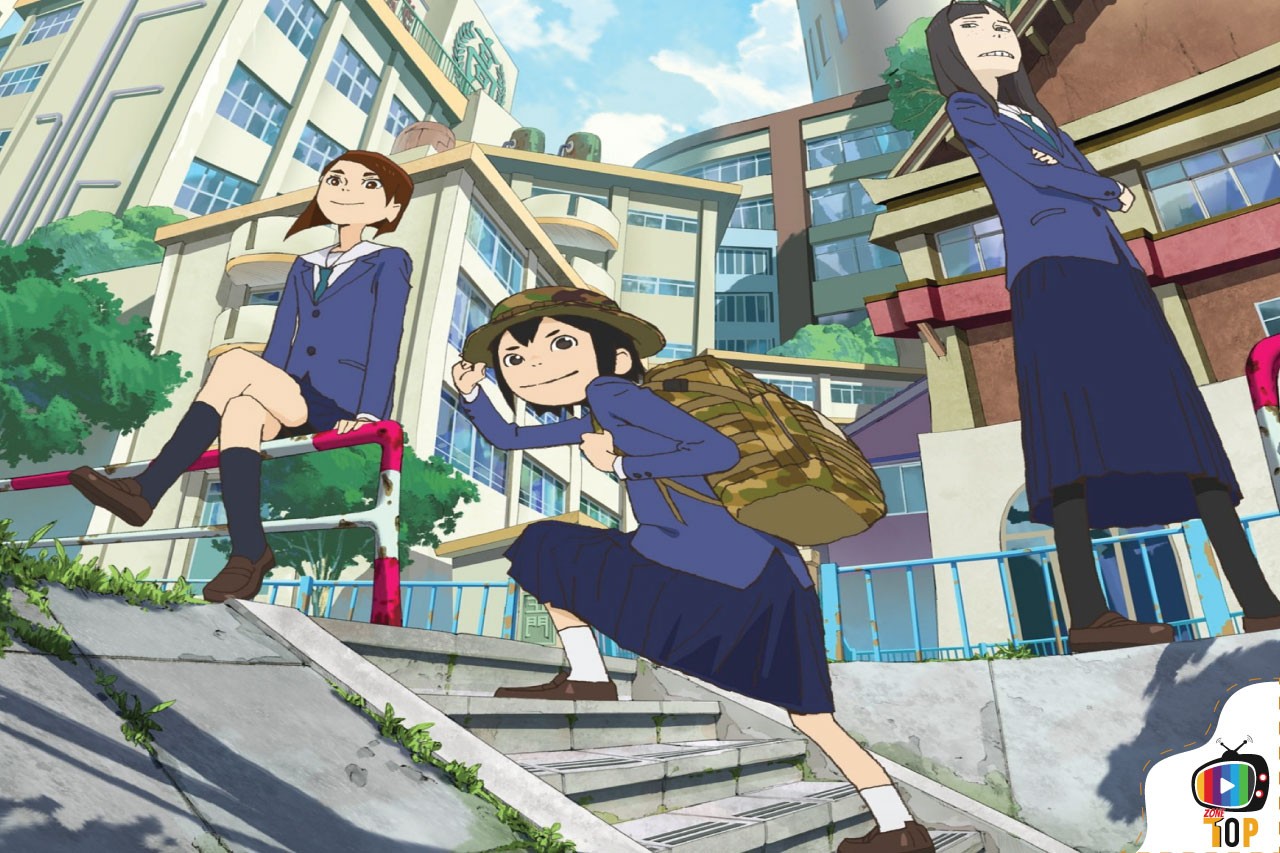 Science SARU continues its successful brand of making great adaptions of off-beat manga series. In this year’s case, it’s the manga Keep Your Hands Off Eizouken! that follows three high school girls as they try to start up their animation studio.

The series is well regarded for a ton of reasons, ranging from its unique art style to its being surprisingly educational about how animation is done and produced. The series also stands out due to it taking place in a simultaneously familiar and futuristic Japan. 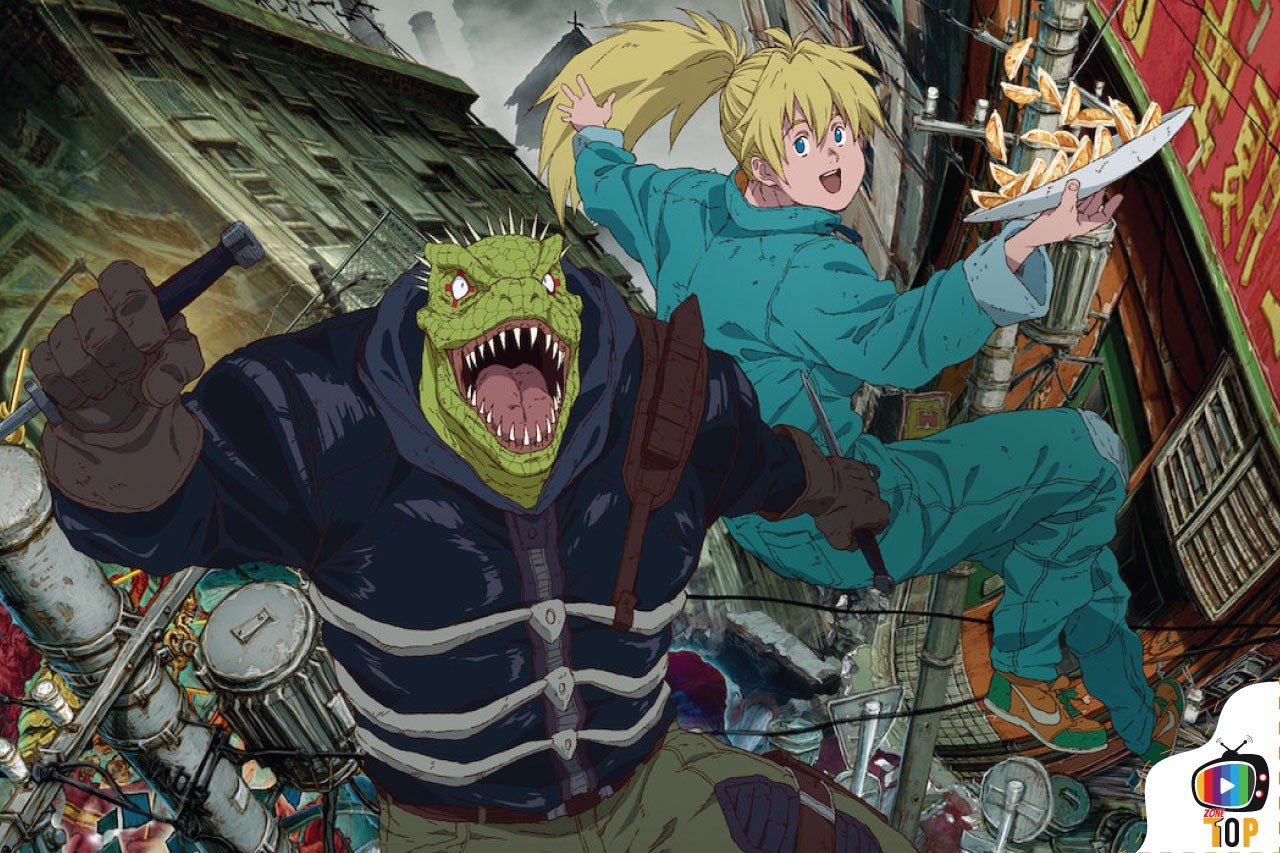 Studio MAPPA continues to build up its reputation of creating great adaption of various Seinen manga series. In this year’s case, it’s Dorohedoro. The series takes place in the Hole, a dystopian city, whose denizens are exploited by sorcerers from another dimension.  The series follows Kaiman, a human transformed into a lizard-man by an unknown sorcerer, as he tries to hunt the sorcerer responsible.

The series is highly rated for several reasons. One is that the series proves that in the right hands, a manga’s art style can successfully be translated to a mostly CG-anime. Another is that series does a great job in balancing its grim setting with some of the best bits of black comedy seen in the medium. 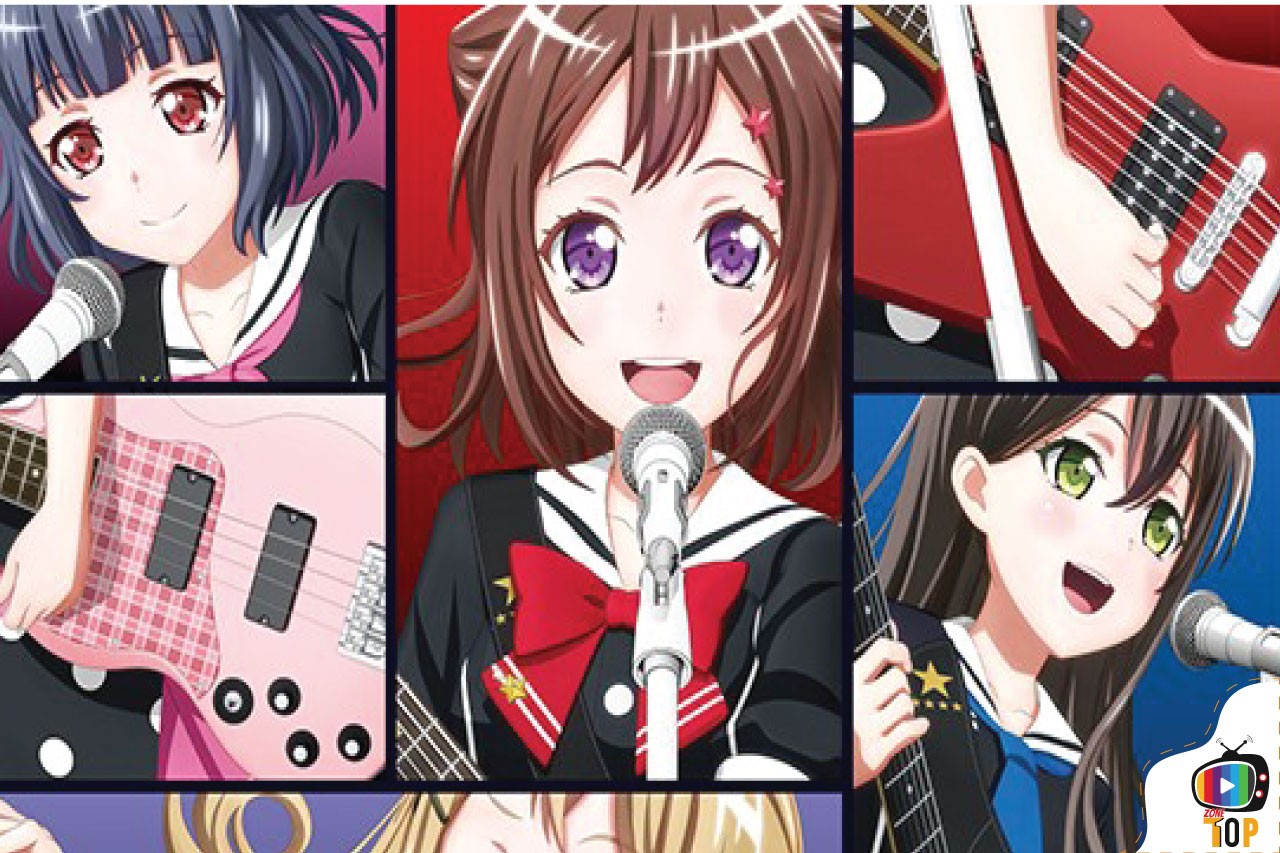 The most surprising entry here would be the third season adaption of Bushiroad’s popular music franchise. This season focuses on three bands from the franchise, Poppin’ Party, Roselia, and RAISE A SUILEN, as they seek to establish themselves as musicians.

The third season is well-received compared to its mixed predecessor for a couple of reasons. One is that the production staff has figured out how to make its CG animation style look nice. Another is that show decided to focus on three bands than the franchise’s five allowing for it to tell a more narratively tight story this season. 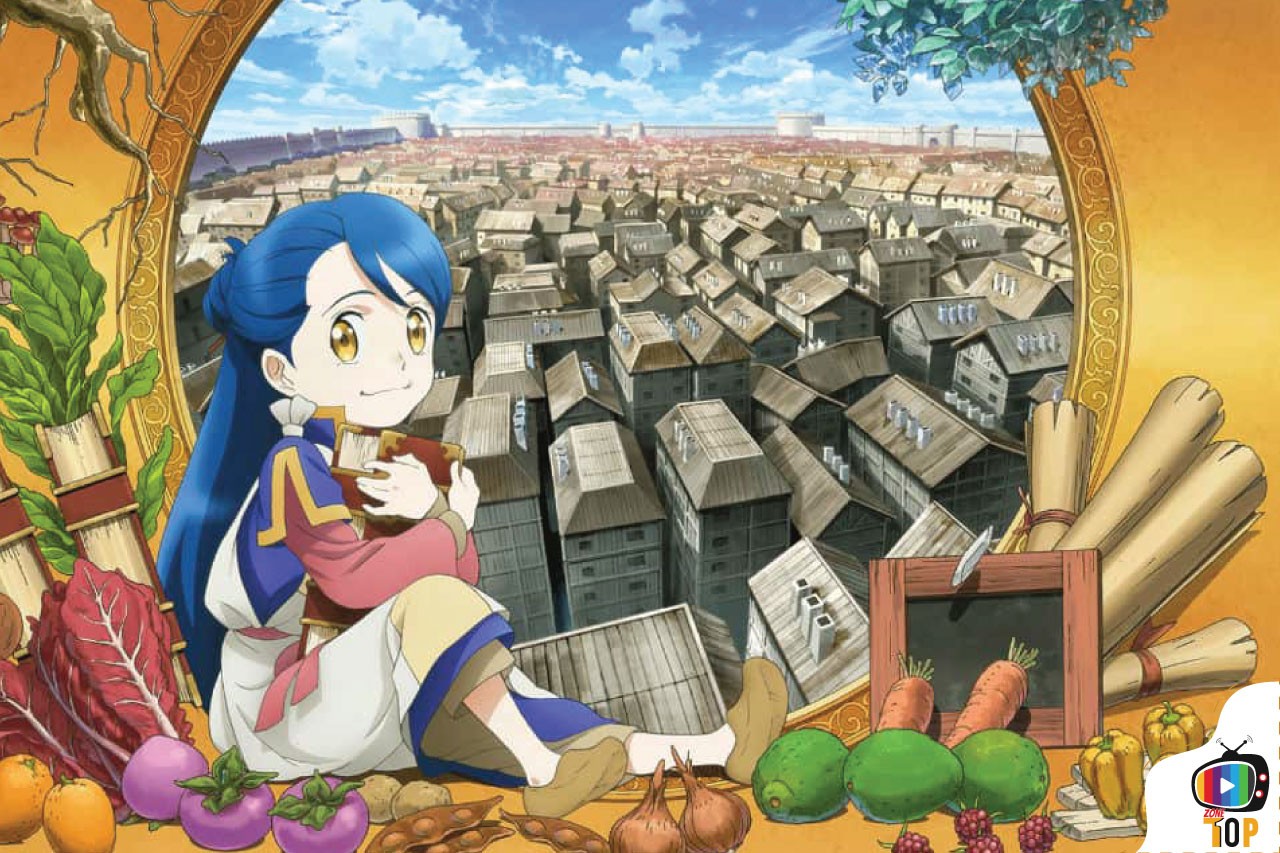 The most well-received isekai series of 2020 so far would be Ascendance of a Bookworm’s second season. The series follows librarian  Urano Motosu as she is reborn in a fantasy world as a young peasant girl named Myne. The show’s second season sees Mryne join the church in her effort to become the first librarian in this medieval fantasy world.

The ascendance of a Bookworm’s second season continues to build upon its first season to craft a rather unique entry in the isekai genre. Unlike other series in the genre, Ascendance of a Bookworm is more grounded focusing less on grand fantasy conflict and focuses more on a hero trying to improve the society there stuck in. 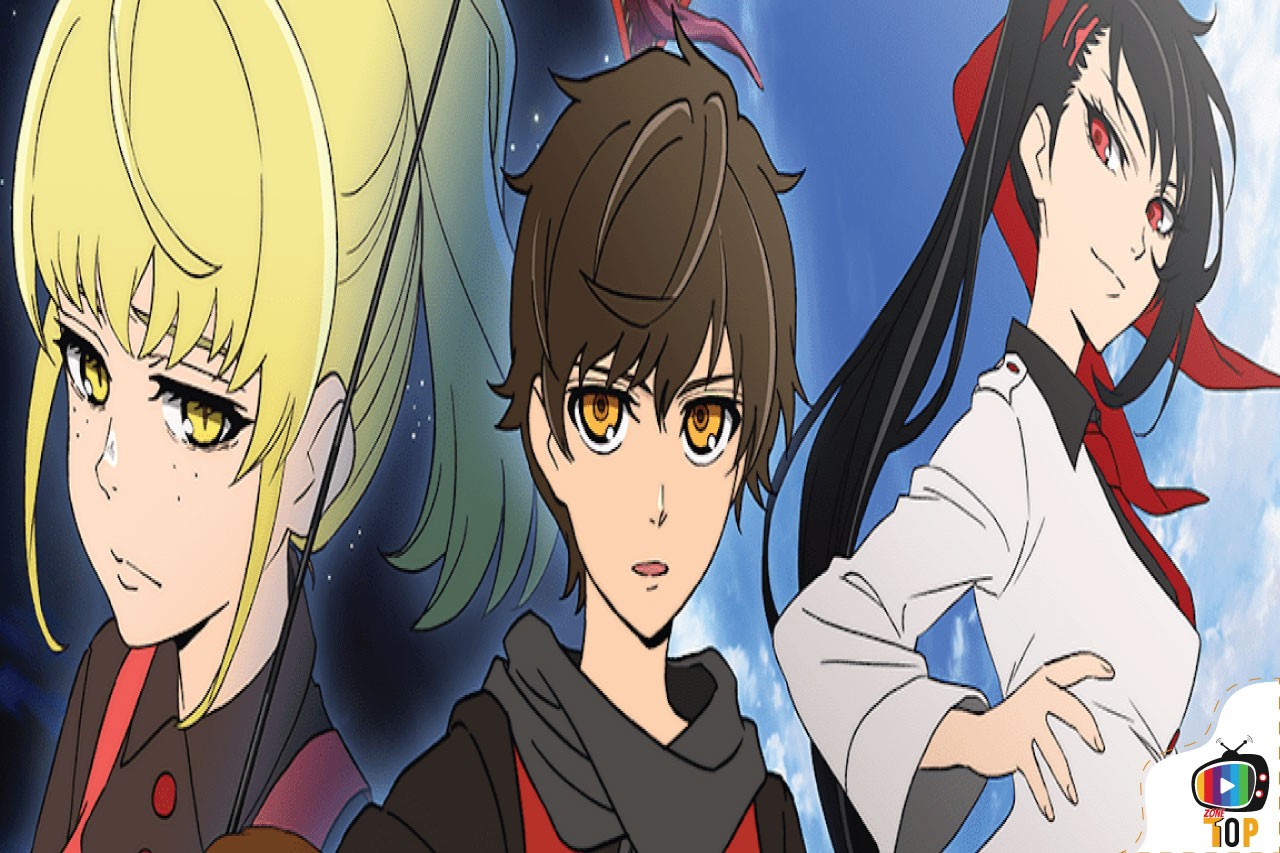 Tower of God is the first of what appears to be a series of major anime adaptions based on Korean manhwa. The series follows a young man named Bam as he tries to find his best friend Rachel in a gigantic tower that is alleged to grant the wish of anyone who reaches its top.

The series has been well received for its distinctive feel, being both an approachable fantasy series and a darker take on the genre.  The series also enjoyed great animation and a beautiful score by Kevin Penkin of Made in Abyss fame.