Not only does an annual Prime subscription give you free two-day shipping, but you also get unlimited streaming of both licensed and original movies. That includes classic blockbusters and newer hits.

With thousands of titles at your fingertips, though, finding the best movies on Amazon Prime Video doesn’t need to involve hours of scrolling. Our recommendations range from quirky comedies to chilling horror movies to quirky from serious dramas. There’s something for everyone on Amazon Prime Video. 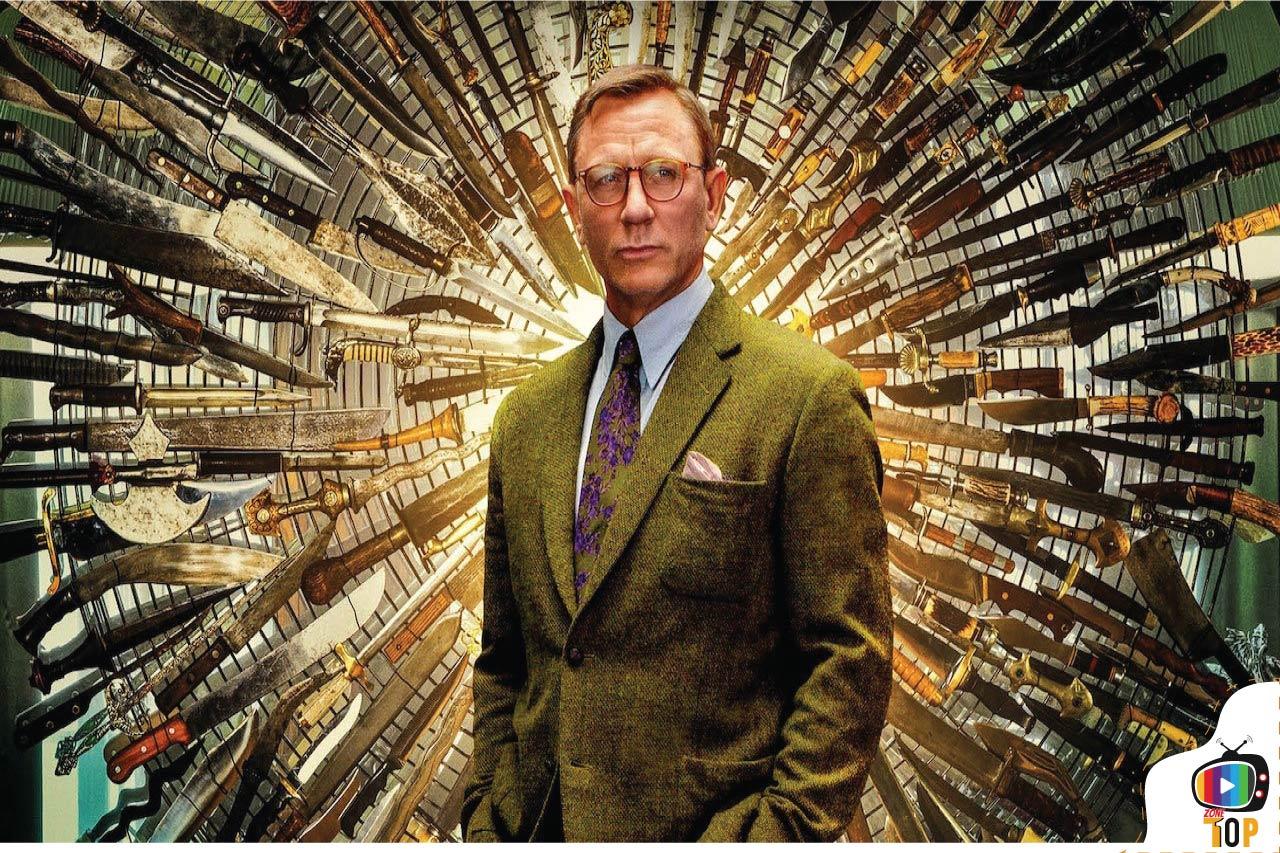 The 2019 whodunnit mystery from writer-director Rian Johnson is both old school and modern, with an A-list cast that all look like they’re having a tremendously good time. The story starts with the death of wealthy crime novelist Harlan Thrombey (Christopher Plummer) on the night of his 85th birthday. Famous detective Benoit Blanc (Daniel Craig) is called in to investigate it as a murder, with his family members as the prime suspects. Caught up in the action is Harlan’s nurse Marta (Ana de Armas). The case is full of twists, turns, and red herrings. But as well-plotted as the movie is, it’s really the distinctive characters that make it such a delightful experience. 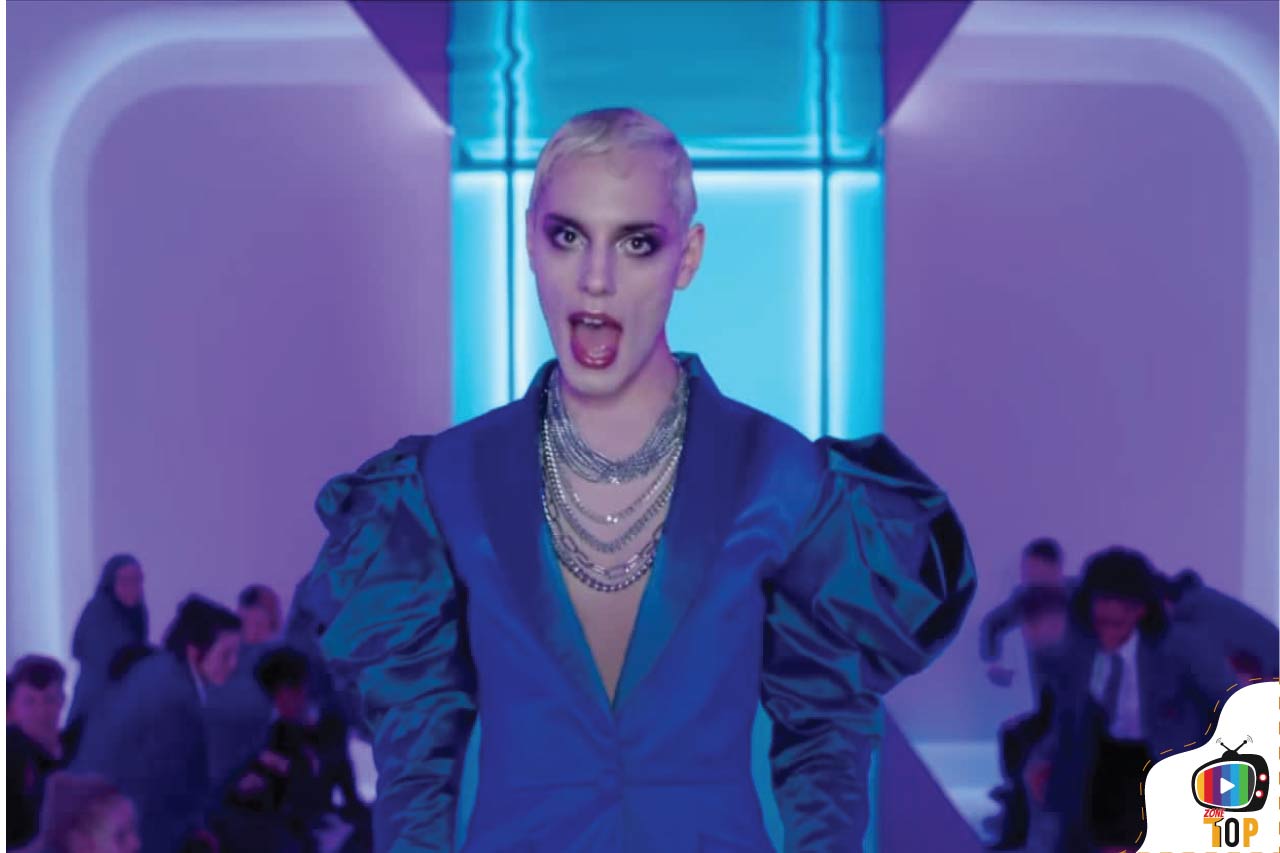 If you’re in need of a fun, fabulous, feel-good movie this weekend, this West End stage play-turned-feature film will likely have you not just off the couch, but setting up a runway in your living room. Originally based on Jenny Popplewell’s popular TV movie, Jamie: Drag Queen at 16, this Amazon Original Movie is an adaptation of the stage musical from the same team – director James Butterell, composer Dan Gillespie, and lyricist Tom McRae. Sixteen-year-old Sheffield high schooler Jamie New (Max Harwood) has big dreams of becoming a drag queen. And while his chosen path is unconventional and even frowned upon by his classmates, his own father (Ralph Ineson), and the locals, Jamie gets nothing but support from his loving mum (Sarah Lancashire), best friend, Pritti (Lauren Patel), and old drag legend Miss Loco Chanelle (Richard E. Grant), who agrees to teach Jamie all he knows about drag. Full of big, bold, and colorful musical numbers (there’s a lot of dancing on desks going on), if Everybody’s Talking About Jamie doesn’t help you shake off the fall funk, you may want to check your pulse. 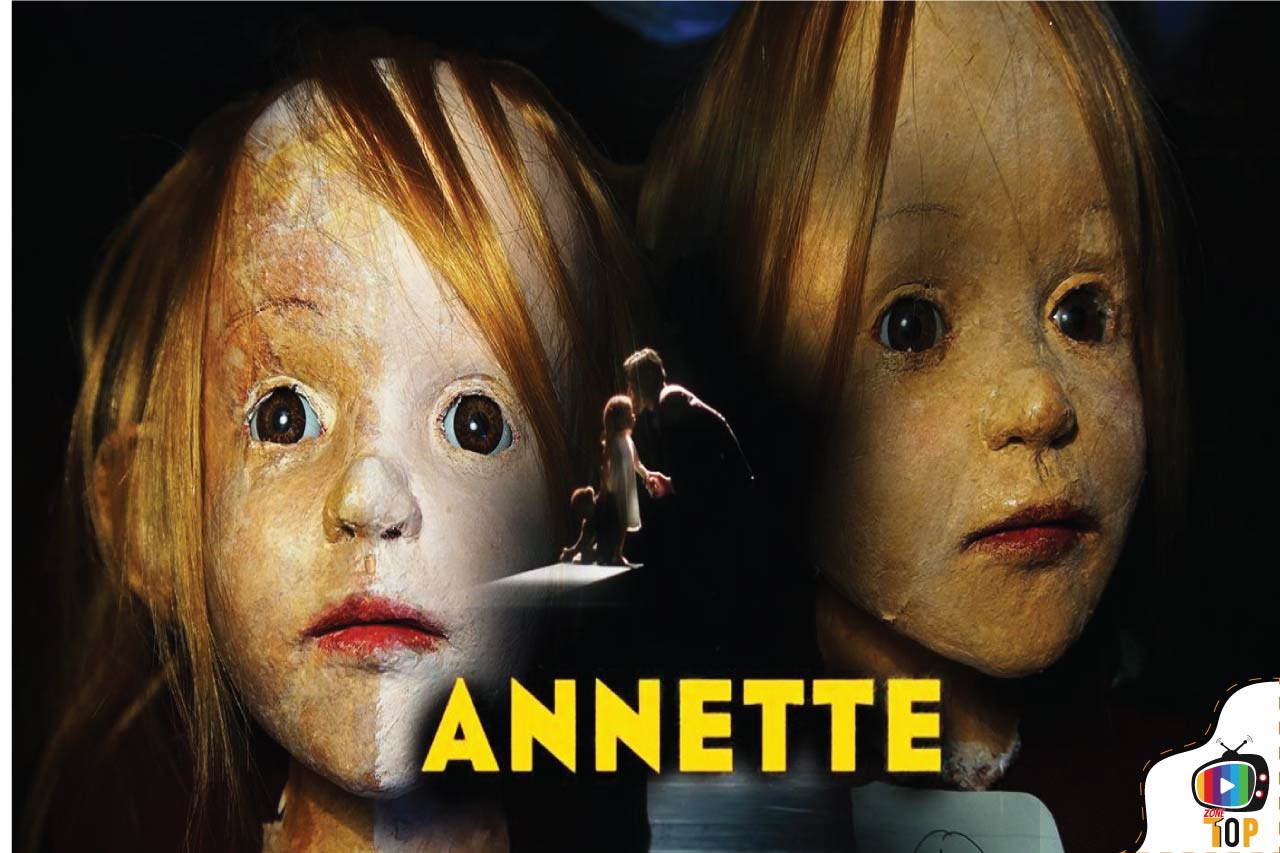 If you’re among the multitude of people whining that everything’s been done before or that remakes and re-imaginings are all anyone does anymore, then for that reason alone, Annette is worth a try. We’re not saying you’re going to like it. The critics seem to be pretty divided on this one, with many praising it for its originality, while others call it too odd for its own good. But risky performances from two Hollywood greats, Oscar-winner Marion Cotillard and the twice-nominated Adam Driver, make Annette already worth the price of your Prime membership. With a story and original music (yes, it’s a rock opera with lots of singing, so buckle up) written by Ron and Russell Mael of the quirky ’80s pop band Sparks (who are kind of having a moment right now with the Edgar Wright documentary about them, The Sparks Brothers), Annette follows the love journey of a most unlikely couple, Henry (Driver), a harsh stand-up comedian, and Ann (Cotillard), a beautiful and world-famous opera singer, whose lives in the spotlight are rocked with the arrival of their daughter, Annette, who has mysterious abilities. Intrigued? 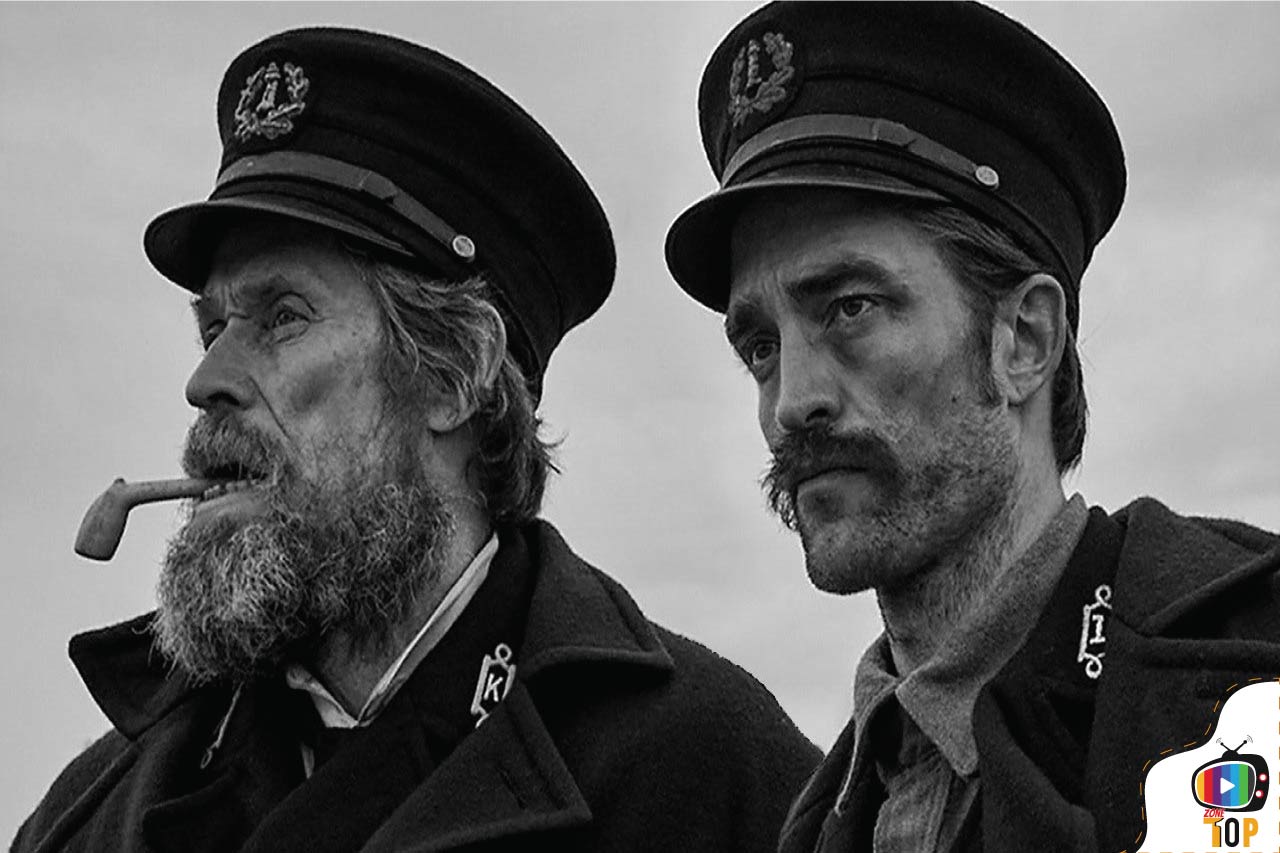 One of the more deeply weird, highly unsettling films in recent memory, this psychological horror-thriller comes from director/co-writer Robert Eggers, the mind behind The Witch.

Willem Dafoe and Robert Pattinson star as two lighthouse keepers who start to lose their sanity when a storm strands them on the remote island where they are stationed. Shot in black and white, The Lighthouse is gorgeously made, wonderfully acted … and it will totally f— with your head, which is why it’s one of the best movies on Amazon Prime Video.
Two men both named Thomas (Willem Dafoe and Robert Pattinson) are working as lighthouse attendants on a dislocated New England island, both struggling to maintain sanity and their grasp on reality itself.

Though this film is classified as horror, that is really only because of the tension created by masterful cinematography, a haunting soundtrack, and the stirring performances by Pattinson and Dafoe. 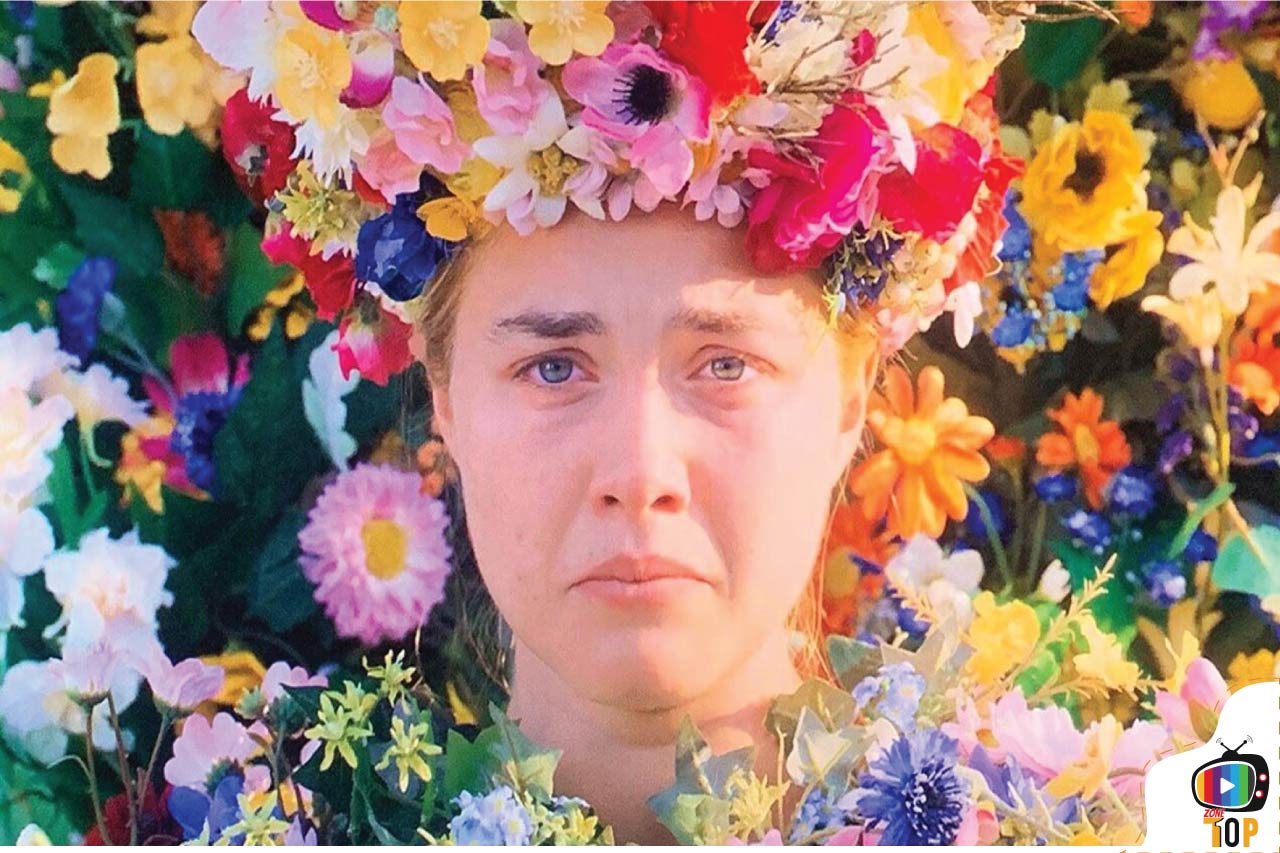 Midsommar is one of the best horror movies I’ve seen in recent memory, and it’s extremely not for everyone. A jarring tale of grief and being in a bad relationship, Midsommar tracks the life of psychology student Dani Ardor (Florence Pugh), whose family dies in a very gut-turning way. And so how does she pivot to calm herself? Well, she’s got this terrible boyfriend, whose bro buddies hate her, and they all go on a trip to Sweden for a festival that only happens every 90 years. And that is where everything goes very wrong. Cult practices, blood in broad daylight, and constant betrayals greet Dani at every turn. And since it’s an Ari Aster (Hereditary), it’s as beautifully shot as it is jarring.

6-One Night in Miami 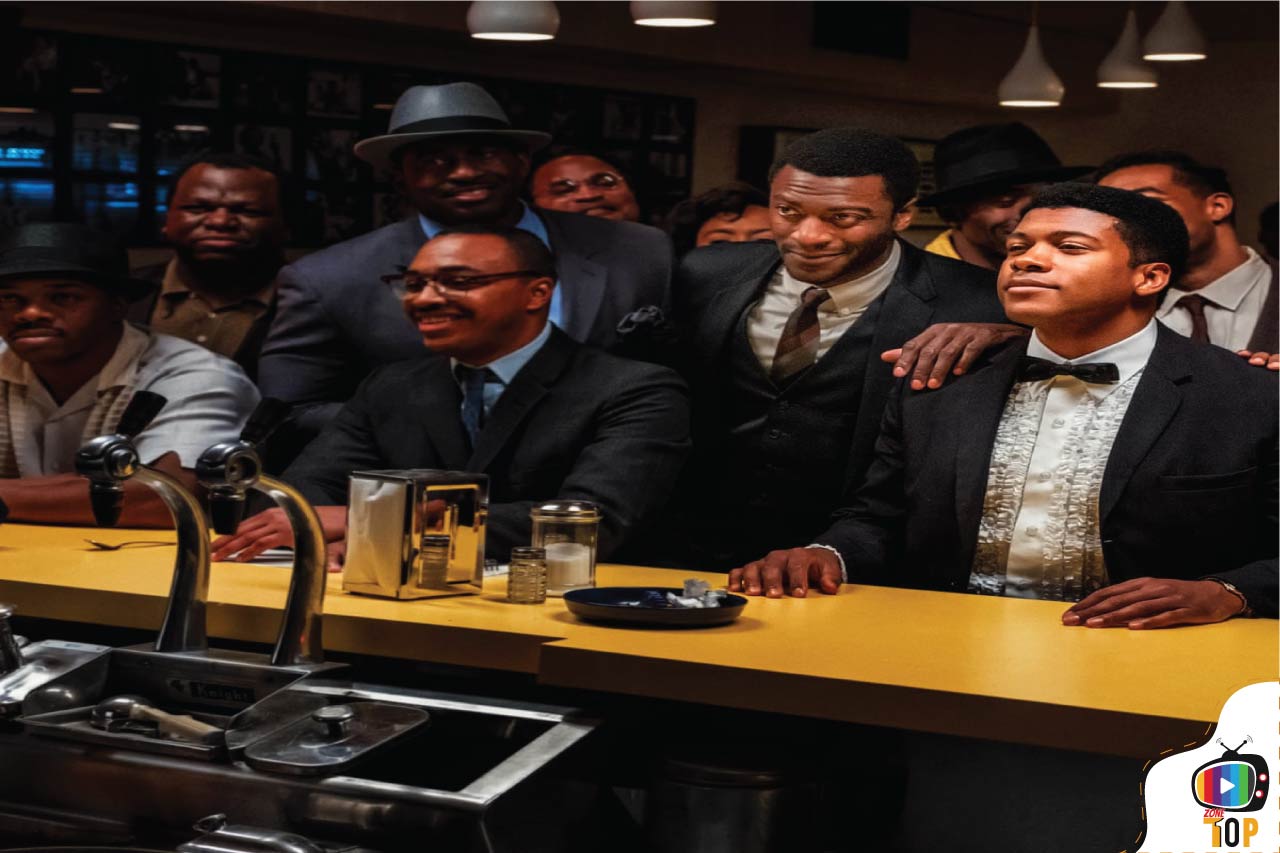 A film based on true events follows four icons in their prime, Muhammad Ali, Malcolm X, Jim Brown, and Sam Cooke, as they meet in Miami one historic night. As these figures come together in the mid-1960s, they discuss what their success and responsibility mean as they carry the weight of the world during the civil rights movement. In Regina King’s directorial breakout, we learn more about the struggle of civil rights in its time and how it has changed today. Boasting a handful of Oscar nominations this year, this film is a powerhouse of performance and information to take with you. 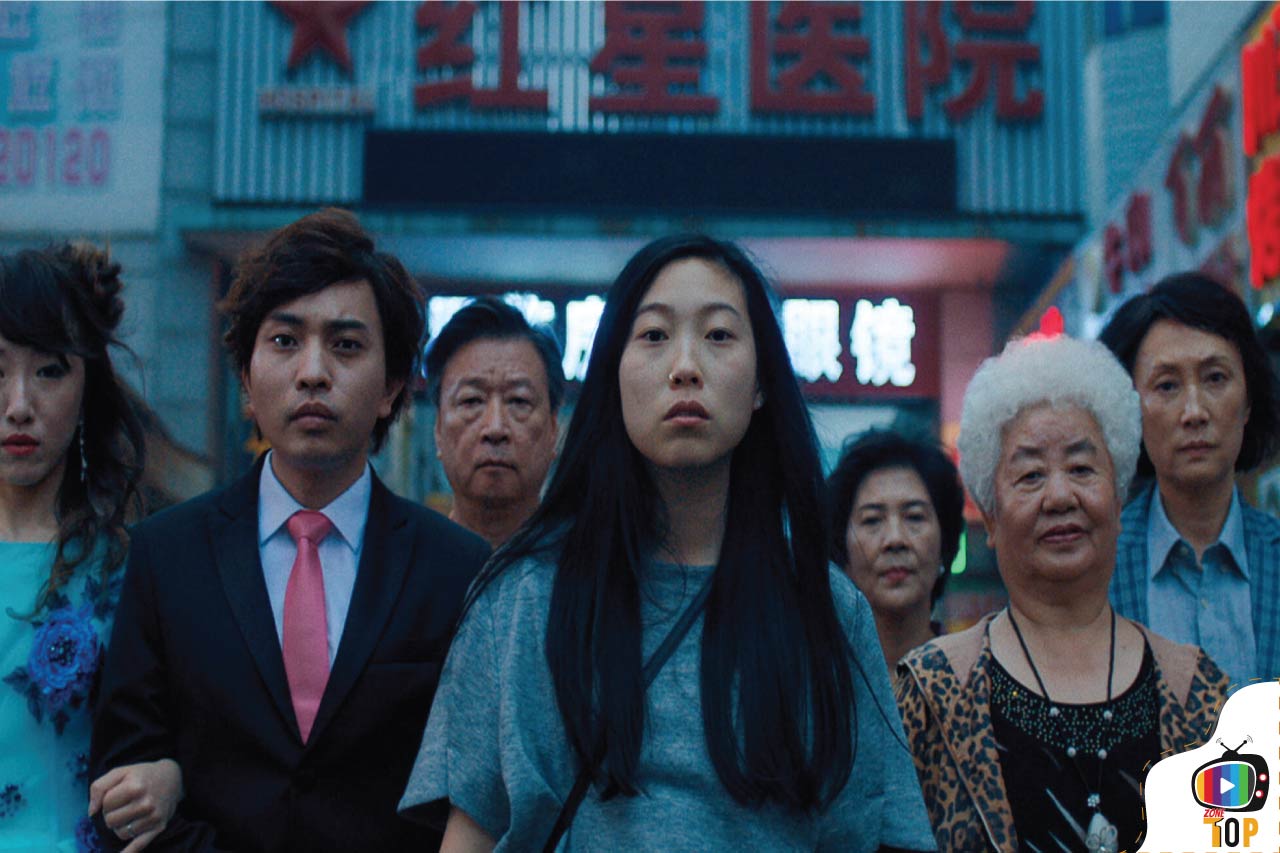 This warm and touching family dramedy stars Awkwafina as Billi, a young New Yorker who is devastated by the news that her beloved grandmother is dying. The entire family decides to hide the truth from Grandmother herself, but plans an impromptu wedding for Billi’s cousin so that they can gather together without her realizing it may be for the last time. The exceptional performances, particularly from Awkwafina and Zhao Shuzhen as grandma Nai Nai, make this family portrait rich and nuanced. The gorgeous meditation on the weird and wonderful bonds of blood makes it one of the best movies on Amazon Prime Video. 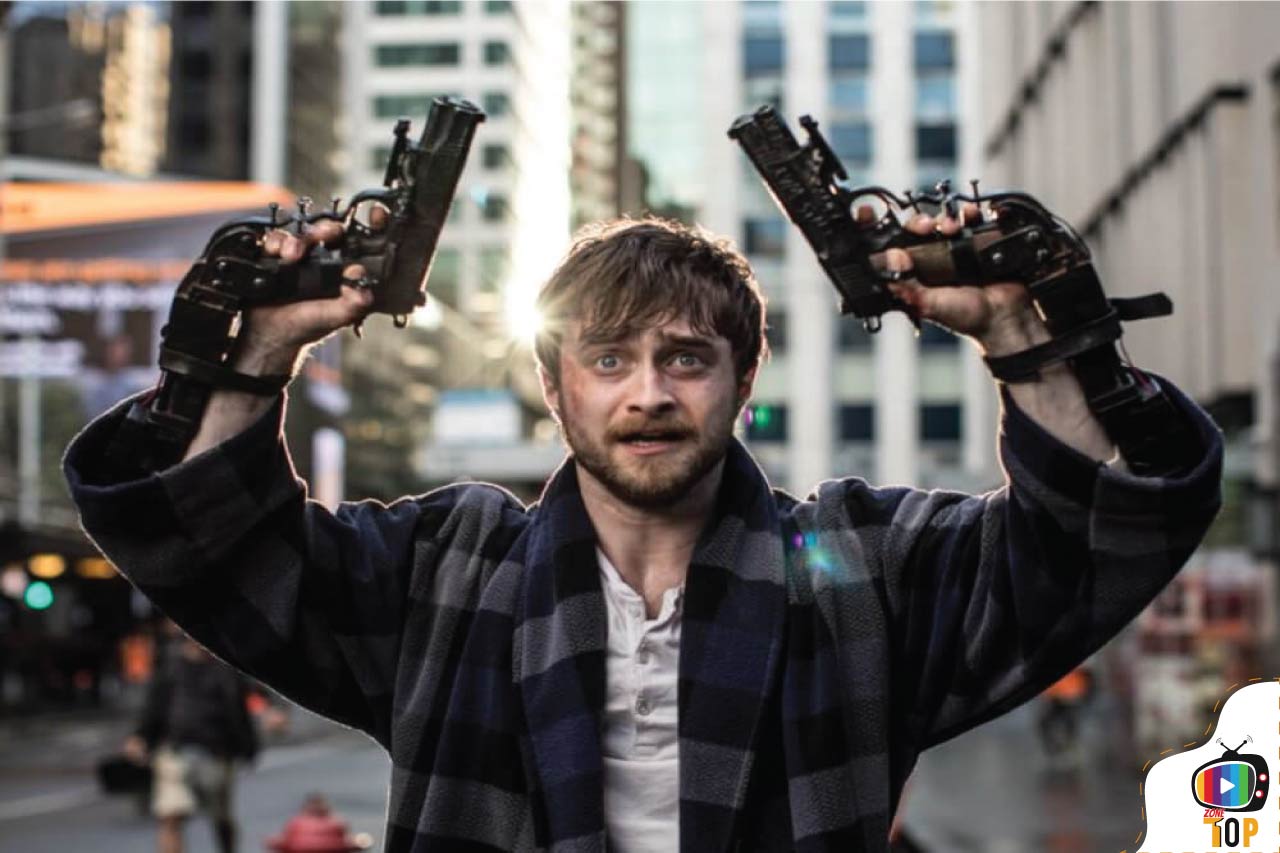 One of the few Daniel Radcliffe films following his career in the Harry Potter series, this film runs the exact opposite direction from family entertainment and headfirst into blood and carnage. An unconfident, office-working internet troll messes around on the wrong comment thread, resulting in his unwilling recruitment into a modern-day gladiator fight with the city as its battlefield. With some fun and original special effects and plot devices, Guns Akimbo gives Radcliffe an opportunity to expand and explore his acting range. 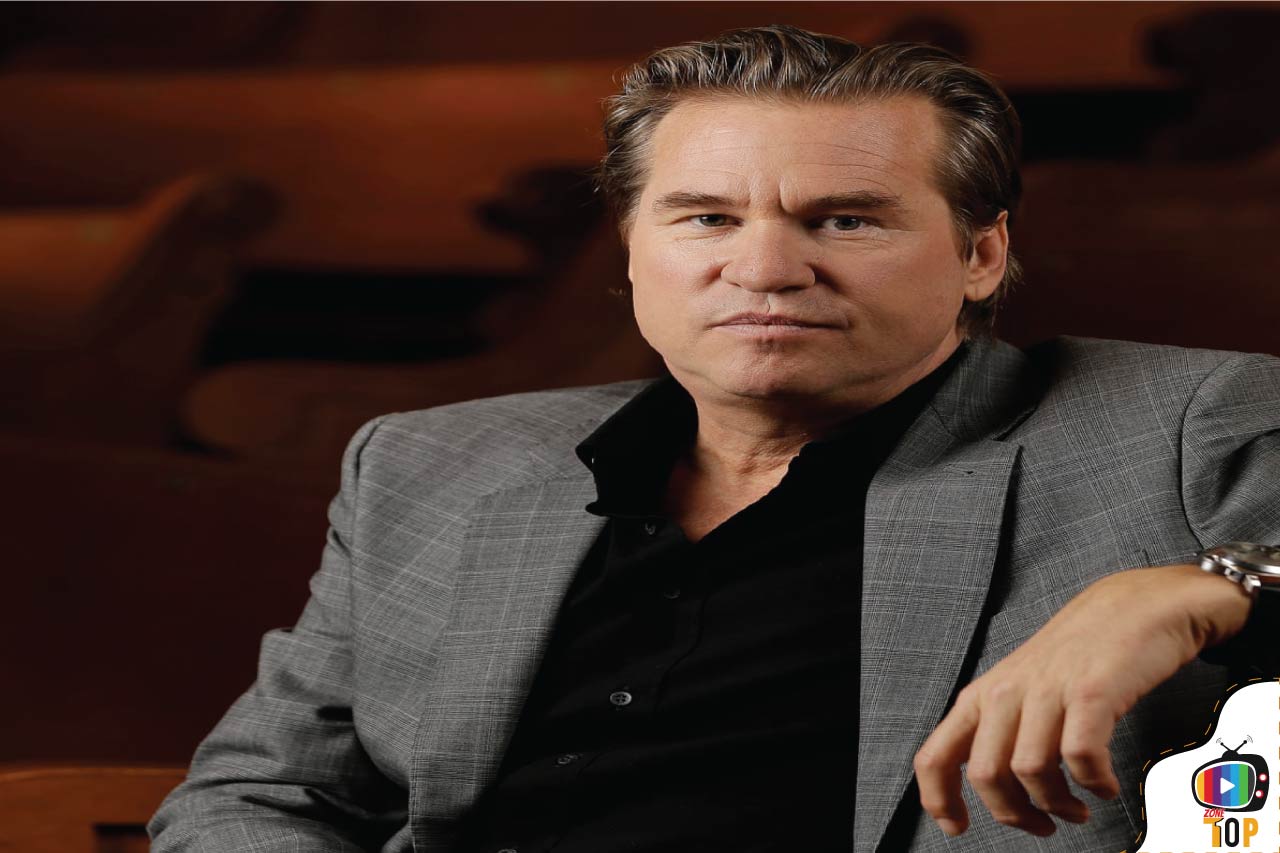 Focused on and filmed over a span of more than 40 years by Val Kilmer, Val is an Amazon original movie about the mythical man who portrayed such legendary roles as Batman, Doc Holliday from Tombstone, Jim Morrison, and Ice from Top Gun. A recent survivor and still recovering from throat cancer, Kilmer has decided to tell his story from the multitudinous, never-before-seen film that shines a light into his private life. 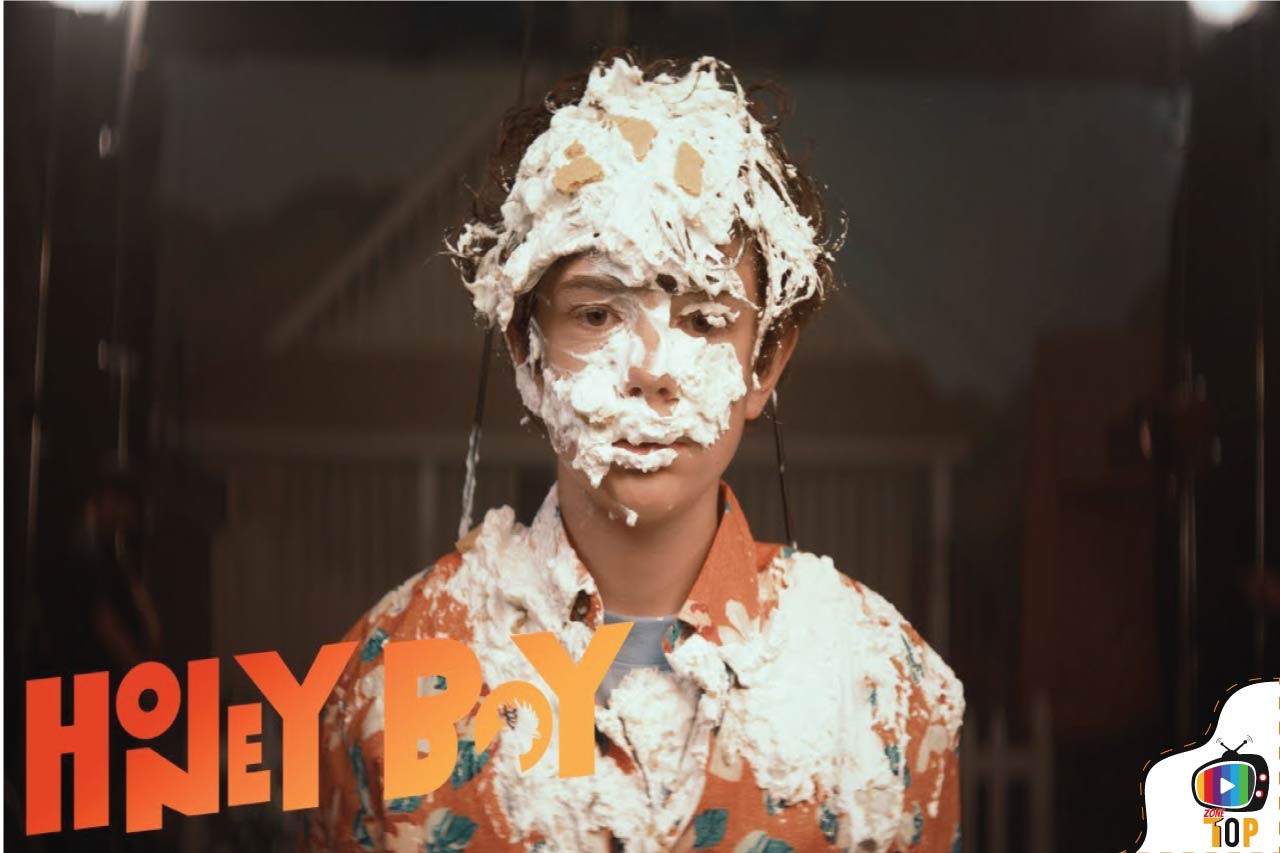 Loosely based on the life of once child actor and now tabloid target Shia LaBeouf, Honey Boy is a gripping and emotional tale riddled with fantastic performances. A 12-year-old boy starts to make it in Hollywood on a hit comedy show, causing his alcoholic and abusive father to push him forward in his own manipulative way. Fun fact: Shia himself chose to portray his own father in the film, despite telling his father that Mel Gibson would portray him to get him to sign off on the film’s creation.
Tags: Annette, Best Amazon Prime Video, best movies, Everybody’s Talking About Jamie, Guns Akimbo, Honey Boy, Knives Out, Midsommar, One Night in Miami, The Farewell, The Lighthouse, Val