Released in 2006, Nintendo Wii created a lot of buzz in the console gaming industry. With the introduction of Wii Remote controller and Nunchuk, gaming fans got glimpses of the motion tracking magic.

Unfortunately, it didn’t take long for the platform to fell out of favor due to its technical limitations and ease of cross-publishing games on other consoles and PC. But that doesn’t mean it’s completely dead.

Wii still caters to some of the most remarkable games ever made. Below is the list of best Wii games that you should check out. 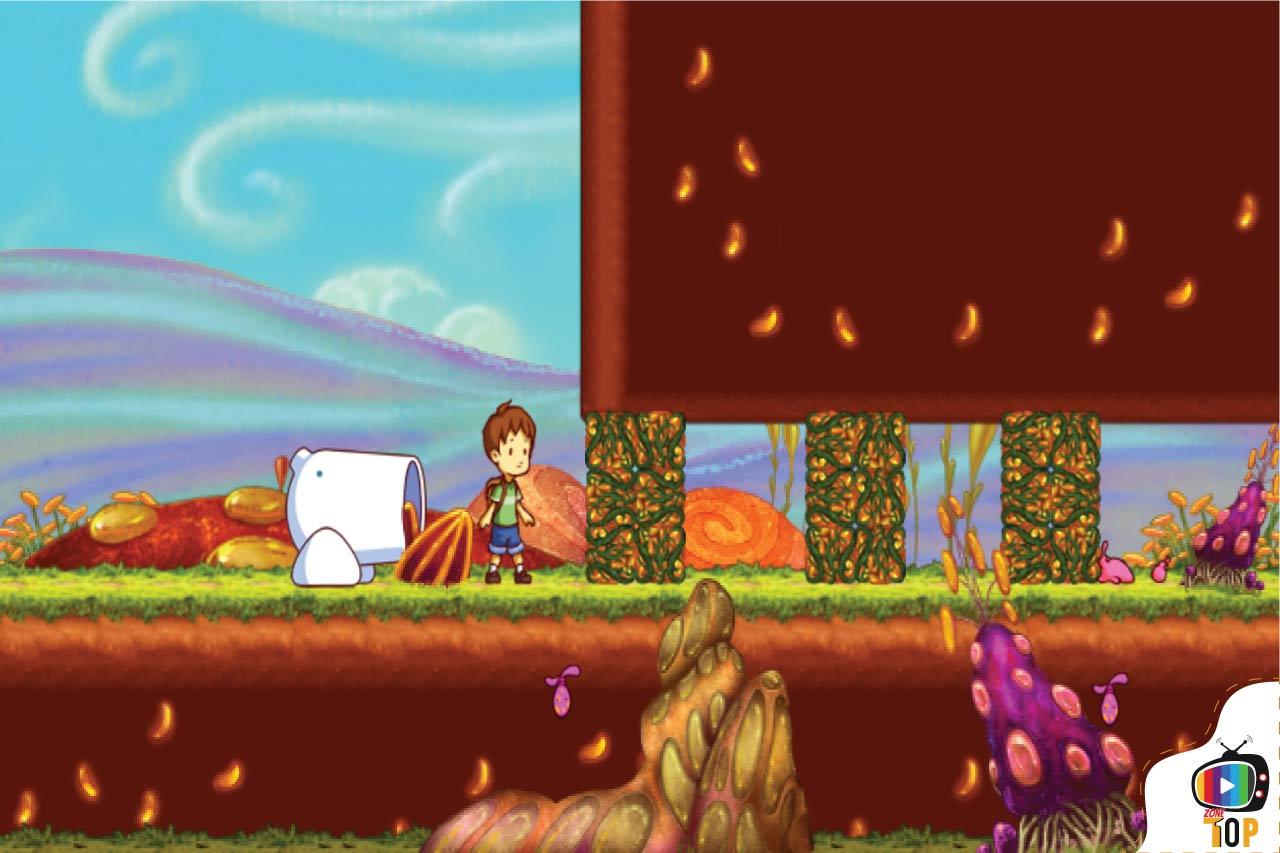 With highly inventive gameplay and outstanding storybook visuals, the updated adventure of A Boy and His Blob (originally on the NES) is absolutely worth checking out again or for the first time. Whether it’s the boy calling his pal in alternately playful and impatient tones or the blob obediently hopping along awaiting its next jellybean snack, this tale is as much about friendship as it is about adventure. Nothing drives this point home more than the hug button, which serves no other purpose than to make the boy snuggle his blob-like a favorite teddy bear. Simply put: You’d have to have a frigid, icy heart to not love this game on some level. 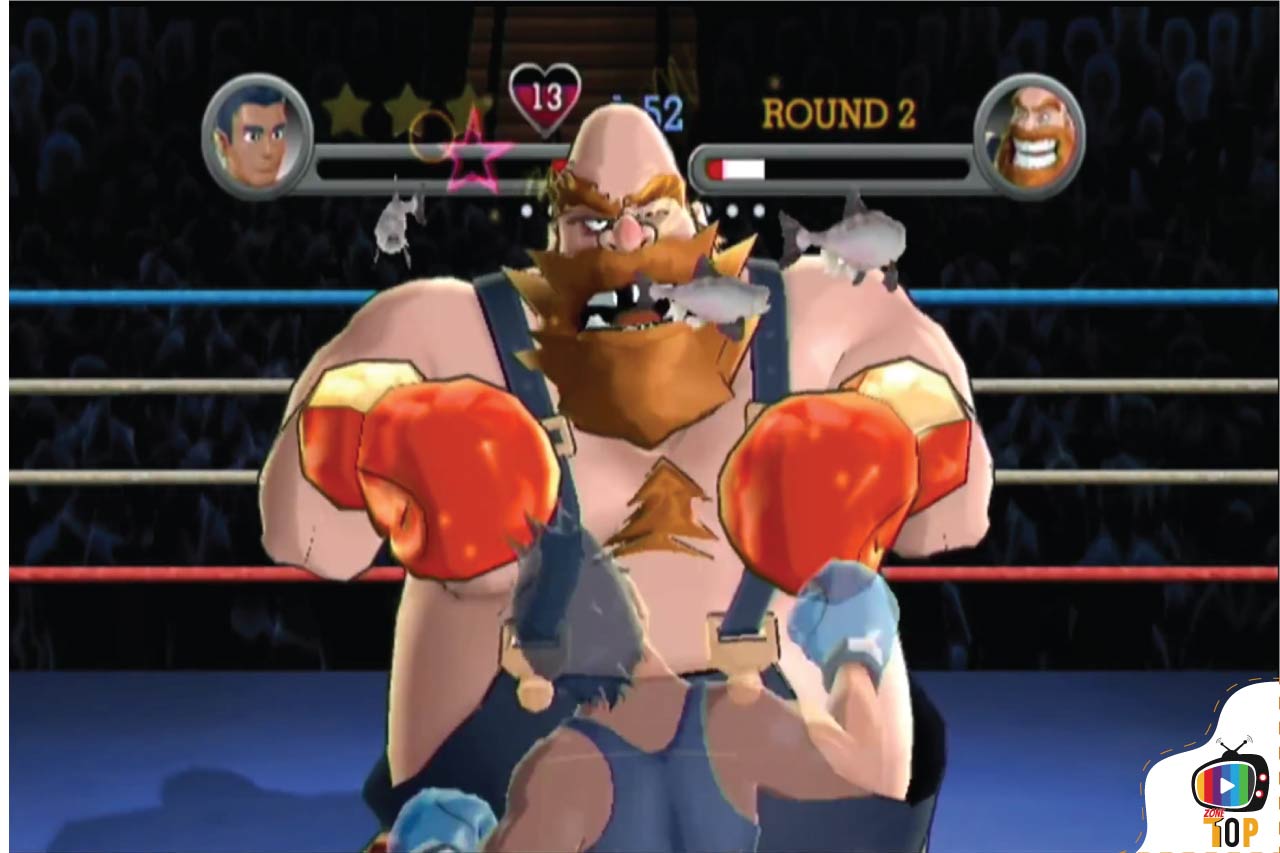 Next Level Games managed to recapture all the character and energy of the original Punch-Out!!on Wii while adding a beautiful cell-shaded graphical style. With all the fighters from the NES game returning, the motion controls were cute, if a little hit-and-miss, but the option to play using the old-school control style made this a truly excellent update of a classic boxer where it’s all about watching your opponent. 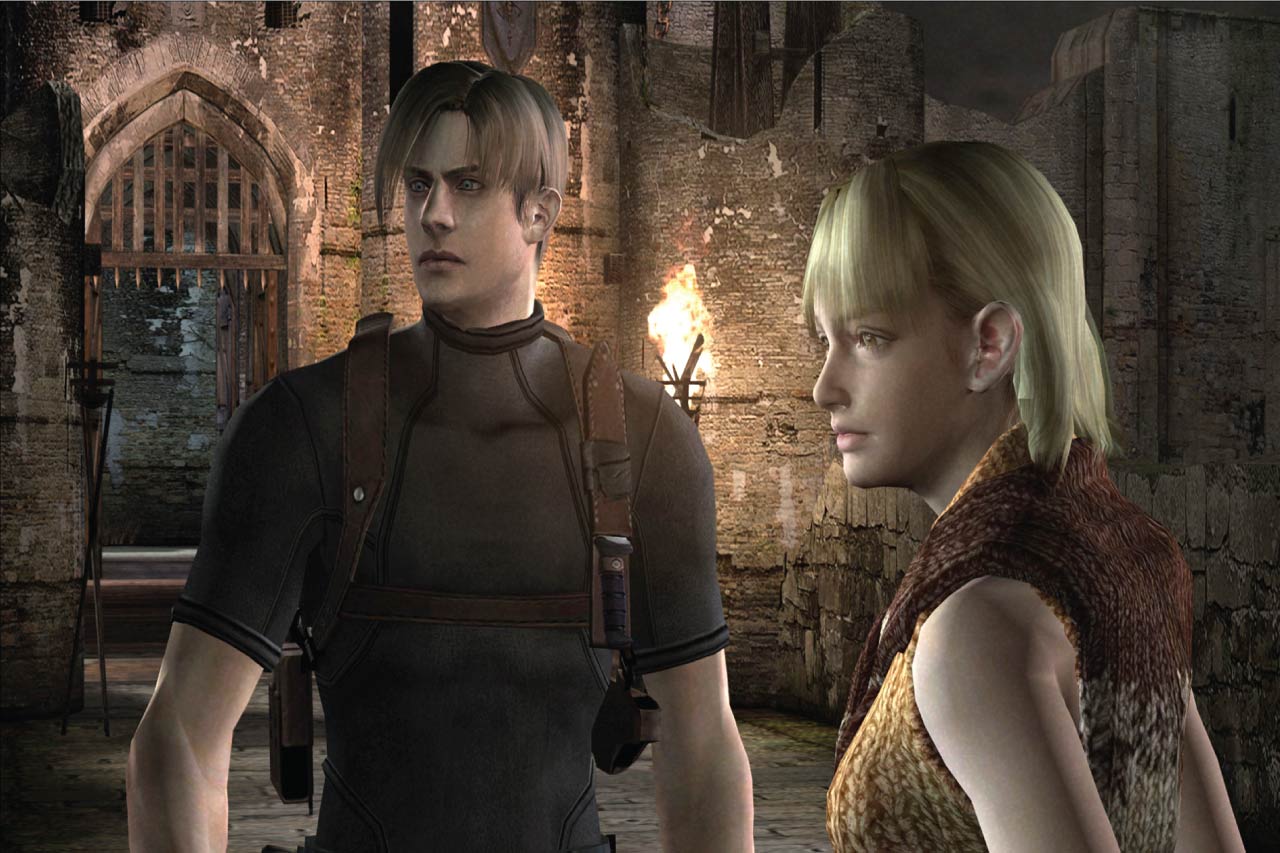 If you own a Gamecube or a PlayStation 2, there is a fair chance that you’ve played Resident Evil 4 (maybe even more than once), after all, it’s a must-play game. Sure, the best games are worth playing over and over again, but Wii edition of RE4 is something that makes you come for more.

For those who have never played it before; the plot basically revolves around Leon Kennedy, a U.S agent, who is assigned to rescue Ashley Graham, U.S President’s daughter, after she was kidnapped by a mysterious faction. As the game progress, you will encounter mind-controlling parasites and uncover hidden mysteries.

With the Wii Remote and Nunchuk controls, the RE4′ gameplay becomes more engaging than ever. For instance, Leon can now perform certain actions that he can’t in other versions like aiming in almost any direction or dodging attacks. 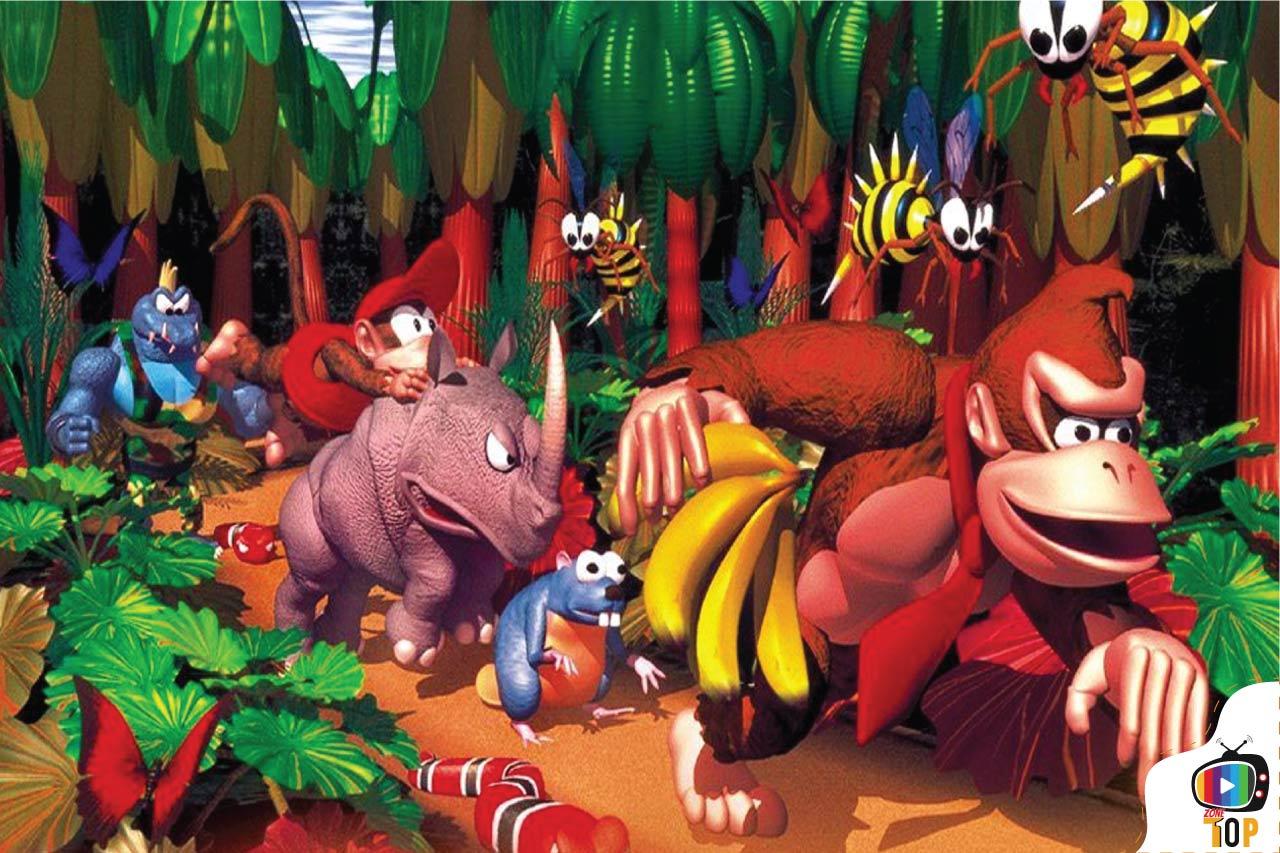 Like other games in the series, players can sometimes take control of Diddy Kong, who along with Donkey Kong travels through different worlds, collect bananas, discover hidden places and ultimately defeat Tiki Tong, the king of Tiki Tak Tribe.

Every aspect of the game is praiseworthy whether is graphics, dynamic soundtrack, or ever so challenging levels. In a few instances, however, the levels do become frustratingly difficult.

A bonus level called “The Golden Temple” is unlocked after Tiki Tong is successfully defeated. Upon its completion, the Mirror Mode gets unlocked in which Donkey Kong has only one health and cannot get help from other characters. 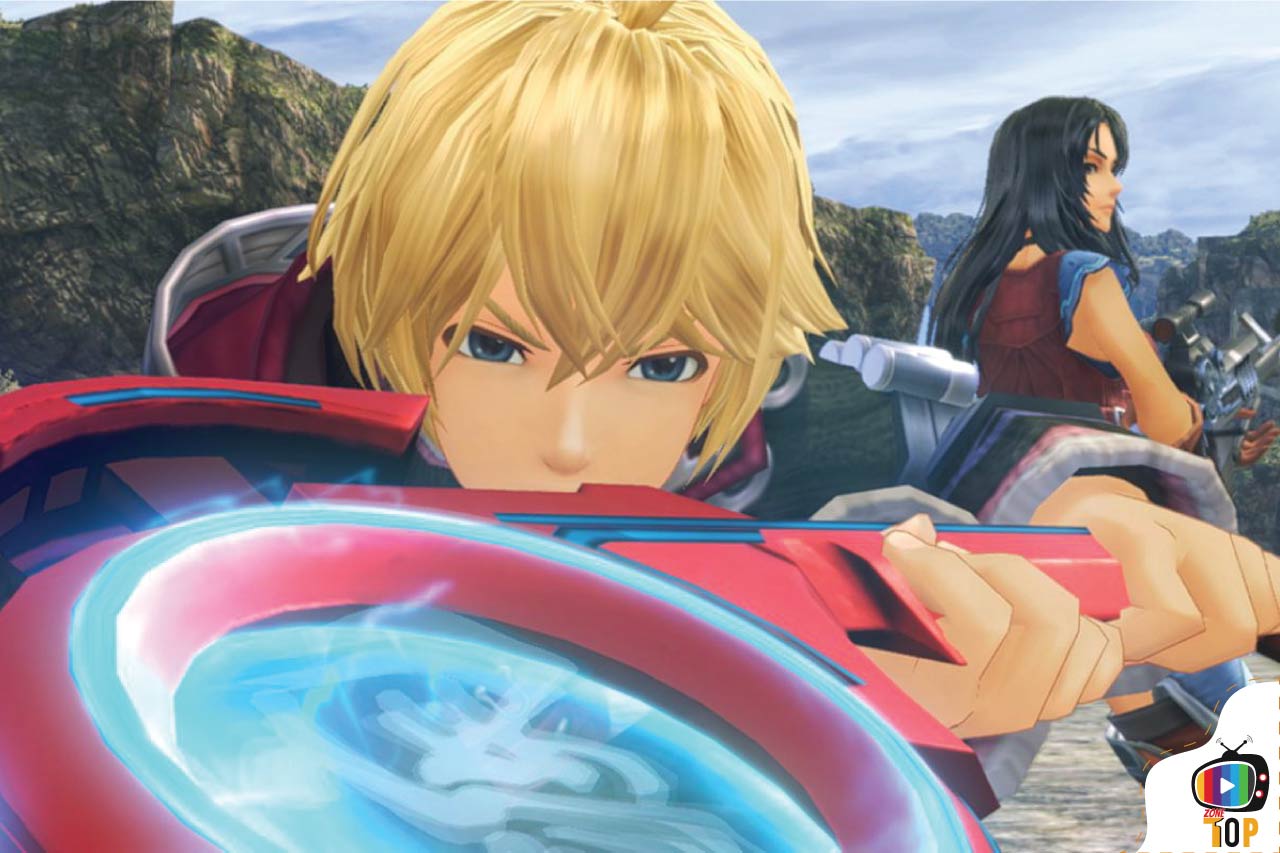 As Wii’s one of the most popular games, Xenoblade Chronicles has built a loyal fanbase like that of more successful titles, including Legends of Zelda.

The game opens with a devastating fight between Homs and the Mechon, the two rival lifeforms. A series of events lead, Shulk (your character) to gain control of Monado, a magical sword, and successfully drive the Mechon army away from his home. What comes next is a long journey of revenge and truth.

At first, the game may seem like any other JRPG title in which the characters have a wide range of offensive and defensive capabilities along with special attacks, or “Arts” in this case, that requires managing cooldowns.

Xenoblade Chronicles has all that, but what really separates it from others is its exceptional story, user-friendly quests, better sound effects, and control scheme. 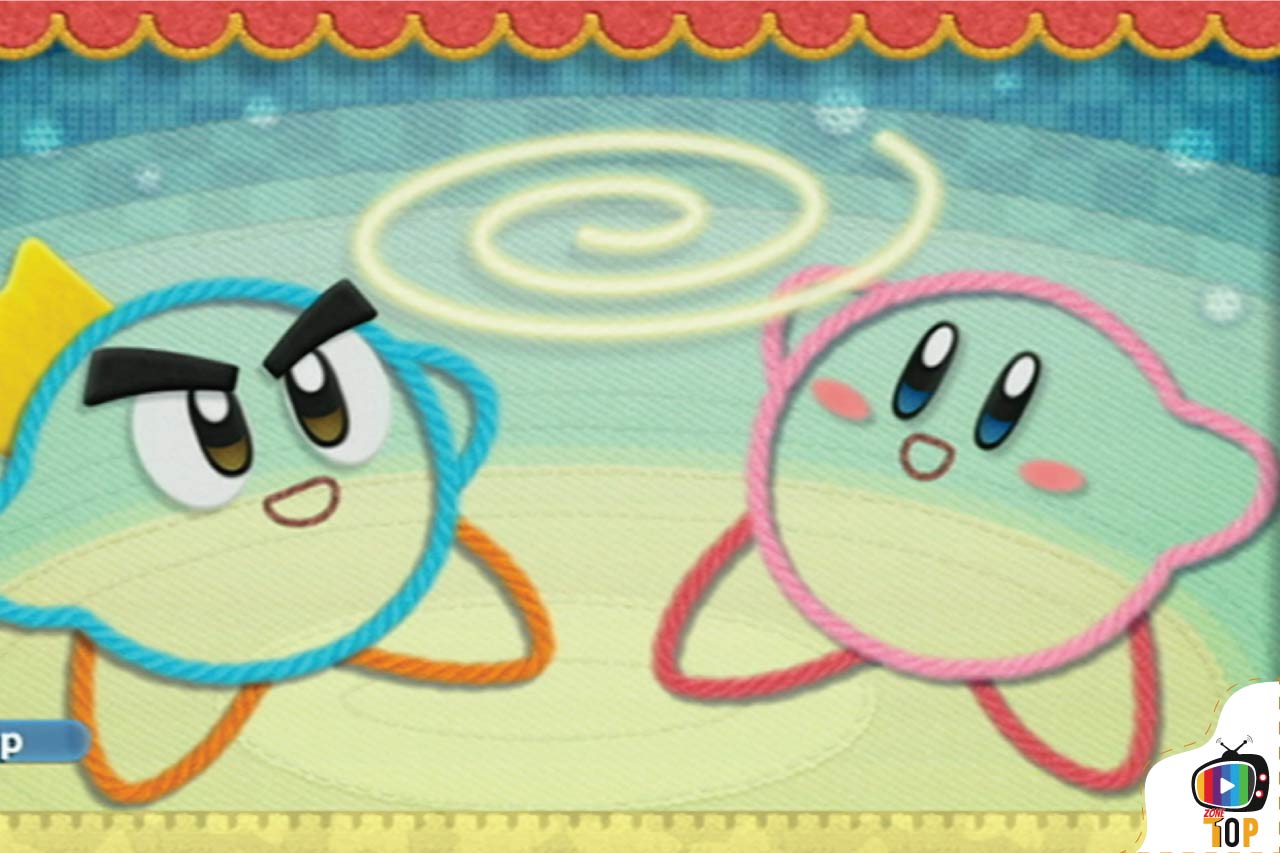 Kirby’s Epic Yarn is a perfect example of what a Nintendo game at its best is all about; something that is fun, innovative, and can be admired by almost anyone, a fan or not.

The plot revolves around Kirby, the protagonist of the series, who has been transformed into yarn after being sent into a world where everything is made out of fabric. Here, unlike other games in the series, Kirby is unable to suck enemies and neither can fly. Instead, players can use their yarn-whip ability to attack enemies or get hold of other objects.

Kirby gathers collectibles or beads as he navigates through the levels. At the end of each level, players receive medals based on how many beads they have collected, it sometimes opens up bonus levels too. Clever boss challenges and Co-op mode just makes the game more appealing. 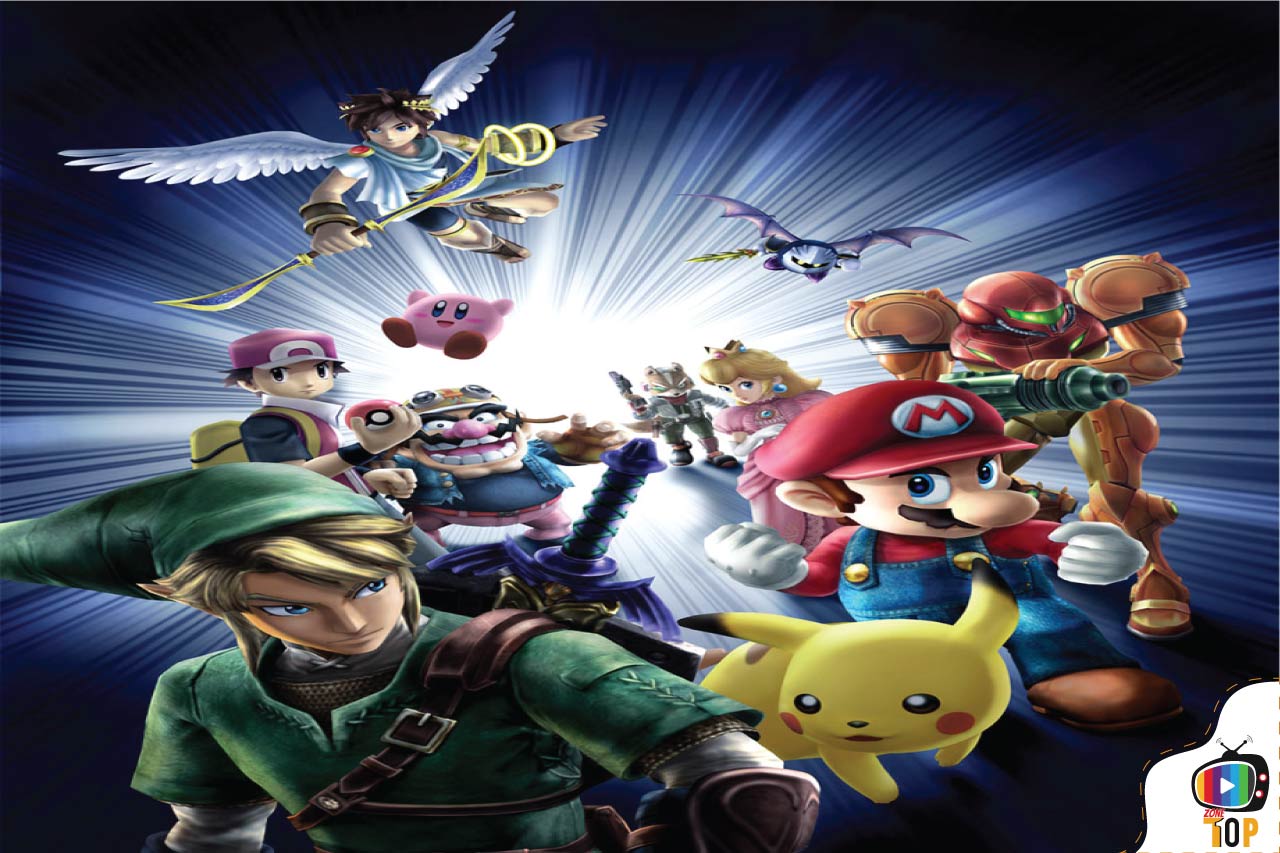 Not much of the core gameplay changed between Super Smash Bros. Melee and  Super Smash Bros. Brawl and that’s because not much had to. Instead of altering the core formula, Nintendo settled for piling on loads of new content, from new items to new characters. The entire game is an insanely robust love letter to not just Nintendo’s history, but video game history in general. The inclusion of both Solid Snake and Sonic The Hedgehog helped flesh out the game’s already-robust character list, making for one of the most enjoyable experiences on the Wii.

Like others in the Smash Bros. Series, Brawl is a side-scrolling beat ’em up the game, where the only objective is to knock the opponents (other players) out of the battle arena. The characters, as usual, begin with empty (0%) ‘damage meters,’ which gradually increase as they take more hits.

The game introduces several features new to the series, including a freakishly powerful attack called “Final Smash”. In addition to an already massive cast, new characters from third-party developers (first for this series), such as Sonic the Hedgehog from Sega, have also been added for players to choose from.

While both single and multiplayer modes are equally fun and engaging, the amount of depth offered in the single-player mode is what really surprised me. 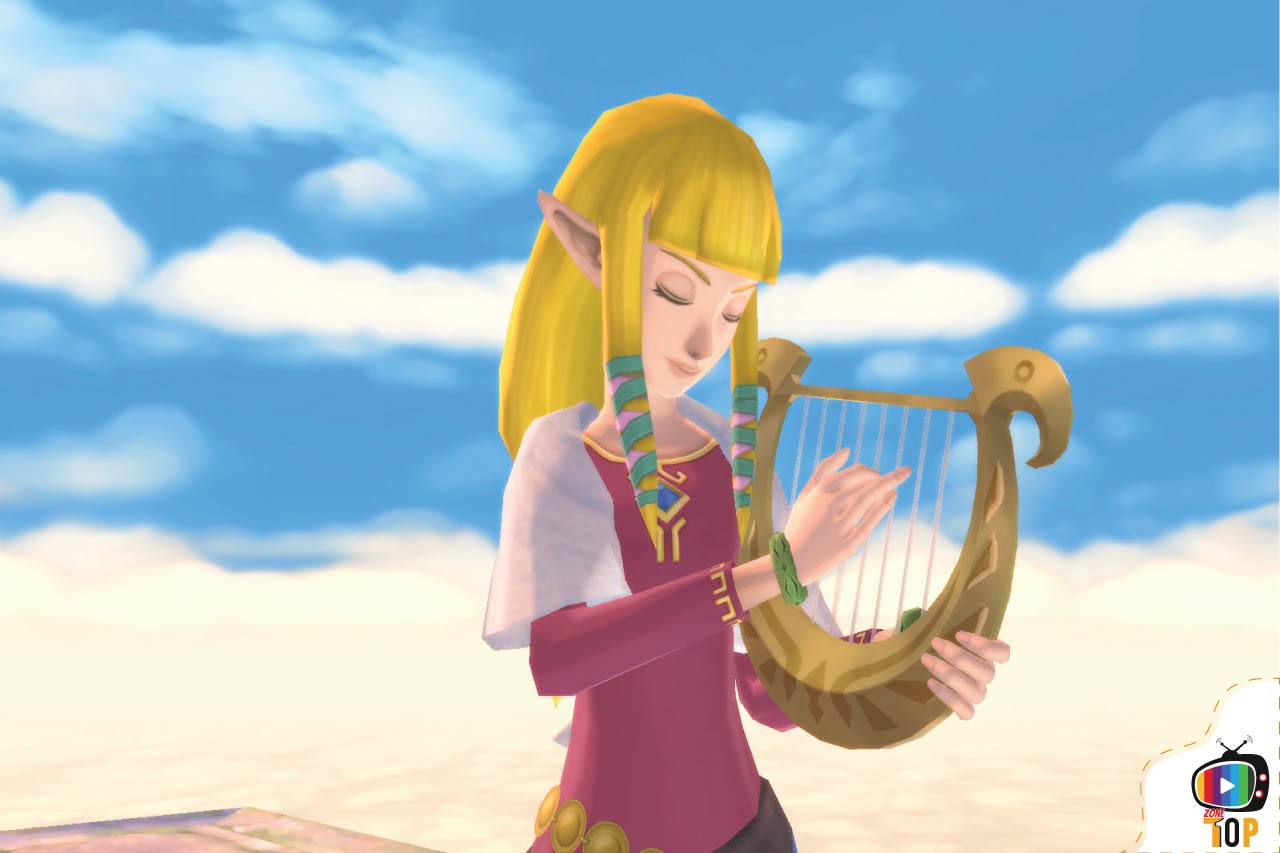 The Wii saw the release of not one, but two Zelda games, though only one made full use of the new technology to create a unique experience. Legend of Zelda: Skyward Sword featured an imaginative art style that allowed for some of the best visuals on the system, and made masterful use of the Wii MotionPlus to prove that motion controls were no gimmick. It used these motion controls to the fullest too, resulting in the best swordplay in Zelda’s storied history. The puzzles were also some of the best we’d ever seen, and the plot was a treat not just for fans (serving as the first story chronologically), but for newcomers as well. This was the Zelda we were waiting for.

As Zelda continuity’s first game, Skyward Sword created a lot of buzz in the Nintendo community and garnered a lot of praise for its overworld and fantastic gameplay. It is one of the best-reviewed Wii games of all time.

Here, Link is once again tasked with saving Hyrule by stopping Ghirahim from resurrecting his diabolical master and rescuing Princess Zelda. You’ll be accompanied by a spirit named Fi, which will help you with your quest.

Players navigate Link through overworlds filled with monsters and dungeons, where you can find puzzles and final bosses to fight. Needless to say, the use of motion controls is essential in this game. While Link’s Sword and Shield moments are controlled by the Wii Remote and Nunchuk controller, the navigation is mostly done using Wii MotionPlus device. 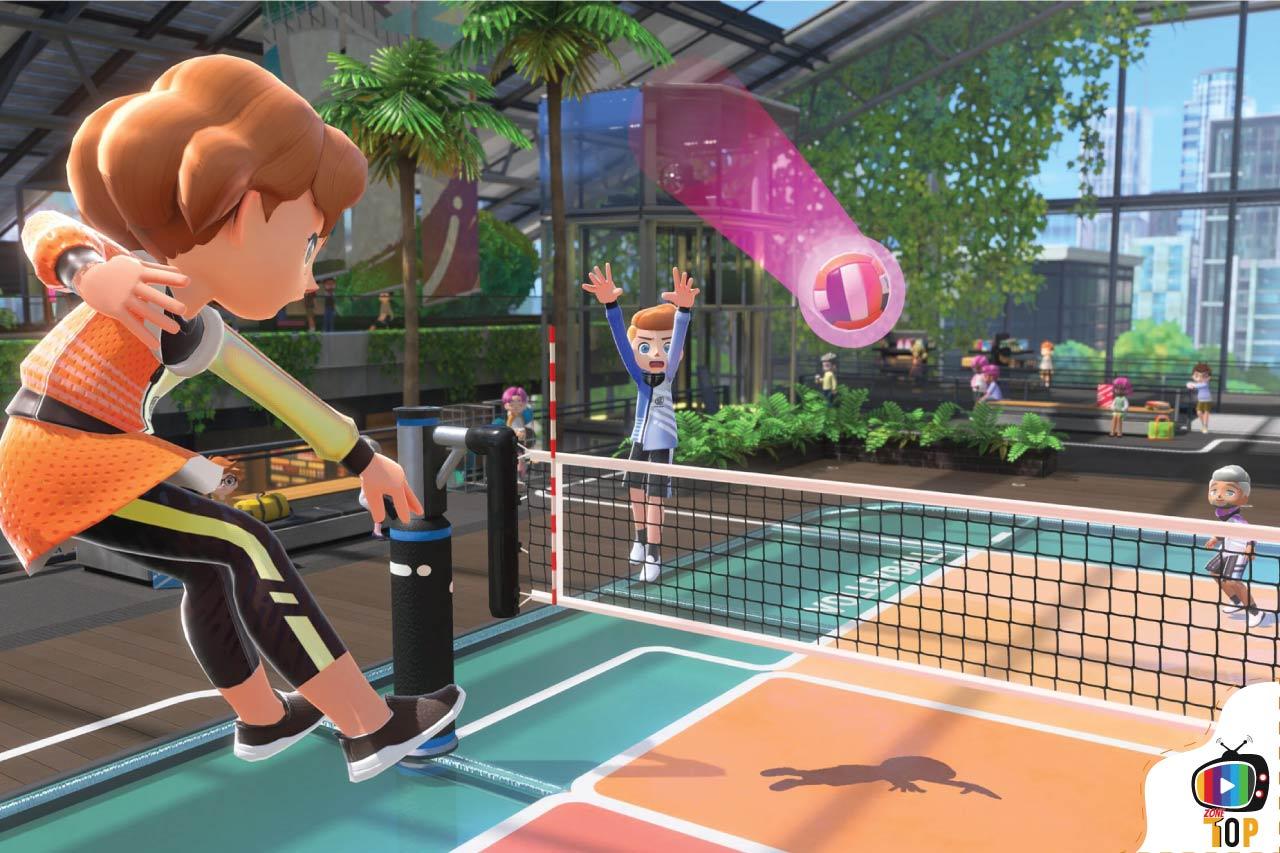 Initially released in 2006, Wii Sports is basically a collection of five motion-controlled sports simulations, including baseball, tennis, bowling, boxing, and golf, that you can enjoy on your Wii devices.

While some aspects of the gameplay are controlled by the computer, players can imitate real-life sports moves, for example, racket swing in tennis or bat swing in baseball, using the Wii remote and Nunchuck controller.

The in-game characters are imported from Mii Channel, one of Wii’s pre-installed channels, which allows users to create their customized avatars. You can also create non-playing characters.

Wii Sports remains the fourth best-selling game of all time, below Minecraft, Tetris, and Grand Theft Auto 5. It is also the highest-selling game for the Wii console with 82 million copies sold worldwide. 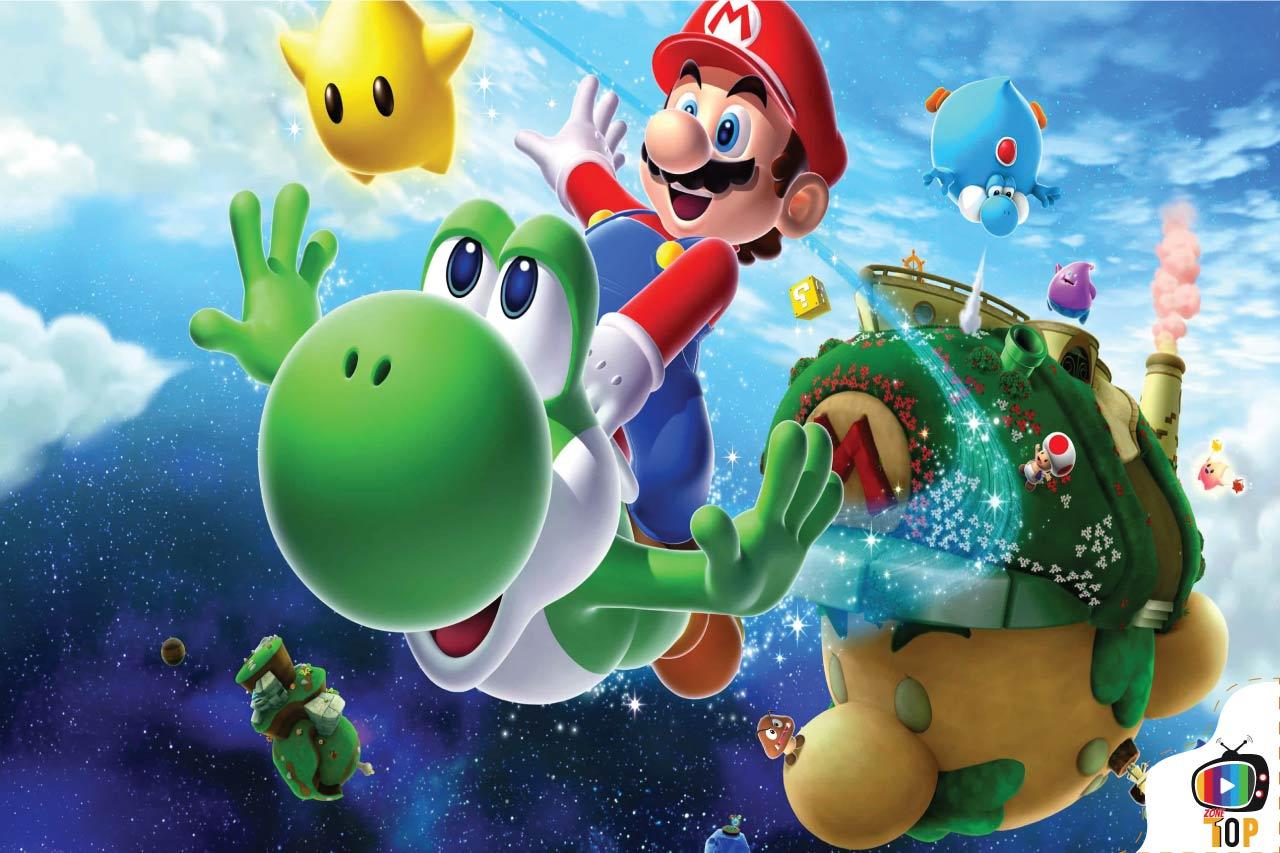 The Super Mario Galaxy series is perhaps the best thing you’ll ever find on Wii. It’s bright, bold, and is exactly how you wanted a Super Mario game to be. It is heavily inspired by Super Mario 64 with almost the same level structure and controls.

However, unlike Super Mario 64, which took place on land and water, Galaxy takes you within the depth of space where you will annihilate the general laws of physics.

In the original Super Mario Galaxy, you’ll travel across different worlds, collect power stars, unlock new playable areas, beat bosses, and rescue Peach. The second game ramps up the overall difficulty, assuming that you got the basics right from the first. Without a doubt, Super Mario Galaxy is a must-play game.

The Super Mario Galaxy 2 improves over the original in every way – a task we didn’t even think was possible – to create not just the best Wii game available, but one of the best Mario games of all time. It pushed the system to its limits with wonderful, mesmerizing visuals and some of the best platforming in history, completely redefining what it even means to be a platformer.