Recently, all of the focus has been on the Xbox Series X and Xbox Series S. It’s no secret that the Xbox One isn’t the latest or even the greatest Xbox console you can buy anymore.

But luckily, Microsoft is committed to backward and forwards compatibility across the whole Xbox ecosystem. That means games are still being released across generations. So if you have an Xbox One but might update to a Series X or Series S in the not-so-distant future, all of your games can come with you – some even support visual and performance enhancements.

What we’re saying is, it doesn’t matter whether you’re on the Xbox One S, the discontinued Xbox One X, the all-digital Series S, or the all-powerful Xbox Series X – the list of games below can be used across the entire range of consoles.

Our selection of the best Xbox One games is wide-ranging. We’ve included first and third-party titles, from big-budget shooters to inventive indies. Many of the games listed below are even free to download with an Xbox Game Pass or Xbox Game Pass Ultimate subscription, which we strongly recommend.

So if you’re on the hunt for your next Xbox adventure, keep on scrolling for our list of the best Xbox One games. 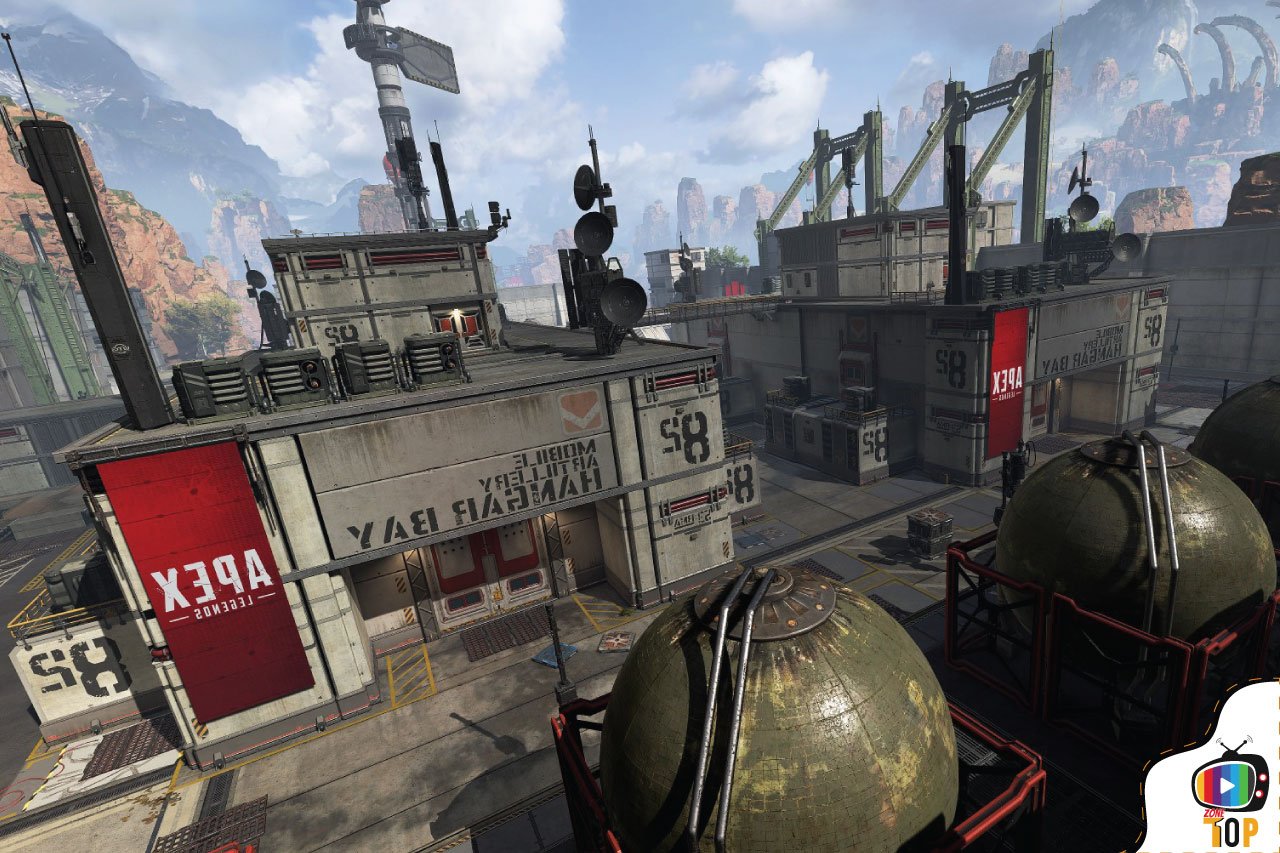 Apex Legends is an online multiplayer battle royale game featuring squads of three players using pre-made characters (called “Legends”), similar to those of hero shooters. Alternate modes have been introduced allowing for single and for two-player squads since the game’s release.

Each match generally features twenty teams of three-player squads. Players can join friends in a squad or can be matched randomly with other players. Before the match, each player on the squad selects one of the 12 playable characters (as of Season 4), with the exception that no character may be selected more than once by a squad. Each character in the squad has a unique design, personality, and abilities that provide different playstyles to the team. All teams are then placed on an aircraft that passes over the game map. One player in each squad is the jumpmaster, selecting when the squad should skydive out of the aircraft and where to land with the concurrence of the other squad members. However, players are free to deviate from the squad’s path.

In case you’ve been hiding under a rock for the last year or more and have no clue what Battle Royale is, the premise is simple enough.

60 players are dropped onto a battlefield where they need to scavenge for weapons, loot, and ammo while battling it out with other gamers. An ever-shrinking ring pushes players closer and closer together until just a handful are left and a single team becomes the victor.

Apex Legends is not Titanfall 3 though, so don’t go in expecting mech suits, wall-running, double-jumping, or other similar mechanics. There is a fast-paced play, including the ability to slide across the floor or down slopes. There’s also a brilliant gunplay style, but fans of Titanfall may be disappointed if they’re expecting more from that franchise with this game. 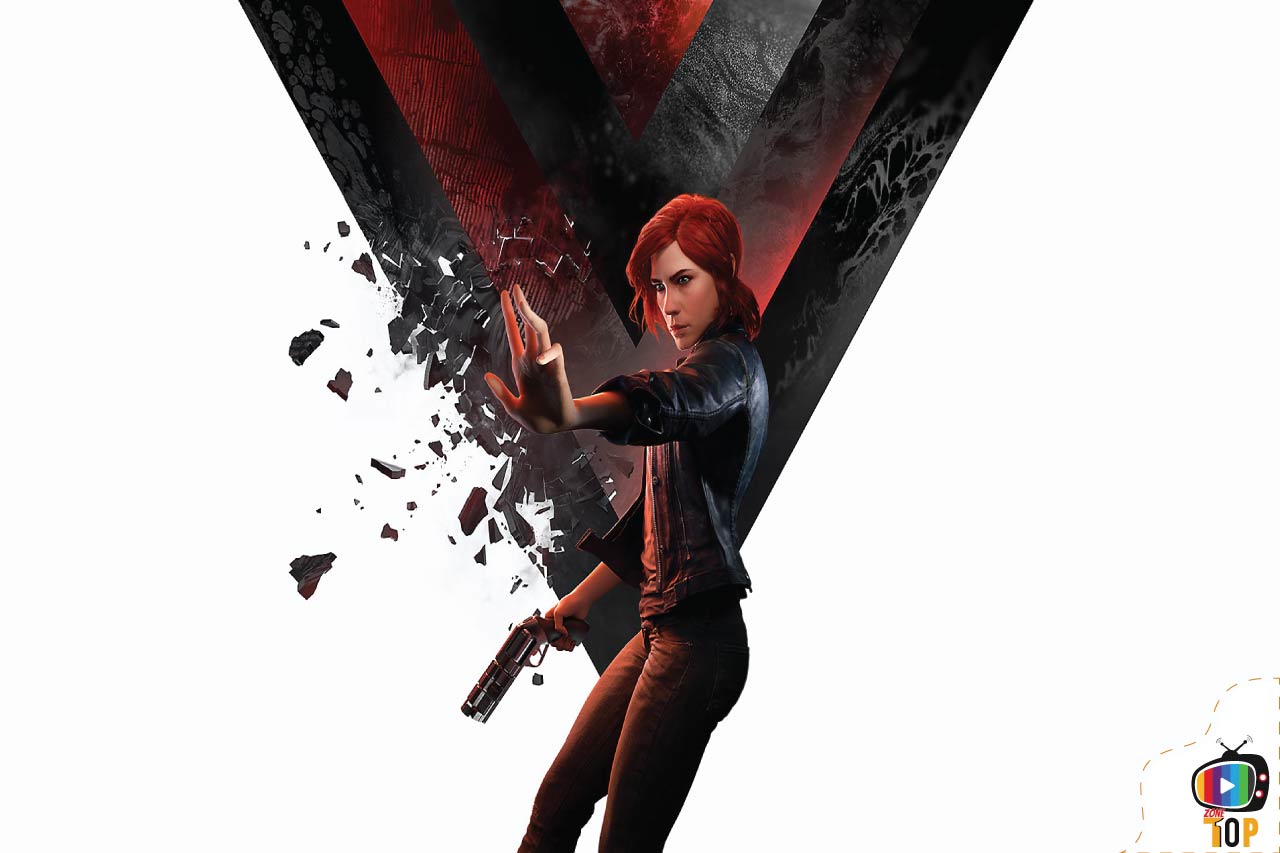 Talk about a misleading title. Despite the fact you star as a kickass bureau director who can fling dudes around with the power of her mind, you never really feel like you’re in control in… well, Control. In Remedy’s brilliant action-adventure, nothing is quite what it seems.

Throwing you into a contorting, utterly bemusing government building, The Oldest House is the most interesting video game setting of the current console generation. While the walls and ceilings of this labyrinth twist around you, Remedy throws you into challenging battles that let you experiment with Jesse’s telekinetic abilities in constantly inventive ways. As you levitate around the joint like a young Magneto, crushing enemies with office furniture, it feels like you’ve been thrown into a thrilling TV show. One in which the star just happens to be the most badass pencil pusher ever. 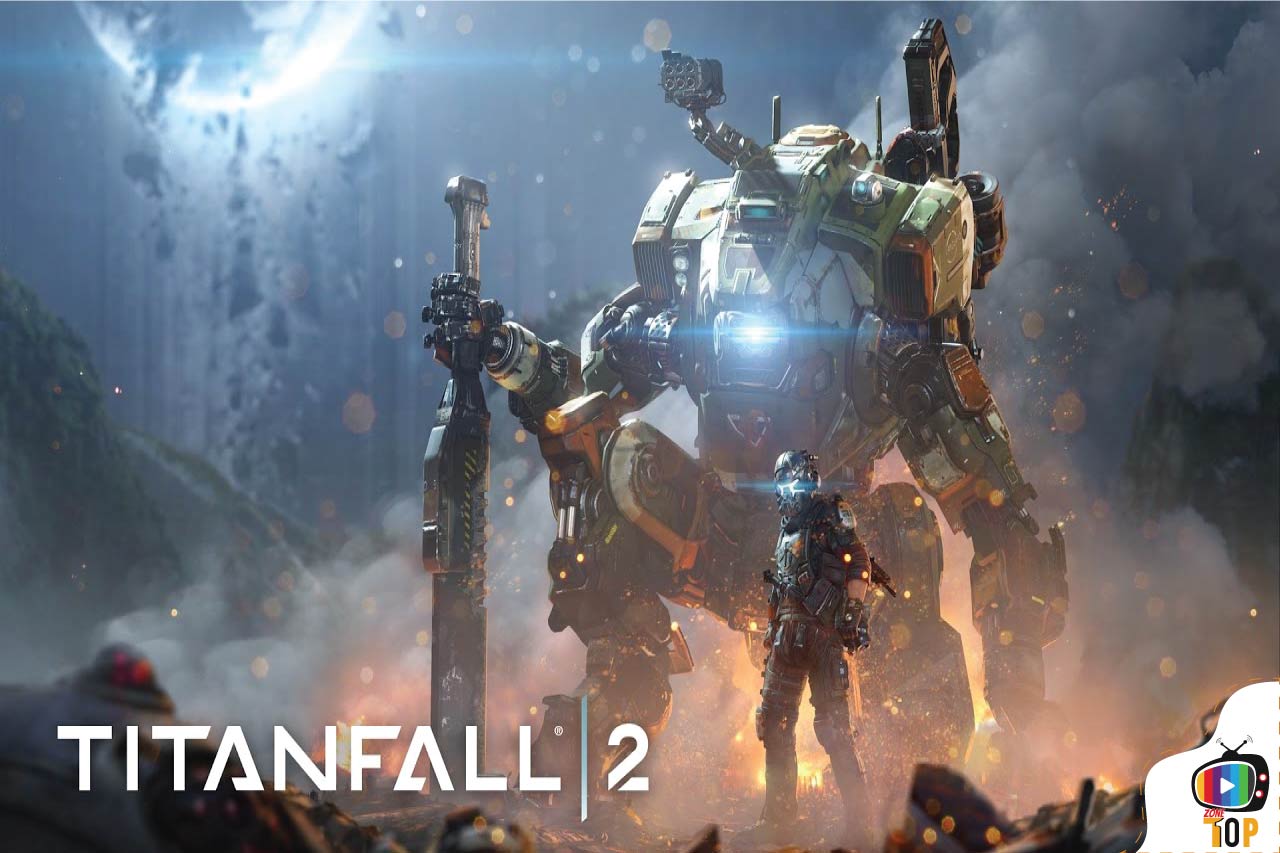 The original Titanfall was a great game and its sequel, Titanfall 2, improves on it in every conceivable way: the motion is more fluid, there are more distinct titans to choose from and, hold onto your hats here, there’s actually a single-player campaign that might take the cake for the best first-person shooter story of the year.

This game’s pedigree is inherited from one of this generation’s smartest and most unusual shooters. The original Titanfall married ninja-fast on-foot combat to the gloriously thuggish thrill of piloting giant mechs, which are summoned from orbit a few minutes into each match.

The skill with which Respawn has balanced this mix of styles in the sequel is remarkable – Titans have firepower in excess but they’re easy to hit, and maps offer plenty of places for infantry to hide.

The Outer Worlds is an action role-playing video game featuring a first-person perspective. In the early stages of the game, the player can create their own character and unlock a ship, which acts as the game’s central hub space. Though the player cannot control their ship directly, it serves as a fast travel point to access different areas in the game and acts as the player’s persistent inventory space. The player can encounter and recruit non-player characters as companions who have their own personal missions and stories.

When accompanying the player, the companions act as an aid in combat. Each companion has its own individual skills and special attacks, and it can also develop its own skill specialization. When exploring, the player can bring up to two companions alongside them, while the rest stay on the ship. The player can make numerous dialogue decisions, which can influence the game’s branching story. They can also respond to NPCs in various ways, such as acting heroically, maniacally, or moronically. 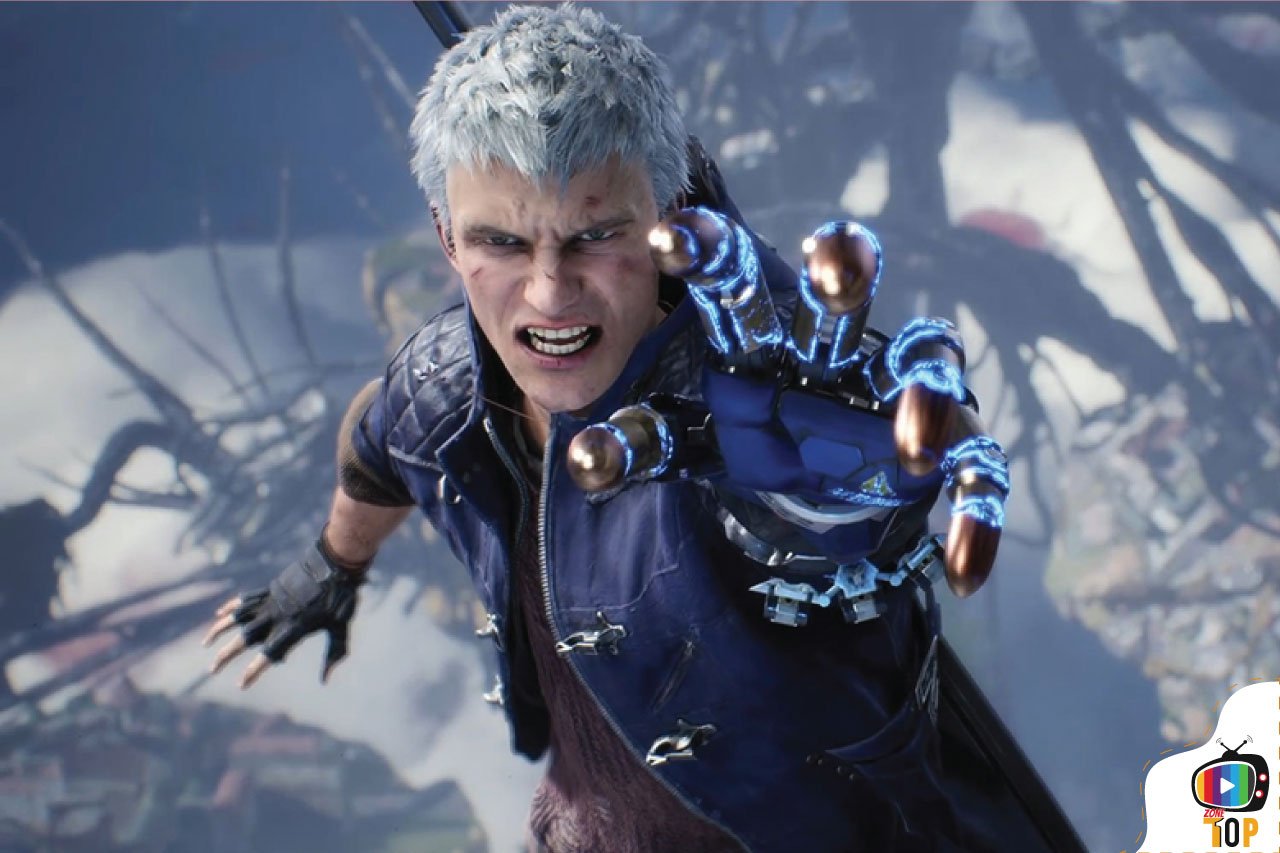 The gameplay features the return of Dante and Nero as playable characters, along with a new character, named “V”. The gameplay is similar to that of the other titles in the Devil May Cry series, focusing on fast-paced “stylish action”; The player fights off hordes of demons with a variety of attacks and weapons. They receive a style rating for combat based on a number of factors, such as move variety, the length of a combo, and dodging attacks. The game’s music changes based on the player’s performance in combat. Every time the player interacts with the mechanic Nico or finds a statue, he can buy new abilities for each character. While there are three playable characters, the game forces the player to use only one permission. Like previous games, this title has a Bloody Palace mode where the player can face multiple types of demons in a single area.

The first character is Nero who was introduced in Devil May Cry 4. He retains his Red Queen sword for melee combat, and the Blue Rose double-barreled revolver. However, he does not have his demonic arm from the previous game but has an assortment of new robotic arms called Devil Breakers instead. These have a variety of functions like grabbing enemies from a distance or stopping time to freeze an enemy in place. Nero can also find Devil Breakers during stages. Devil Breakers are powerful but fragile and can be destroyed if used incorrectly. Late in the story, Nero has access to the Devil Trigger move which expands his combat skills. 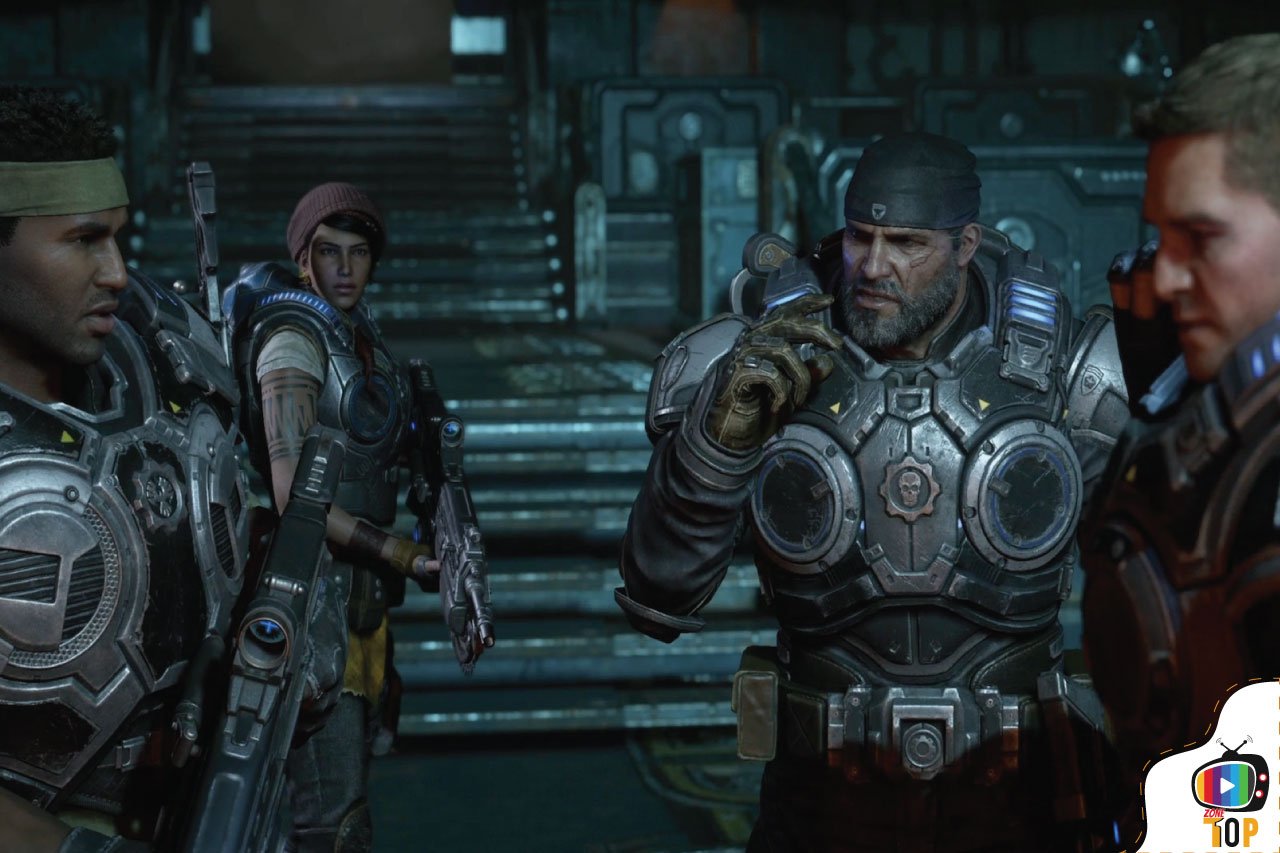 Gears 5 is rich with lore and history, similarly to the games before it. The Gears storylines are well done in allowing any player to jump right in and generally understand the story that is transpiring, as well as some of the politics between the conflict actors.

Gears 5 is no different, and while understanding previous history or events that transpired in prior games helps, the story is fleshed out enough that any newcomer can follow the plot.

Assassin’s Creed Origins might have reinvigorated the series after a short break, but it’s Assassin’s Creed Odyssey that has really set the tone for the future. It has a more exciting world, a more engaging story, and generally tightens up all the ideas and mechanics of Origins to tightened perfection. This is even more of an RPG compared to the previous game with numerous plot threads to follow – none of which we’ll spoil. Set in ancient Greece it sees you traveling the islands waging wars (including full-size battles), romancing whoever takes your fancy, and building out your choice of an assassin – Alexios for the boys, and Kassandra for the girls. Whoever you choose you to have a glorious open world to explore and a fantastic journey ahead of you 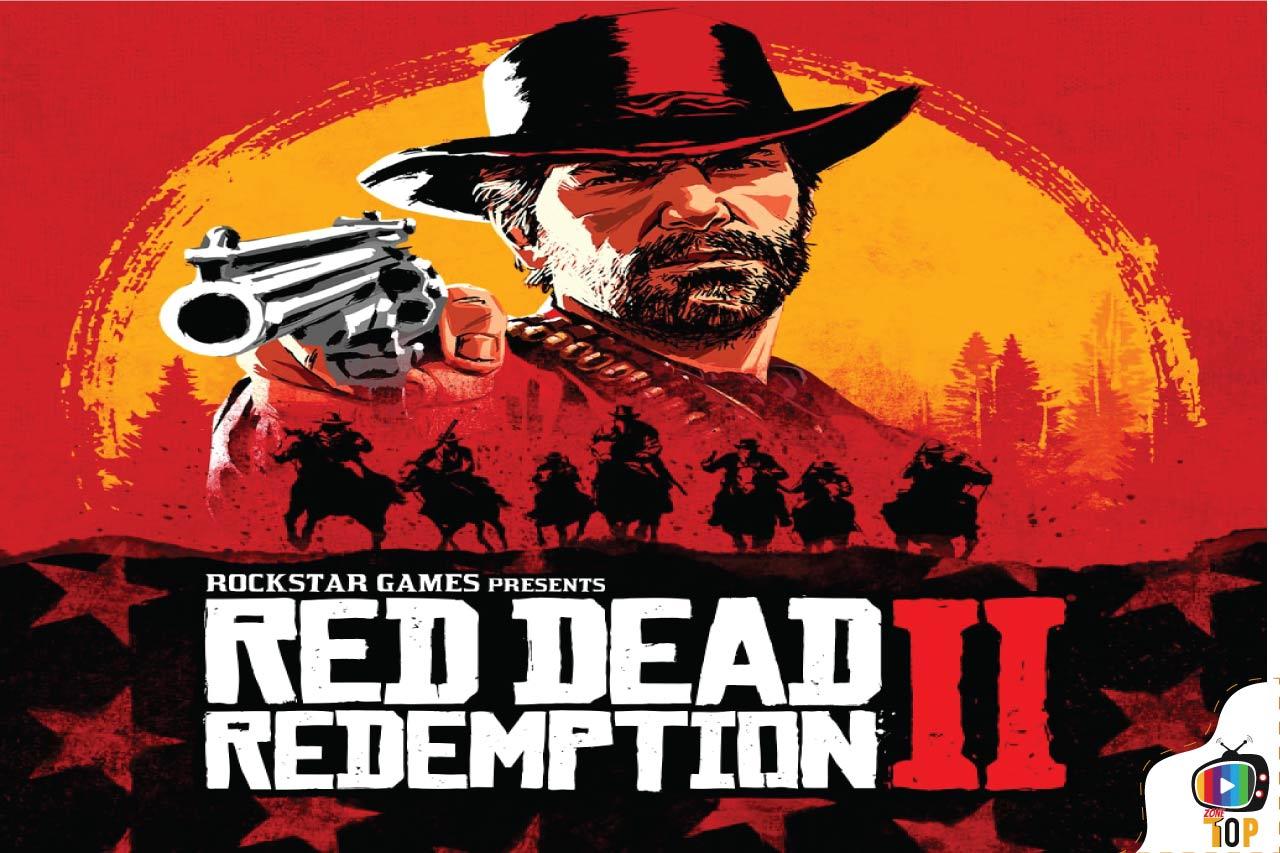 Red Dead Redemption 2 might be slow to start and is archetypal ‘it gets good 20 hours in’ kind of game, but when we mean good, we mean good. Its broad Wild West opera builds out a world of characters in a changing time and takes you on a journey with them as they face the new world taking over while fighting the old one still chasing them down. Arthur Morgan is a gruff, hero full of depth, capable of growing a mean beard, and with plenty to keep him busy. This is a game where you can rob a bank, hunt animals, fish, play cards, and meet numerous strangers with lots for you to do. While there’s a story to follow, with some of the greatest highs and lows in gaming, there’s also just a huge, living place to inhabit and live in. Clear your calendars because this is a game that has you in for the long haul. 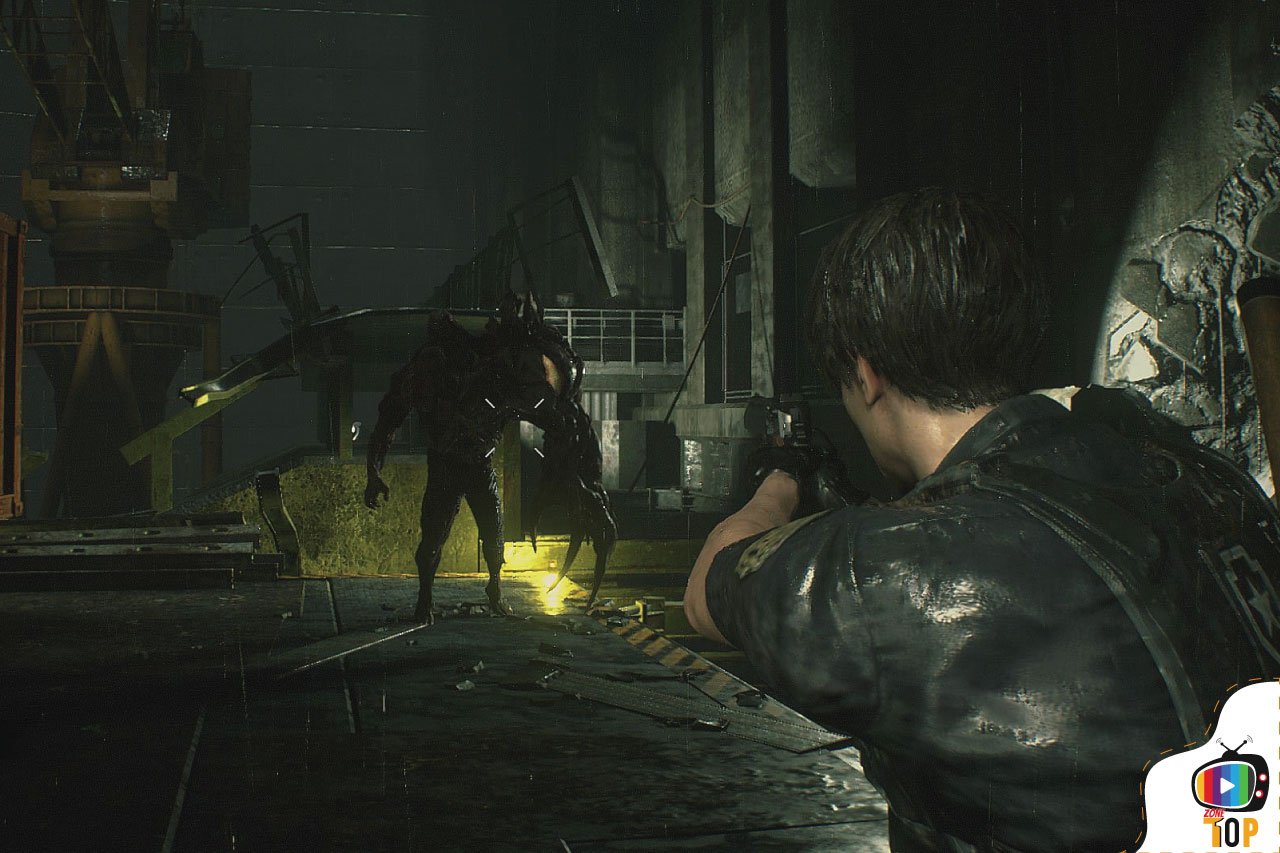 A survival horror game, Resident Evil 2 features the same basic gameplay mechanics as its predecessor, Resident Evil. The player explores a fictional city while solving puzzles and fighting monsters. The game’s two protagonists may be equipped with firearms, but limited ammunition adds a tactical element to weapon use. On the status screen, the player can check the condition of the protagonists, use medicine to heal their wounds, and assign weapons. The characters’ current health can also be determined by their posture and movement speed. For example, a character will hold their stomach in pain if wounded and will limp slowly if on the verge of death. The protagonists may carry a limited number of items and must store others in boxes placed throughout the game world, where they may later be retrieved. Each protagonist is joined by a support partner during the course of the story. These characters accompany the player in certain scenes and occasionally become playable.

In Resident Evil 2, the classic action, tense exploration, and puzzle-solving gameplay that defined the Resident Evil series returns. Players join rookie police officer Leon Kennedy and college student Claire Redfield, who are thrust together by a disastrous outbreak in Raccoon City that transformed its population into deadly zombies. Both Leon and Claire have their own separate playable campaigns, allowing players to see the story from both characters’ perspectives. The fate of these two fan-favorite characters is in players’ hands as they work together to survive and get to the bottom of what is behind the terrifying attack on the city. Will they make it out alive? 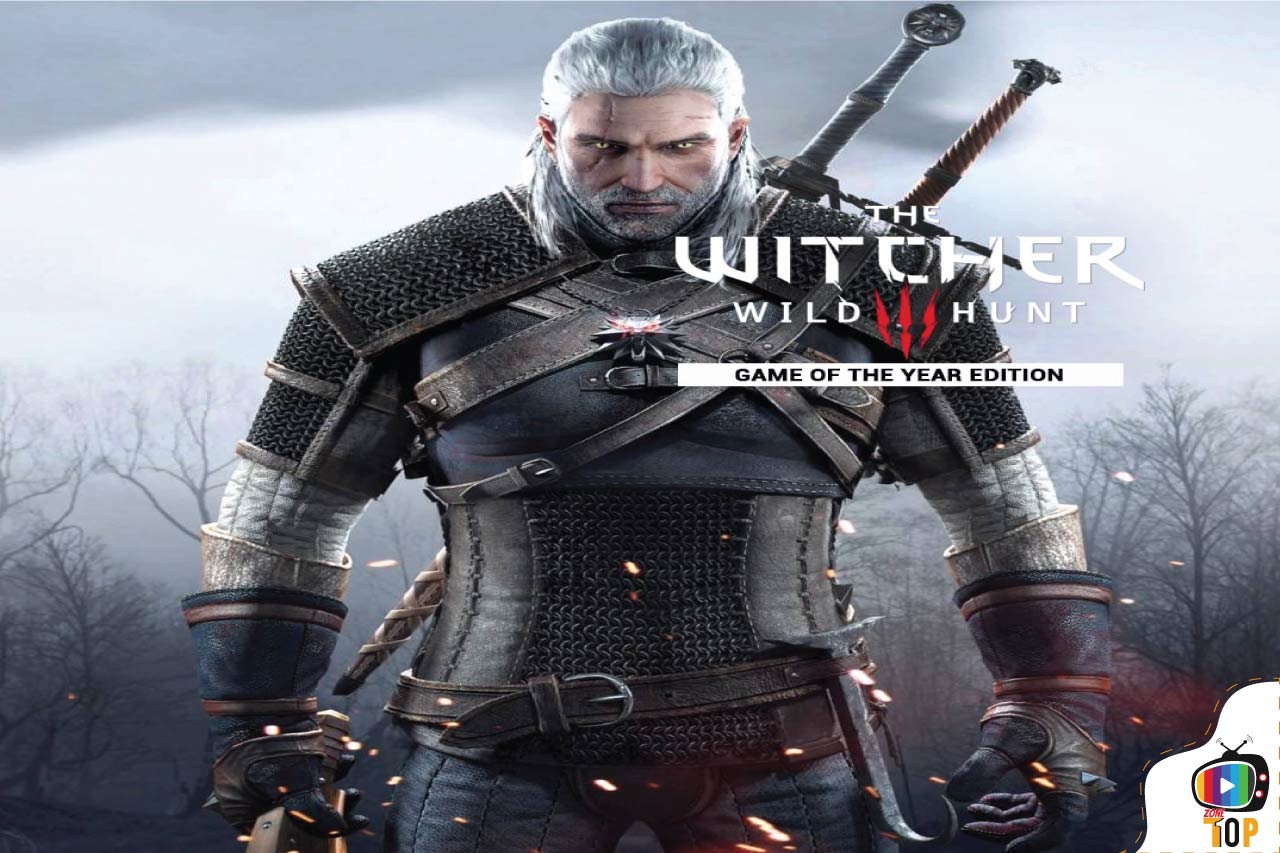 One of the most immersive RPGs ever made – a standout, mutable storyline, endlessly satisfying detective-cum-hitman Contracts, and side quests deeper than many games’ main campaigns. The Witcher 3’s world is one of the few game spaces to deserve that title – full of political intrigue, folklore, and gross beasts to slice into ribbons. And all of that’s failing to mention CD Projekt RED’s raft of free DLC, and a couple of expansion packs – the first of which, Hearts of Stone, is responsible for this shooting up to the highest reaches of this list. Beautiful, rewarding, and essential, this is a game we’ll remember for years and years to come.