Skip to content
Because 2020 was…you know, stressful, we all need a little extra comedy. There have been delays on hotly anticipated movies—I’ve been waiting to watch Cruella for what might be years at this point—but last year also gave us some new, fresh storylines. There are not one but two quarantine films on here, and there are also some pretty solid metaphors for the past year: Reliving the same day over and over! Desperately needing a vacation! Getting stuck inside an abandoned funhouse and having to fight the demonic animatronics! (Nicolas Cage is starring in that one, which makes perfect sense.) There are also some new comedy films to watch out for, including a new Judd Apatow movie, as well as some up-and-coming comic actors like Kathryn Newton. Whatever you’re particularly craving, this list has it all, from chic intercontinental widows to Melissa McCarthy in a super-suit to Awkwafina as a very derpy dragon. A few of these have a release in cinemas first, and some are going straight to streaming, but they’ll all hit our televisions soon. Curl up with a glass of wine and let these funny, witty, or just plain silly picks wash over you. And bookmark this list for later because we’ll be adding to it as more comedy movies come out throughout the year.

10-The Spongebob Movie: Sponge on the Run 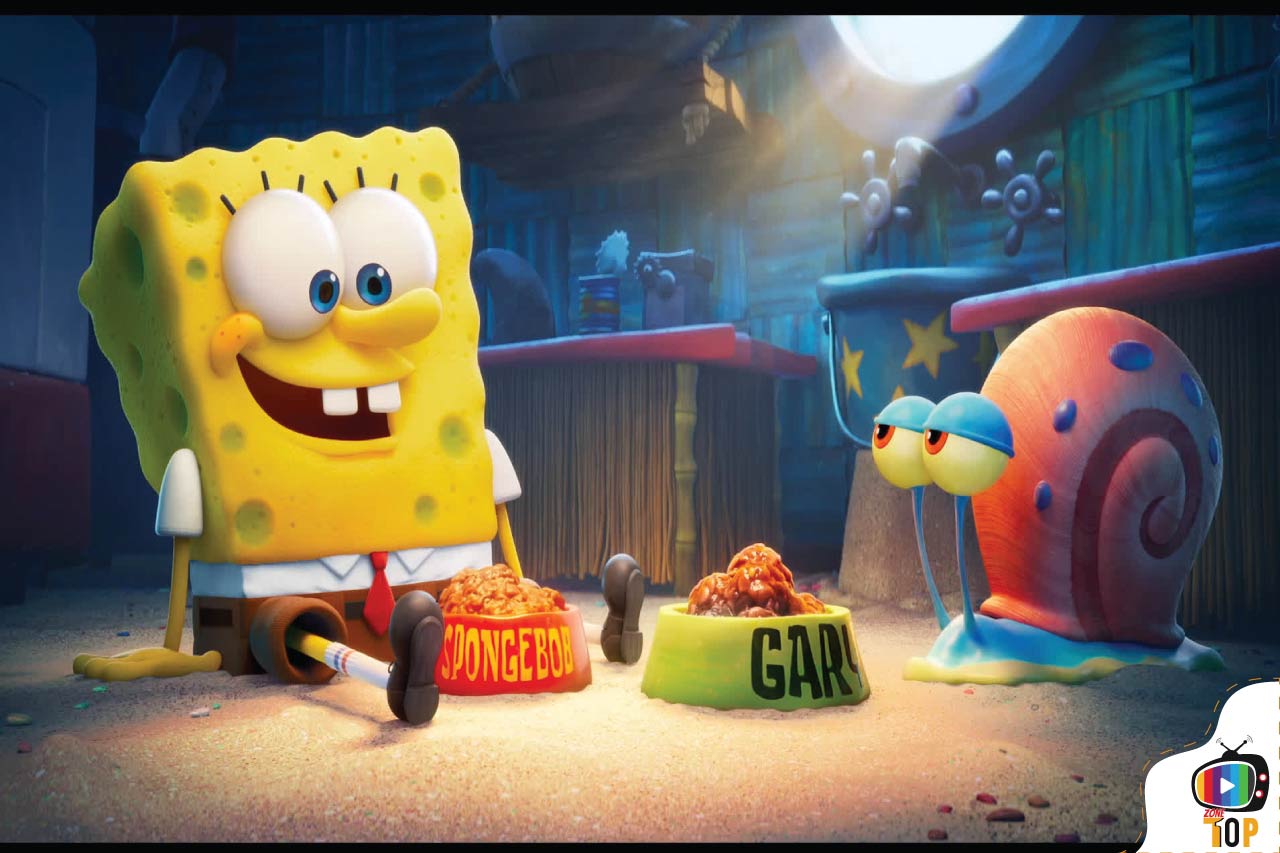 SpongeBob loses his meowing snail Gary and has to go find him. That’s it, that’s the whole movie, but honestly who needs anything else? With continued wacky shenanigans, the fun is in the voice cast: Awkwafina, Brown, Reeves(!), as well as the silly sight gags that work for adults just as much as kids.

The beloved underwater duo has returned and this time they are in for one epic adventure. After Gray has been taken by Poseidon Spongebob and Patrick find themselves in the mystical land of Atlantic City on a mission to save Gary. 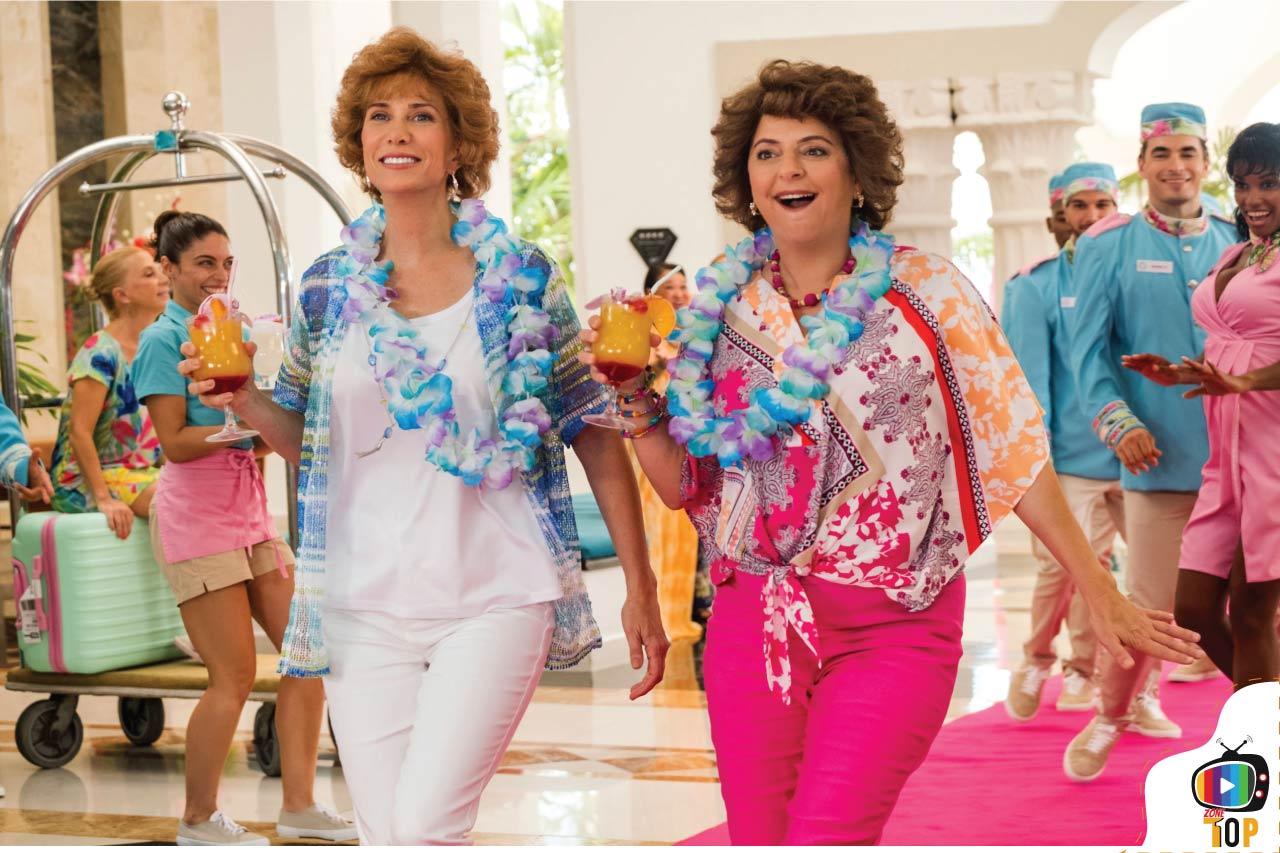 This new Kristin Wiig film will be sure to make you LOL. The movie begins when two women, Barb and Star, decide to leave their Midwestern homes for the first time. Watch this outlandish comedy unfold as the two find themselves falling in love while getting tangled up in an evil villain’s plan to kill everyone in the town.

This film kind of shouldn’t work—it’s about two friends (Wiig and Mumolo) who take a vacation, while a supervillain (also Wiig) plans to destroy the town because they…made fun of her when she was a kid? Some film critics hate, hate, hated this film with a passion. But a lot more of them loved the cuteness, the banter, the fact that these two women live in their own world of pure joy. I’m in the second camp, and I recommend it to everybody. 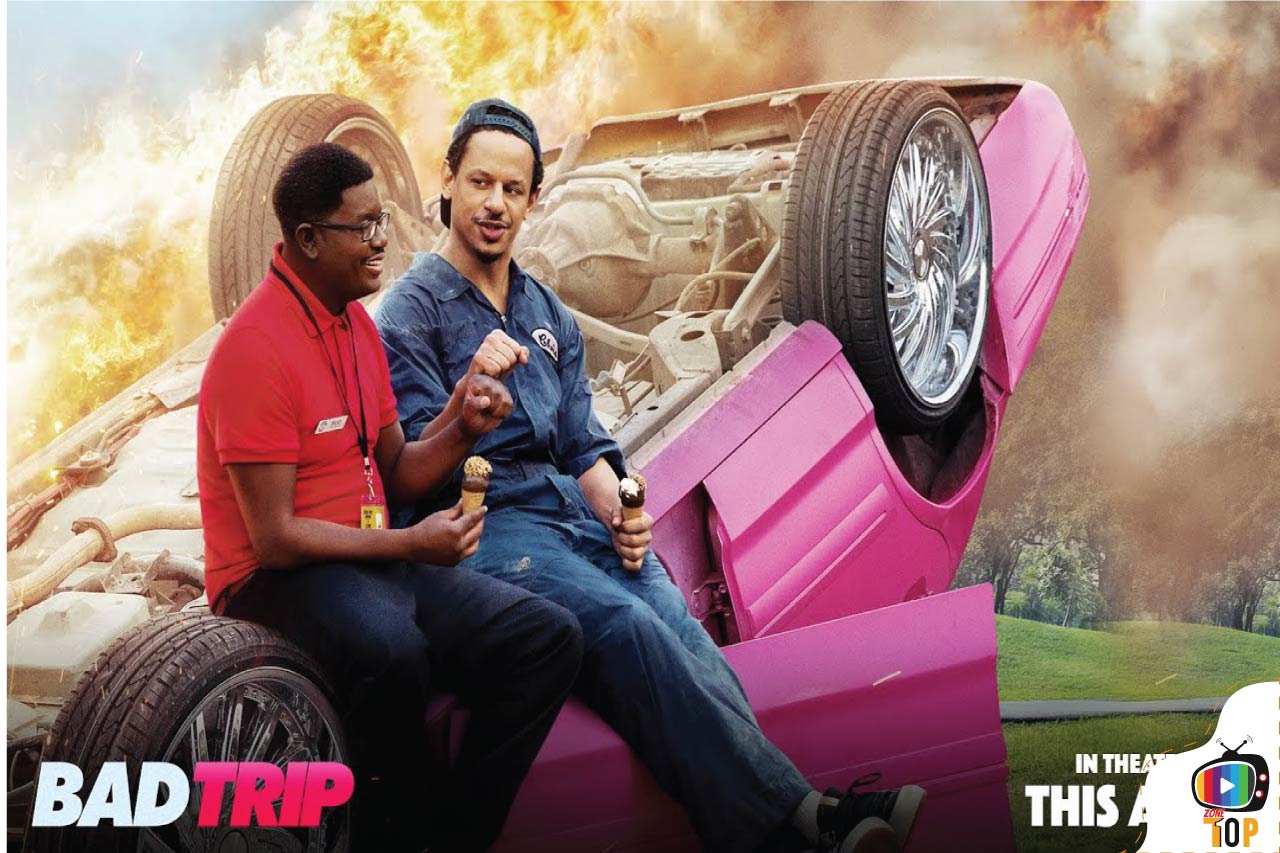 Are you a prankster looking for some inspiration or just a good laugh? Join Eric Andre on his Bad Trip and watch as he travels across America in this extravagant expression of practical comedy. With a mix, of scripted comedy and hidden camera pranks Bad Trip is guaranteed to have you on the floor laughing.

Bad Trip is about two best friends who go on a road trip from Florida to New York City together and, well, let’s just say a lot of crazy sh*t happens. 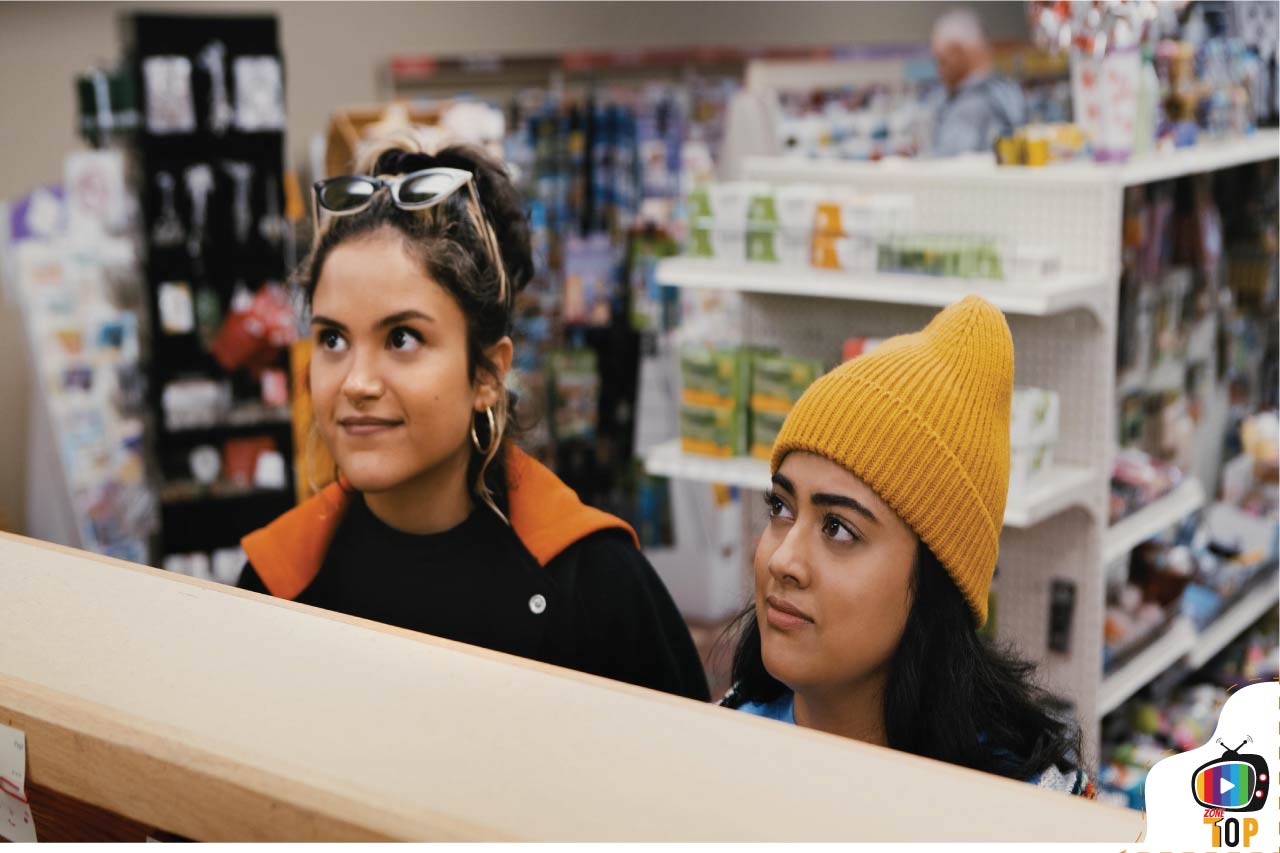 The race is on! Straight-laced high school student Sunny and her slacker best friend Lupe only have 24 hours to hunt down a Plan B pill in America’s heartland after a regrettable first sexual encounter. Will they secure the pill they need before the clock runs out? Only time will tell. 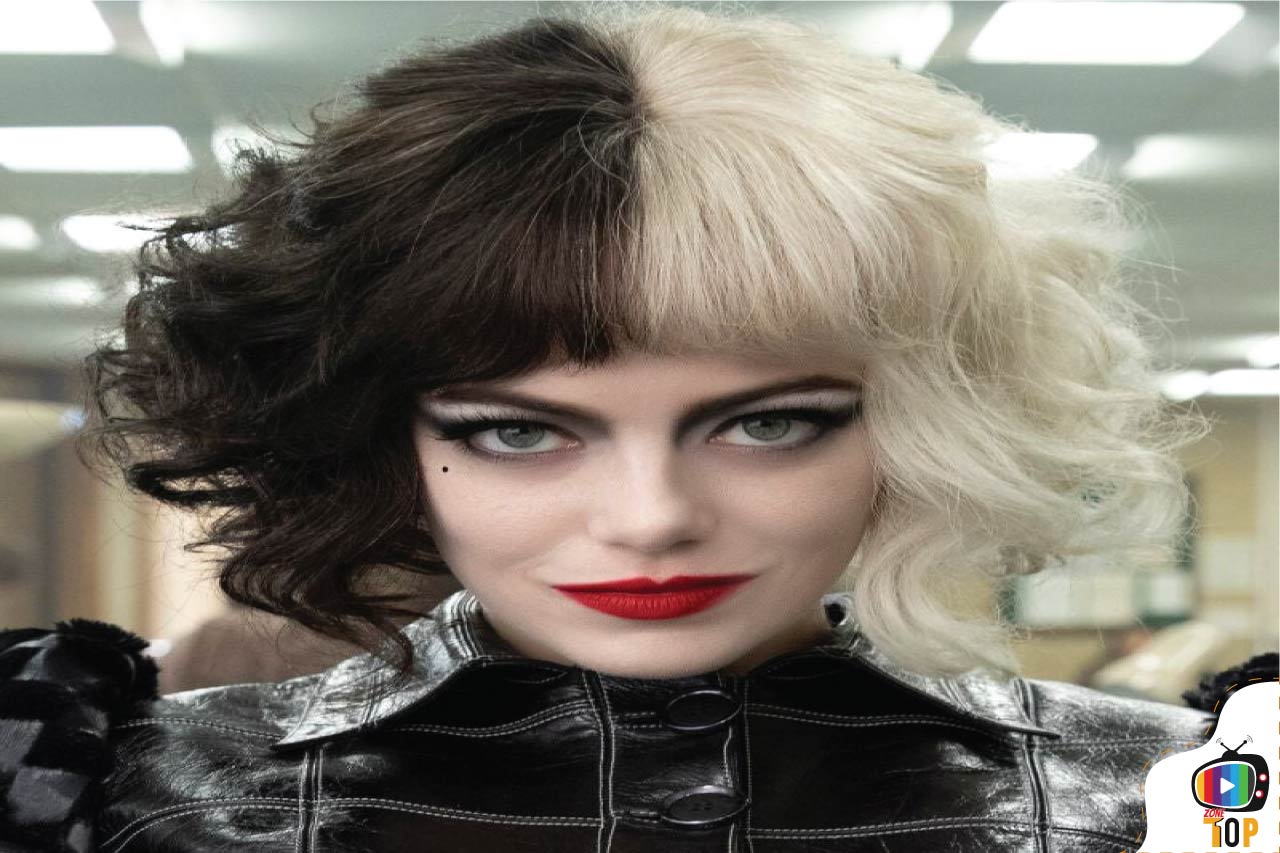 We finally learn the story behind the infamous Cruella Devil in Disney’s Cruella. A young Estella has dreams of becoming a fashion designer and when she finally gets her chance to work with fashion legend Baroness von Hellman she begins to embrace her wicked side as Cruella when she learns an ugly truth.

“I was born different, born bad, and a little bit mad.” And with that, the one-of-a-kind Cruella Devil gets her own backstory. The dog-wearing fashion designer definitely looks stylish and sexy, thanks to Stone, but I think I’m most intrigued to see how we’re supposed to root for her?? Thompson and Strong look like they’re chewing the scenery like crazy, so come for the A-list stars giving it 110 percent. 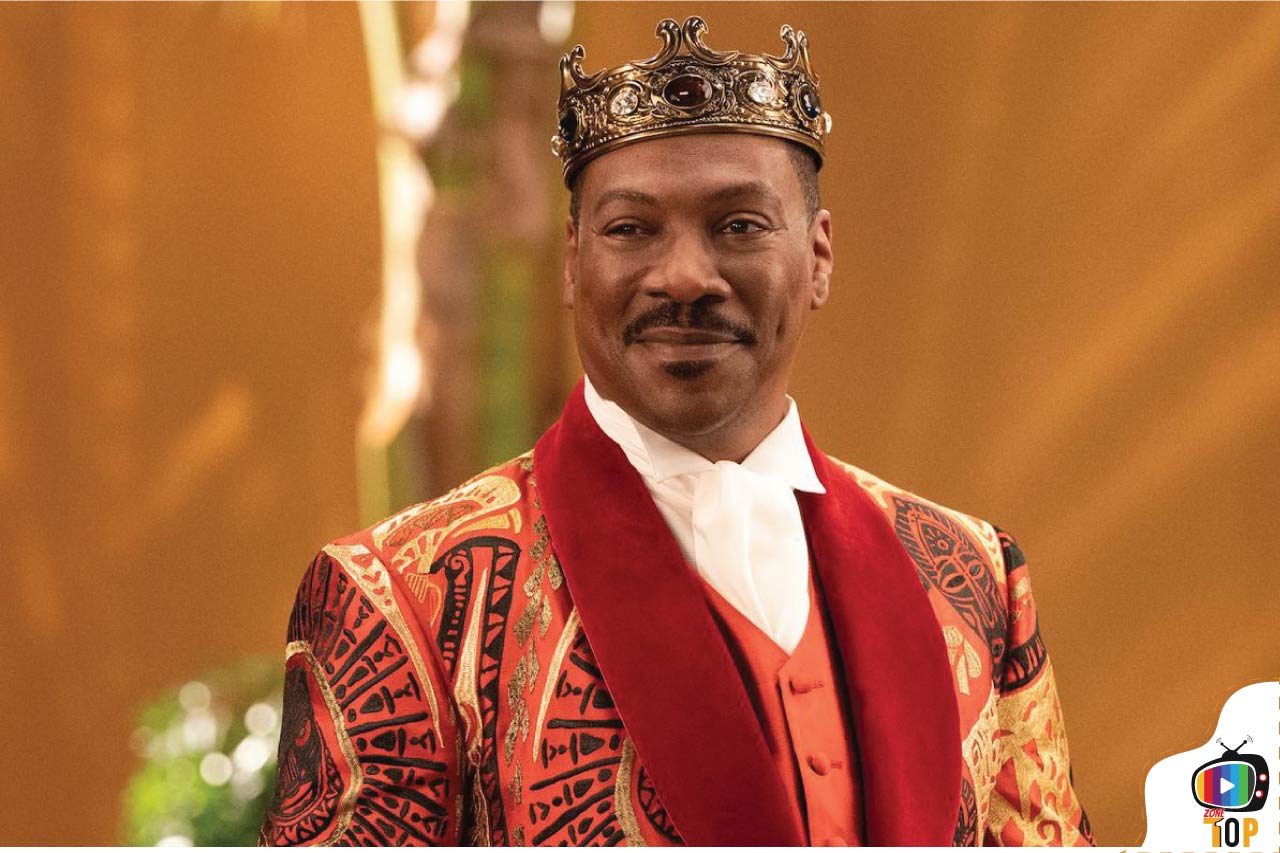 The long-awaited sequel to one of Eddie Murphy’s most iconic movies is finally here. Coming 2 America picks up right where the original left off following the African monarch Akeem must return to America after learning that he has a long-lost son in the United States.

Nothing like a brief 33 years between an original and a sequel, right? Eddie Murphy and Arsenio Hall have reunited on the big screen for Coming 2 America, which shows us what Prince Akeem Joffer has been up to all these years.

It’s been 33 years since the release of Coming to America, and if that doesn’t make you feel really old, then you’re probably too young to understand how seminal the Eddie Murphy comedy was. The SNL great is taking up the franchise again alongside original costar Arsenio Hall, Tracy Morgan, and more in another Africa-to-New York transplant plot. If Murphy’s recent Dolemite Is My Name is any indication, he’s still in fine form. 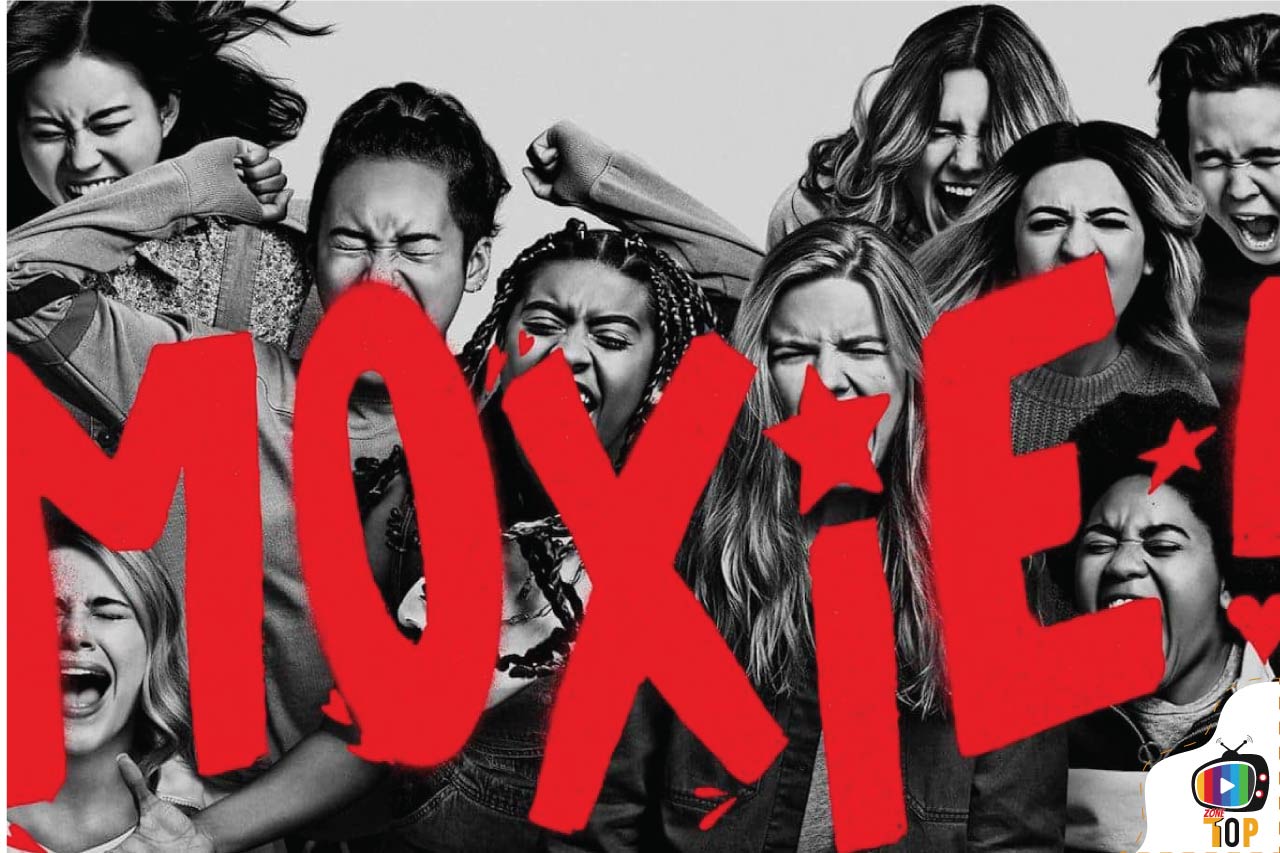 Moxie centers on a shy 16-year-old, inspired by her mother’s rebellious past, who publishes an anonymous zine that calls out sexism in her school.
If you are looking for some girl power this movie is the one for you. Fed up with the sexist and toxic status quo at her high school, Vivian, a shy 16-year-old, anonymously publishes zin after finding inspiration from her mother’s rebellious past. This sparks a school-wide, coming-of-rage revolution. 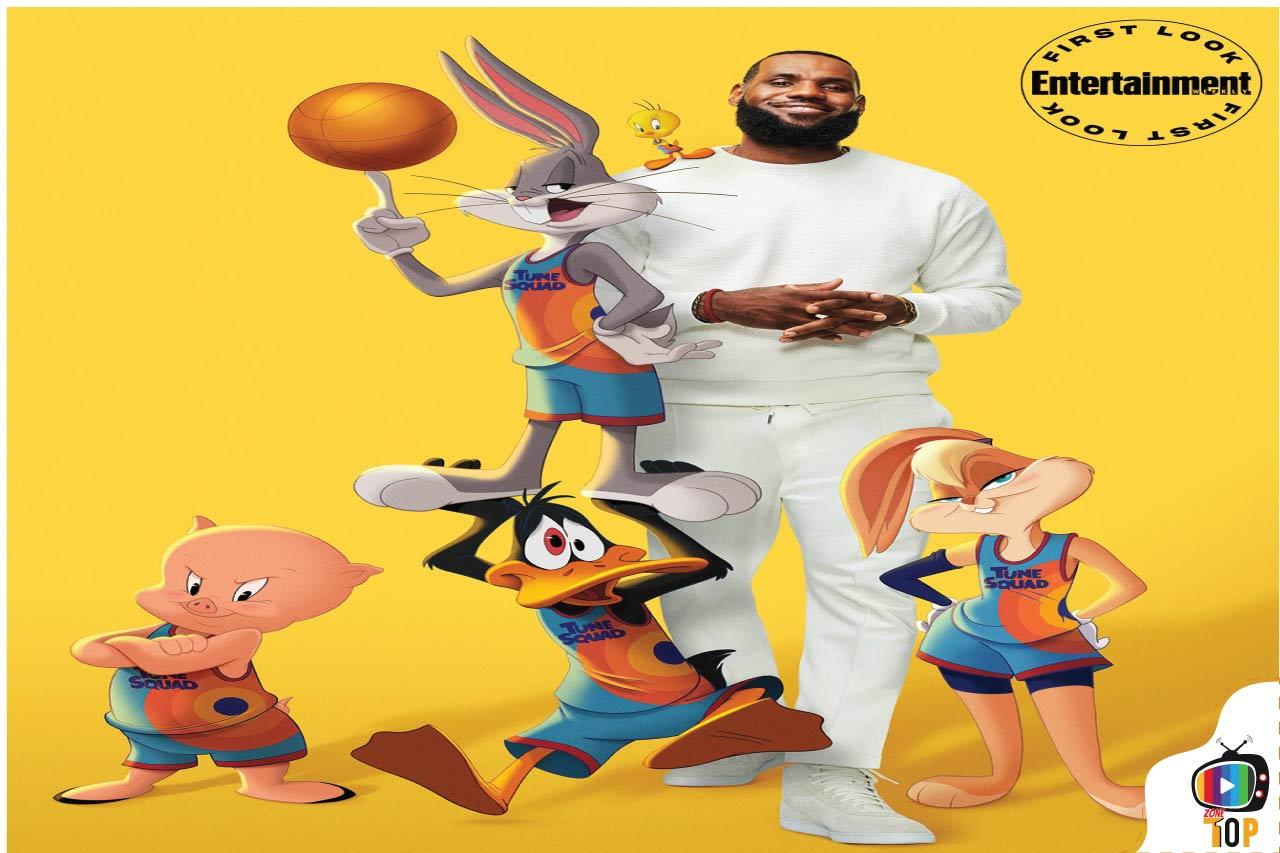 LeBron James steps off the court to take his shot on the big screen. The movie follows the superstar and his son after they get trapped in digital space. In order to make it home safely, LeBron must team up with the looney tunes gang to win against the AI’s digitized champions of the court in a high-stakes basketball game.

The highly-anticipated live-action/animated sports comedy featuring Lebron James in all of his basketball glory will be released this summer. In the movie, James attempts to save his son by helping the Looney Tunes win a basketball match.

2-To All The Boys: Always and Forever 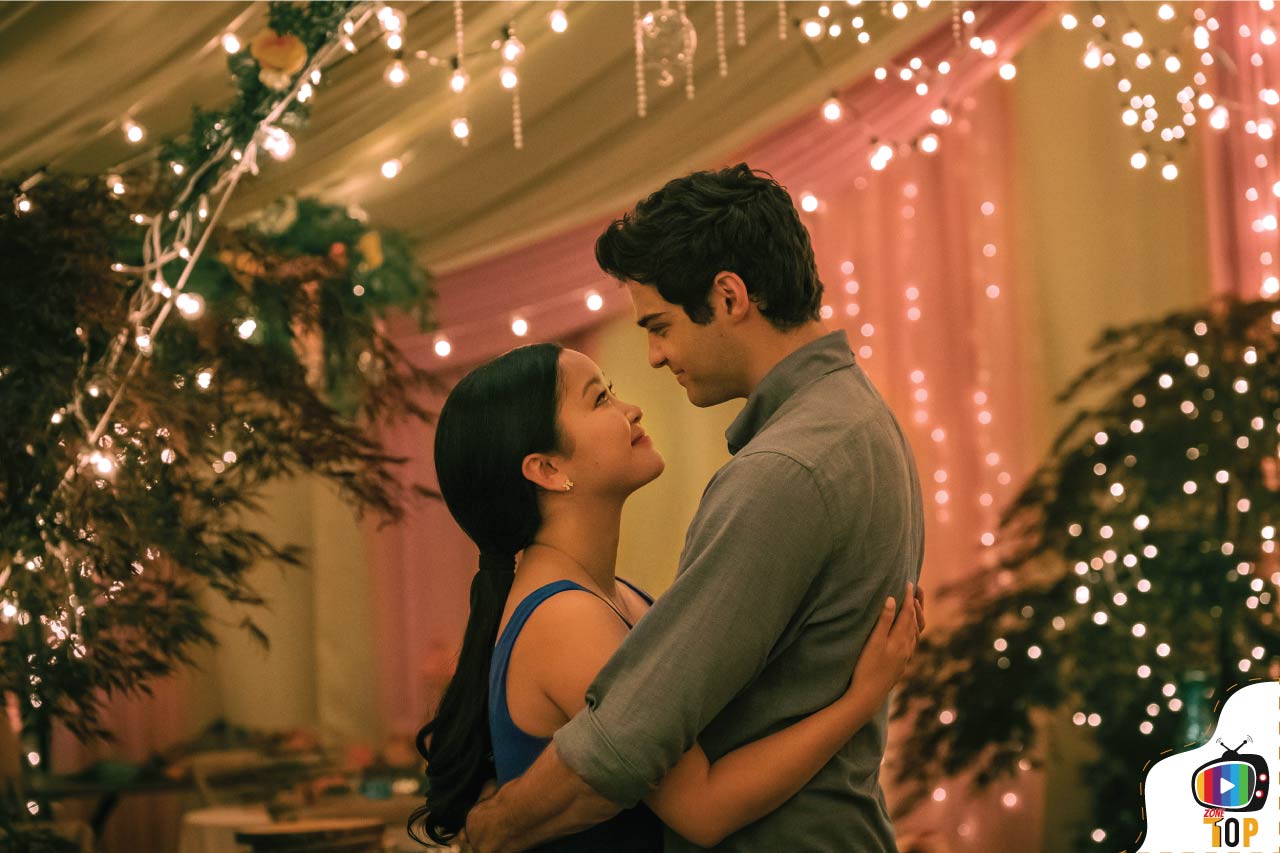 The first two were super-sweet, and even though I’m in the “Lara should have chosen John Ambrose” camp (I KNOW) this is still the sweet ending to the saga we all needed. I appreciate that to an 18-year-old, going to college with your boyfriend and starting your happily ever after is the most important decision of all time, but as an old person I can still appreciate the sweetness even if the stakes are lower than I expected.

Laura-Jean and Peter have returned to our screens once more. This time, though, your favorite couple is tasked with planning their future. Watch as the two try to navigate the final days of high and choosing the right college. Will they spend the next four years together? 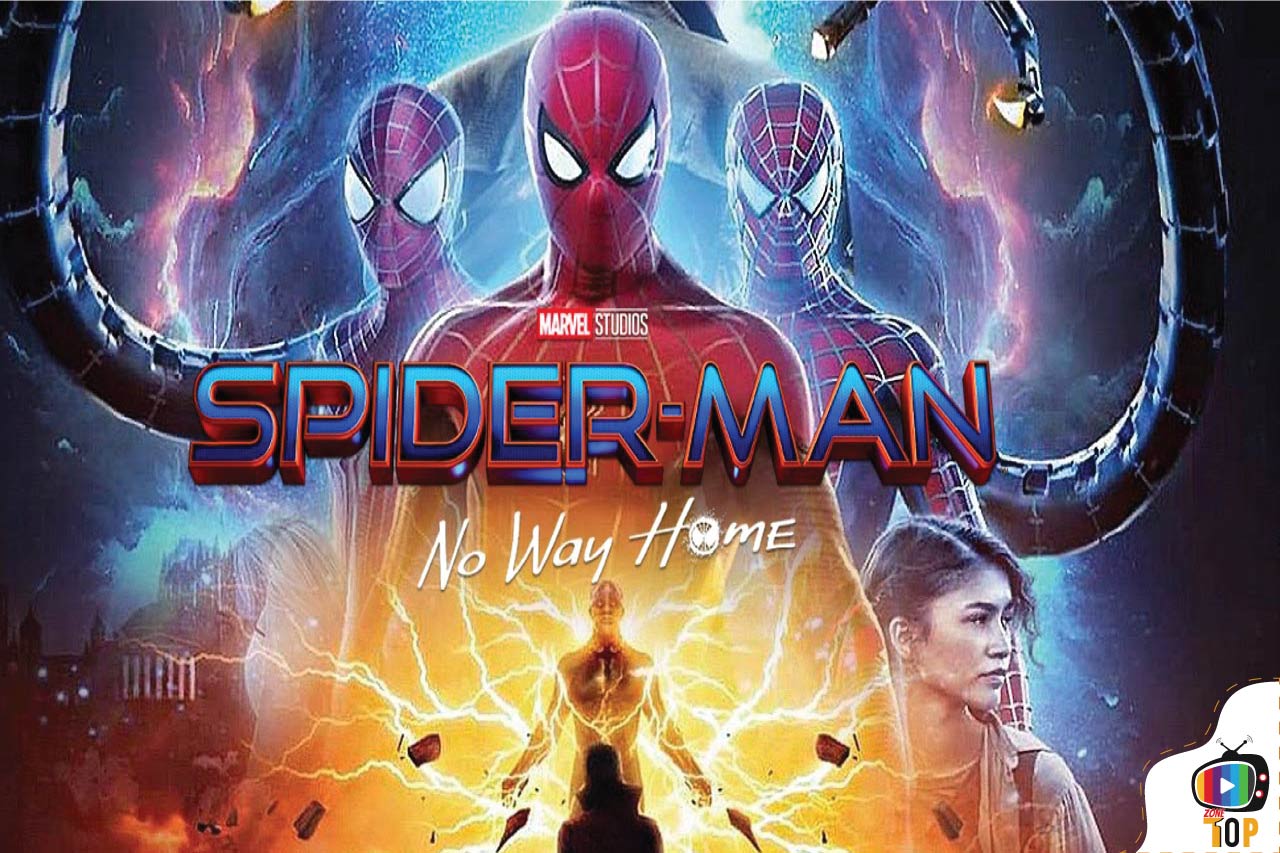 Marvel is not given enough credit for some of the one-liners these heroes say. The Spider-Man Movies are no different with one Mr. Tom Holland delivering them. Catch the latest installment this winter. One of the most underrated aspects of some Marvel movies is their sense of humor.

The Spider-Man films benefit from this as well as a cheerfully earnest Holland delivering them. No spoilers, but the ending of the second film takes the story in new directions, which should help it feel fresh.