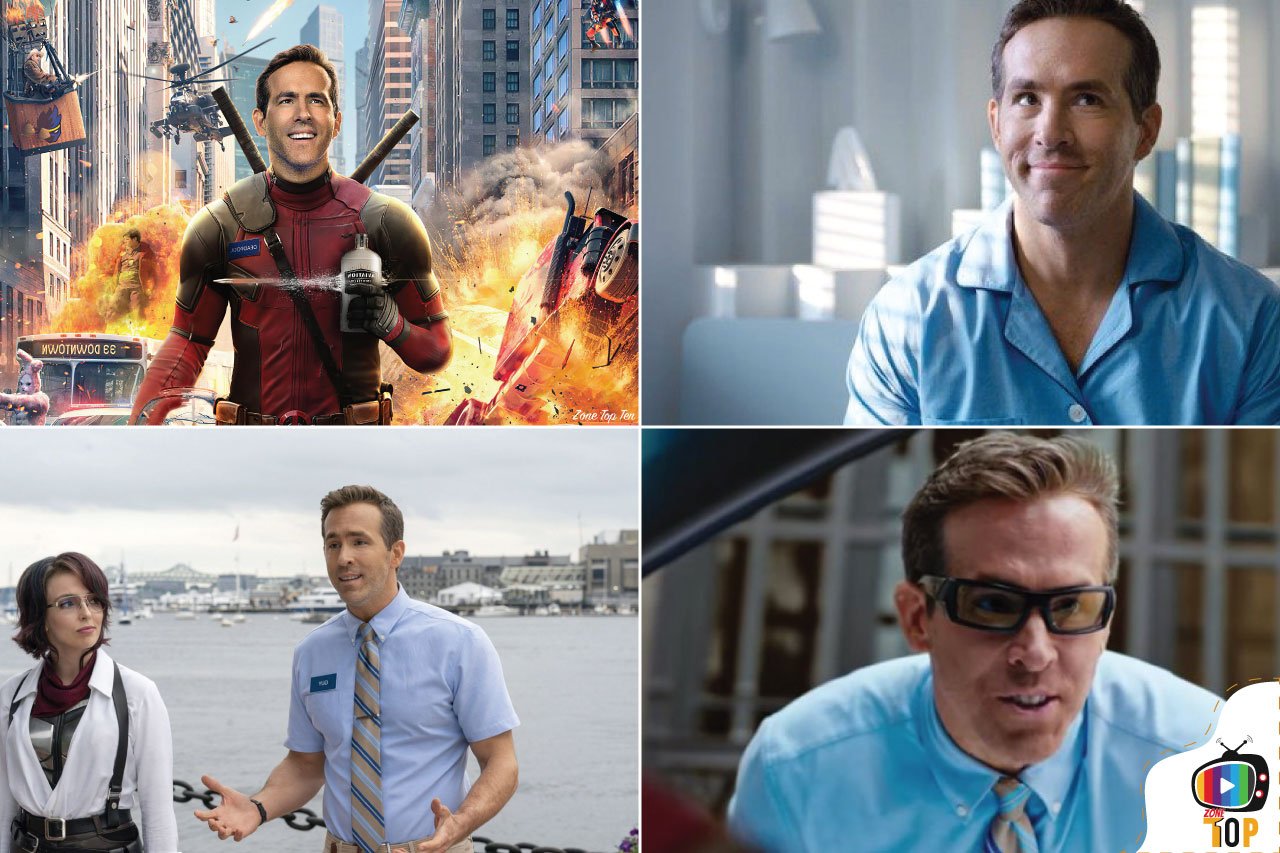 Ryan Reynolds’ upcoming comedy Free Guy is the latest major film to see its release delayed due to the current health crisis.

The film moved from its previously scheduled summertime slot of July 3 to December 11 instead.
In an effort to entertain fans who are eagerly awaiting the film’s release, Reynolds, 43, unveiled a new teaser from the upcoming film on YouTube.

According to the official synopsis of Free Guy, Reynolds plays “a bank teller who discovers he is actually a background player in an open-world video game and decides to become the hero of his own story … one he rewrites himself. Now in a world where there are no limits, he is determined to be the guy who saves his world his way … before it is too late.”

Directed by Shawn Levy (Night at the Museum), Reynolds stars alongside Jodie Comer, Taika Waititi and Joe Keery among others.

As COVID-19 continues to spread across the globe, Hollywood is being forced to delay and reschedule the releases of some of the most anticipated movies of the year. 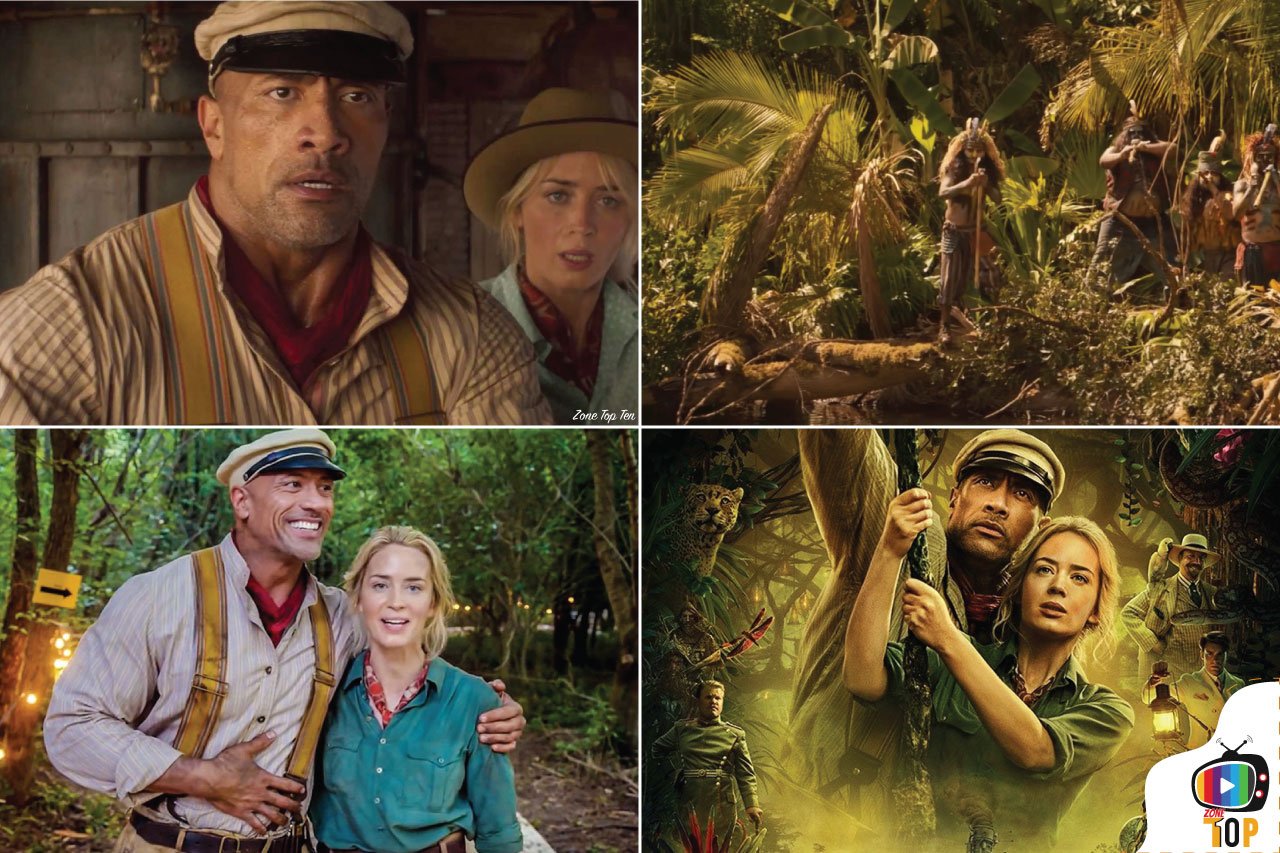 Jungle Cruise is an upcoming American adventure film based on the Disney theme park attraction of the same name and produced by Walt Disney Pictures. Directed by Jaume Collet-Serra from a screenplay written by Michael Green, Glenn Ficarra and John Requa, based on a story by Ficarra and Requa, the film stars Dwayne Johnson, Emily Blunt, Edgar Ramirez, Jack Whitehall, Jesse Plemons and Paul Giamatti.

Jungle Cruise is scheduled to be released on July 30, 2021, by Walt Disney Studios Motion Pictures.

The Hitman’s Wife’s Bodyguard is an upcoming American action comedy film directed by Patrick Hughes and written by Tom O’Connor and Brandon and Phillip Murphy. It is a sequel to the 2017 film The Hitman’s Bodyguard.
Three years after the events of the original film, bodyguard Michael Bryce continues his friendship with assassin Darius Kincaid as they embark on a new adventure to save Sonia, Darius’s wife, from new threats.

Three years after the events of the original film, bodyguard Michael Bryce continues his friendship with assassin Darius Kincaid as they embark on a new adventure to save Sonia, Darius’s wife, from new threats. 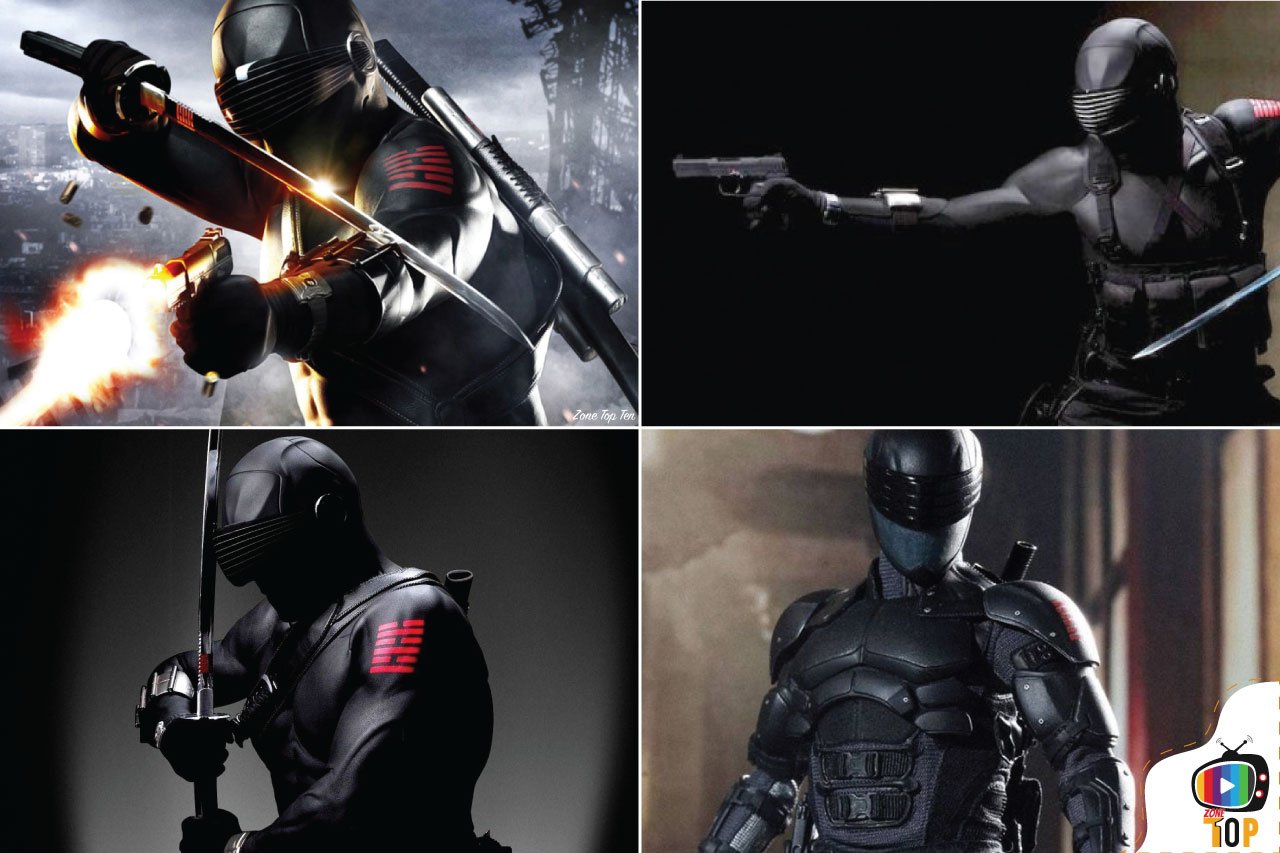 “Snake Eyes,” the third live-action film based on the “G.I. Joe” toy line, will focus on the origins of a fan-favorite character known for his masked face, black commando uniform, and ninja training. Robert Schwentke, the director of “RED” and “R.I.P.D.,” is set to direct “Snake Eyes,” for Paramount and Allspark Pictures. “Beauty and The Beast” screenwriter Evan Spiliotopoulos wrote the first draft of the screenplay.

The film is intended to be the third instalment and a relaunch of the G.I. Joe film series, mainly focusing on the origins of the character of the same name. Henry Golding portrays the main character, replacing Ray Park, while Andrew Koji, Iko Uwais, Úrsula Corberó as Baroness, Samara Weaving, Haruka Abe, Takehiro Hira, Steven Allerick and Peter Mensah are starring in supporting roles. 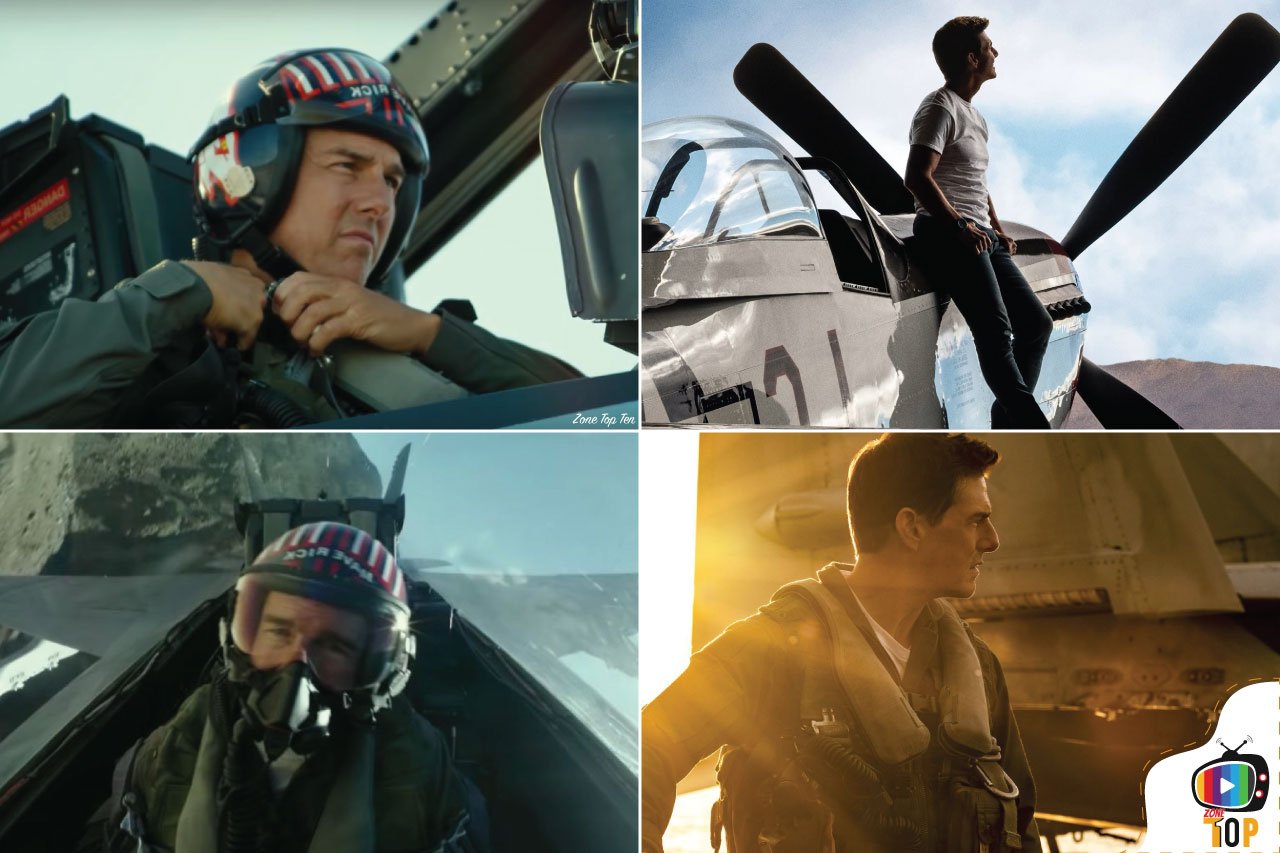 Top Gun: Maverick is an upcoming American action drama film directed by Joseph Kosinski from a screenplay by Ehren Kruger, Eric Warren Singer, and Christopher McQuarrie and a story by Peter Craig and Justin Marks. It is the sequel to 1986’s Top Gun.

After more than thirty years of service as one of the Navy’s top aviators, Pete “Maverick” Mitchell (Tom Cruise) is where he belongs, pushing the envelope as a courageous test pilot and dodging the advancement in rank that would ground him. When he finds himself training a detachment of Top Gun graduates for a specialized mission the likes of which no living pilot has ever seen, Maverick encounters Lt. Bradley Bradshaw (Miles Teller), call sign: “Rooster,” the son of Maverick’s late best friend and Radar Intercept Officer LTJG Nick Bradshaw, known as “Goose.” Facing an uncertain future and confronting the ghosts of his past, Maverick is drawn into a confrontation with his own deepest fears, culminating in a mission that demands the ultimate sacrifice from those who will be chosen to fly it.

Top Gun: Maverick is scheduled to be theatrically released in the United States on December 23, 2020, by Paramount Pictures.

The King’s Man is an upcoming period action spy film directed, produced and co-written by Matthew Vaughn, with Karl Gajdusek, from a story by Vaughn. It is a prequel to the Kingsman film series, which is loosely based on the comic book series Kingsman, created by Dave Gibbons and Mark Millar and published by Marvel’s Icon Comics imprint.

As a collection of history’s worst tyrants and criminal masterminds gather to plot a war to wipe out millions, one man and his protégé must race against time to stop them.

Tenet is more than a movie. It’s the spark that cinemas are counting on to ignite a moviegoing revival in the U.S. and beyond. Nearly every blockbuster set to debut this year has shifted after the coronavirus pandemic prompted cinemas nationwide to close. While tentpoles like Universal’s “Fast and Furious” instalment “F9” and Disney’s “The Eternals” were pushed into 2021, “Tenet” has been one of the few films to hold steady on the release calendar. When movie theatres do reopen, Nolan wants his big-budget espionage thriller to be the first to greet moviegoers on the big screen.

Tenet is scheduled to be released by Warner Bros. Pictures on July 17, 2020. 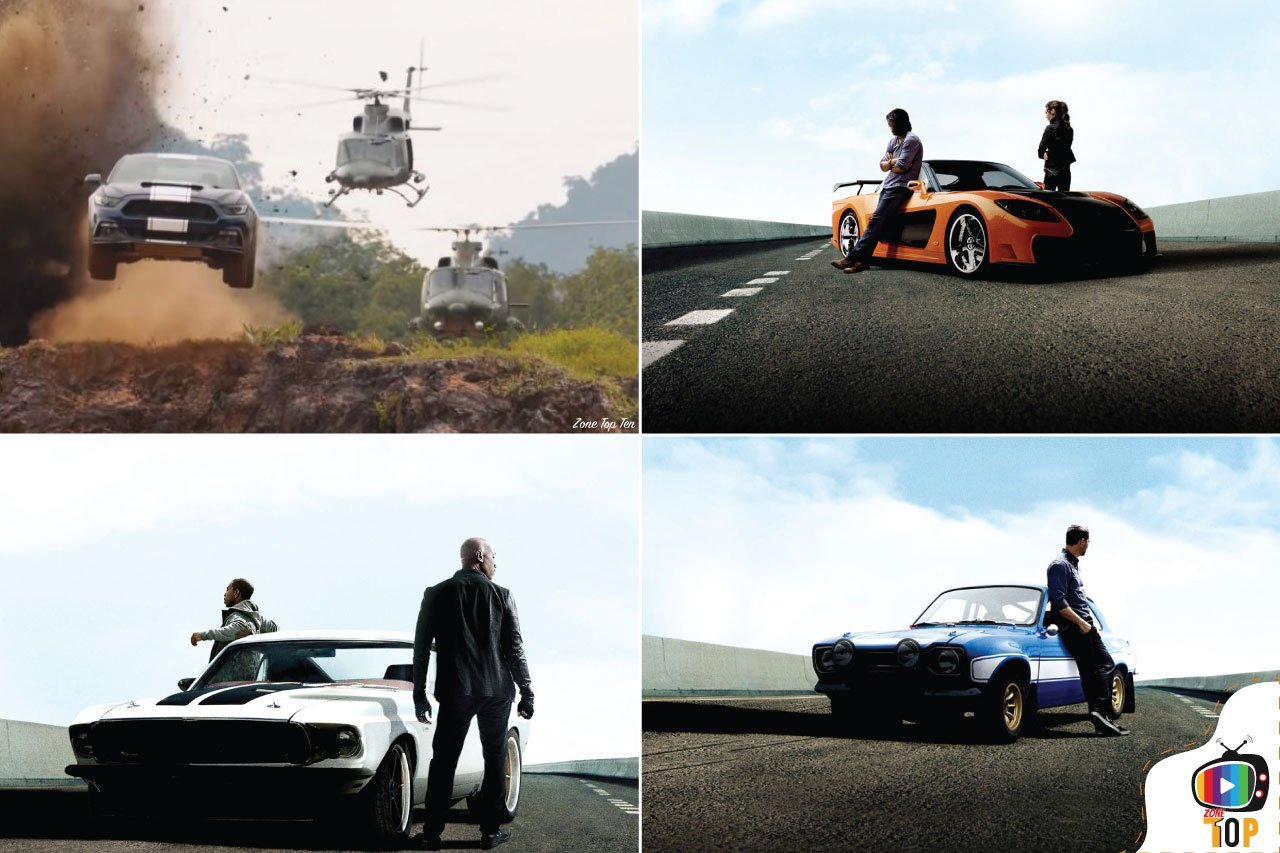 The first film was released in 2001, which began the original trilogy of films focused on racing, and culminated in the film The Fast and the Furious: Tokyo Drift (2006). The series went under a change with Fast & Furious (2009), which transitioned the series toward heists and spying, and was followed by four sequels. F9 is set to be released in 2021, with a tenth planned. The main films are collectively known as The Fast Saga.

Originally scheduled for a 2020 release, the film’s general release has been rescheduled to April 2, 2021, due to the COVID-19 pandemic. 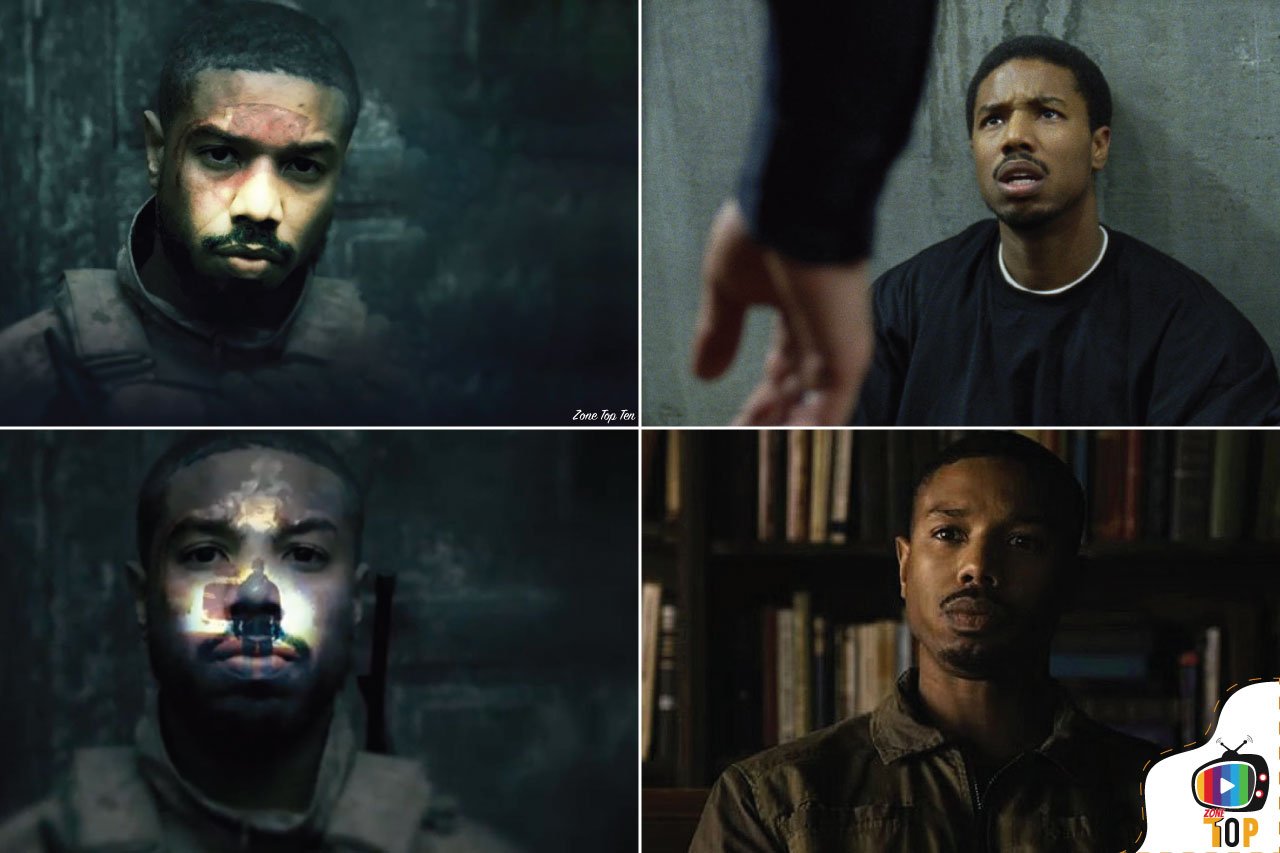 Without Remorse is an upcoming 2020 American action thriller film directed by Stefano Sollima and written by Taylor Sheridan. It is based on the 1993 novel of the same name by Tom Clancy.

Tom Clancy first introduced John Clark in the 1988 novel The Cardinal of the Kremlin. The character is considered Clancy’s second most famous creation, after Jack Ryan. John Clark previously has been played by Willem Dafoe (1994’s Clear and Present Danger, opposite Harrison Ford as Jack Ryan) and Liev Schreiber (2002’s The Sum of All Fears, opposite Ben Affleck).

Without Remorse is an upcoming 2020 American action thriller film directed by Stefano Sollima and written by Taylor Sheridan. It is based on the 1993 novel of the same name by Tom Clancy.

John Clark, a U.S. Navy SEAL, goes on a path of vengeance to solve his wife’s murder only to find himself inside of a larger conspiracy.

It is scheduled to be released in the United States on October 2, 2020. 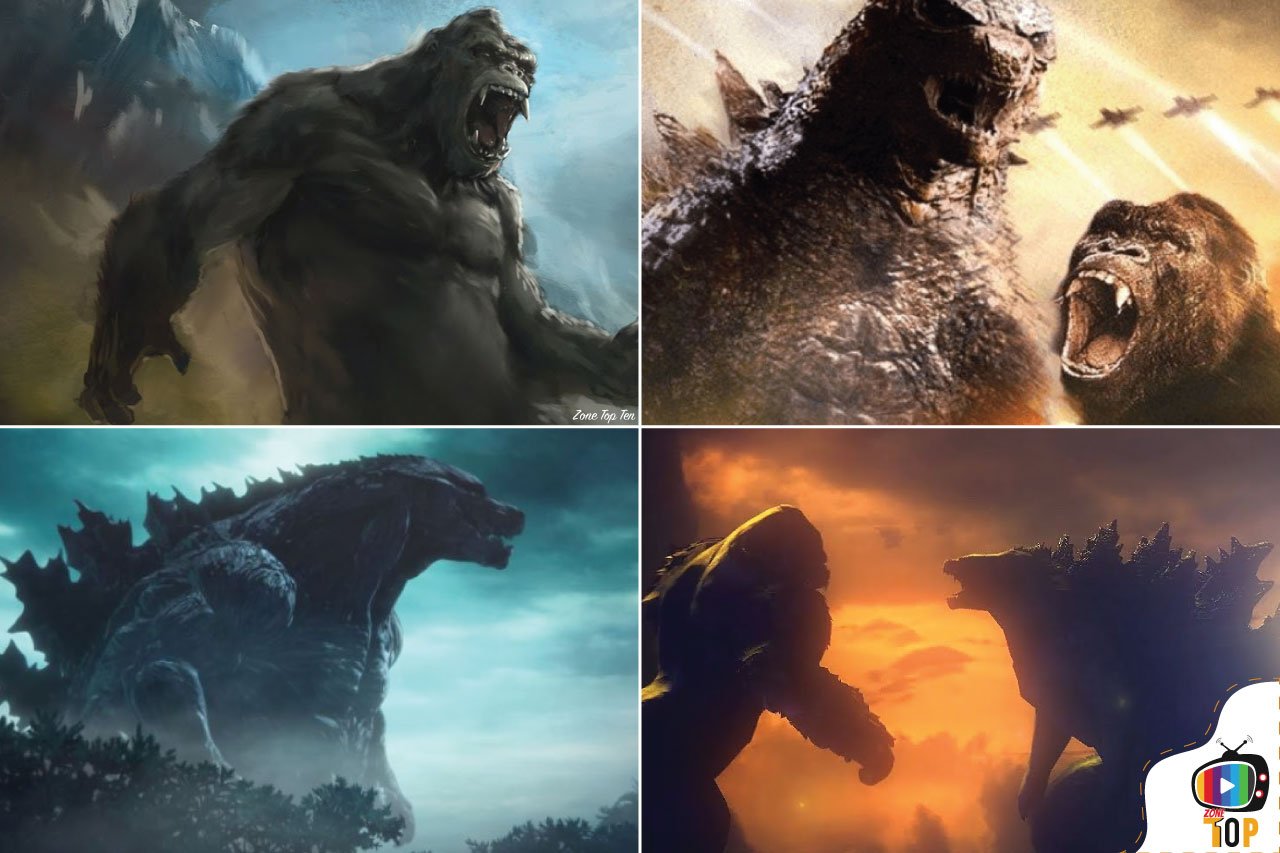 Godzilla vs. Kong is an upcoming American monster film directed by Adam Wingard. A sequel to Godzilla: King of the Monsters (2019) and Kong: Skull Island (2017), it is the fourth film in Legendary’s MonsterVerse. The film is also the 36th film in the Godzilla franchise, the 12th film in the King Kong franchise, and the fourth Godzilla film to be completely produced by a Hollywood studio.

The project was announced in October 2015 when Legendary announced plans for a shared cinematic universe between Godzilla and King Kong. The film’s writers room was assembled in March 2017, and Wingard was announced as the director in May 2017. Principal photography began in November 2018 in Hawaii, Australia, and Hong Kong and wrapped in April 2019. Godzilla vs.

In a time when monsters walk the Earth, humanity’s fight for its future sets Godzilla and Kong on a collision course that will see the two most powerful forces of nature on the planet collide in a spectacular battle for the ages. As Monarch embarks on a perilous mission into uncharted terrain and unearths clues to the Titans’ origins, a human conspiracy threatens to wipe the creatures, both good and bad, from the face of the earth forever.