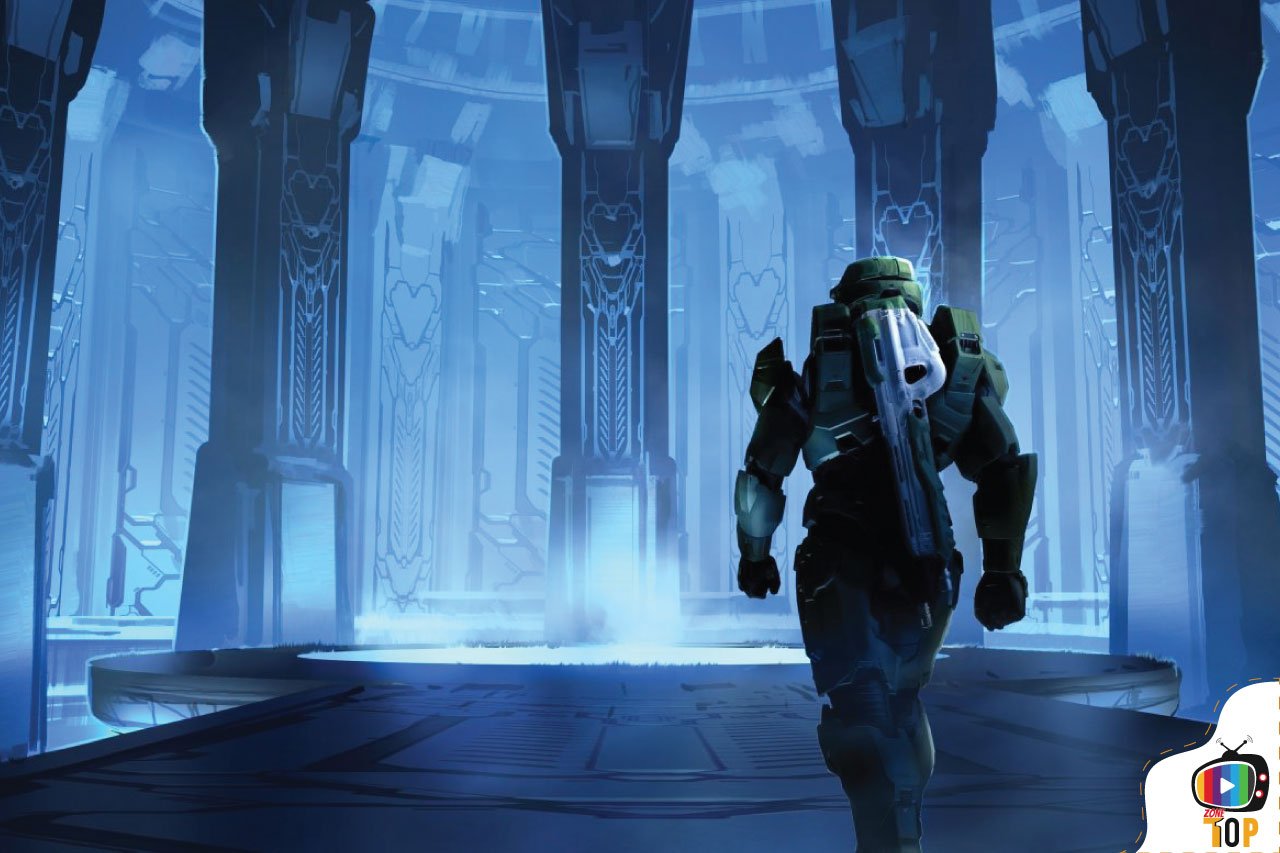 The game is set to be released in late 2020 and is the sixth main entry of the Halo series, and the fourteenth game overall. It continues the story of the Master Chief as the third chapter of the “Reclaimer Saga”, following Halo 5: Guardians. 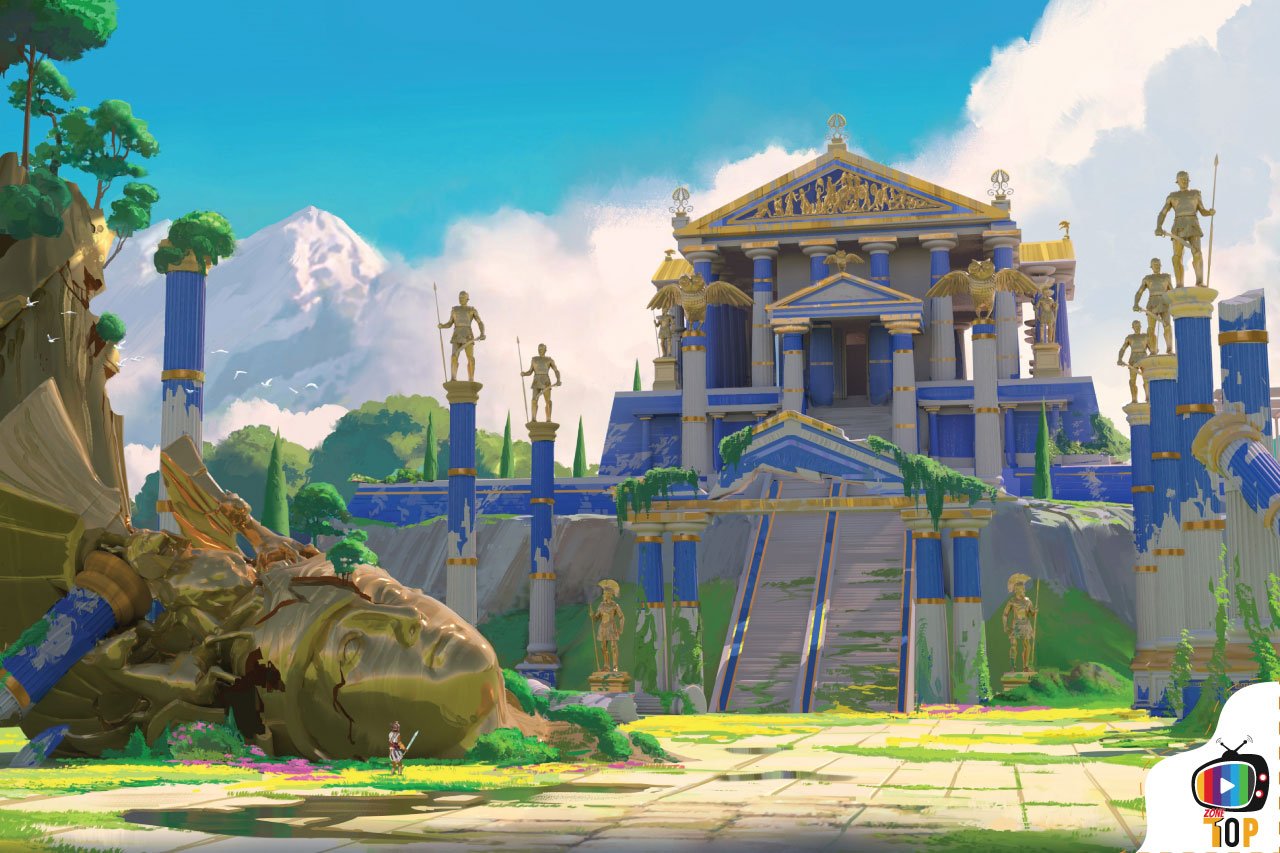 Since the Ubisoft E3 2019 showcase rounded off with an announcement trailer for a new Gods & Monsters game, we’ve haven’t seen much more of one of the studio’s most interesting upcoming releases. While we were expecting to see the new IP from the creators of Assassins Creed Odyssey released early next year, it was recently pushed back to a later date. Even though we’ll be in for a longer wait, that just means we’ll have more time to get excited about this interesting new adventure.

Described as “storybook adventure” set in a fantastical open-world of Greek mythology, with an enchanting painterly style that brings The Legend of Zelda: Breath of the Wild to mind. The cinematic trailer gave us our first glimpse of the game’s fantastical setting and some of the mythical creatures roaming its lush greenery. 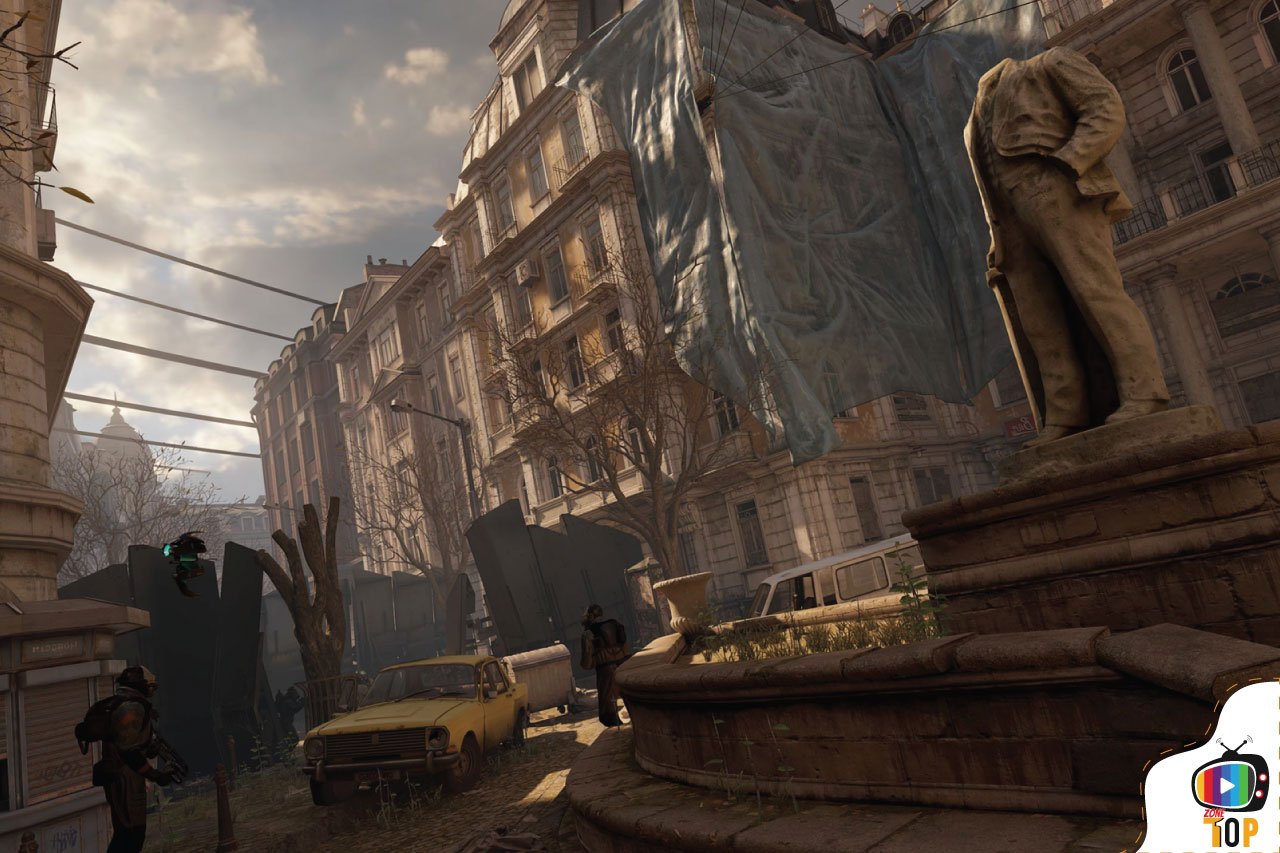 Half-Life: Alyx is a virtual reality (VR) game that supports all SteamVR-compatible VR headsets, which include the Valve Index, HTC Vive, Oculus Rift, Oculus Quest (wired through Oculus Link, or wireless using Virtual Desktop) and all Windows Mixed Reality headsets. As the gameplay was designed around VR, Valve stated there were no plans for a non-VR version. Half-Life: Alyx also supports user mods via the Steam Workshop. Valve’s Robin Walker anticipated that fans would modify the game to allow it to be played without VR equipment, adding that Valve was curious to see how players would react to this version. Tyler McVicker of Valve News Network discovered a pre-release build of the game mistakenly leaked on Steam that included non-VR developer tools, allowing interactions such as picking up objects and firing weapons. However, most of the game’s basic interactions such as pressing buttons or filling Alyx’s backpack could not be completed with the “use” key. McVicker concluded that unless a modder found a way to completely change how the player’s actions affected the game world, it was impossible to play the entire game with a non-VR control scheme.

As a first-person shooter, the player has the ability to move Alyx across a level. This can be done with VR room scale support if the player has sufficient space, physically moving around to move Alyx around in-game. Alternatively, the player can opt to use analog sticks on the VR controllers to move Alyx (a method common to most video games), to use a “teleportation” method where the player points in-game to where they want to move and the game jumps Alyx there, or an intermediate mode where, after selecting the destination point, the game glides Alyx there, smoothing the transition and giving the opportunity for the player to look around during it. In the case of the teleportation option, the game still simulates the movement even though the action appears instantaneous, and Alyx may die if attacked or move from too great a height. 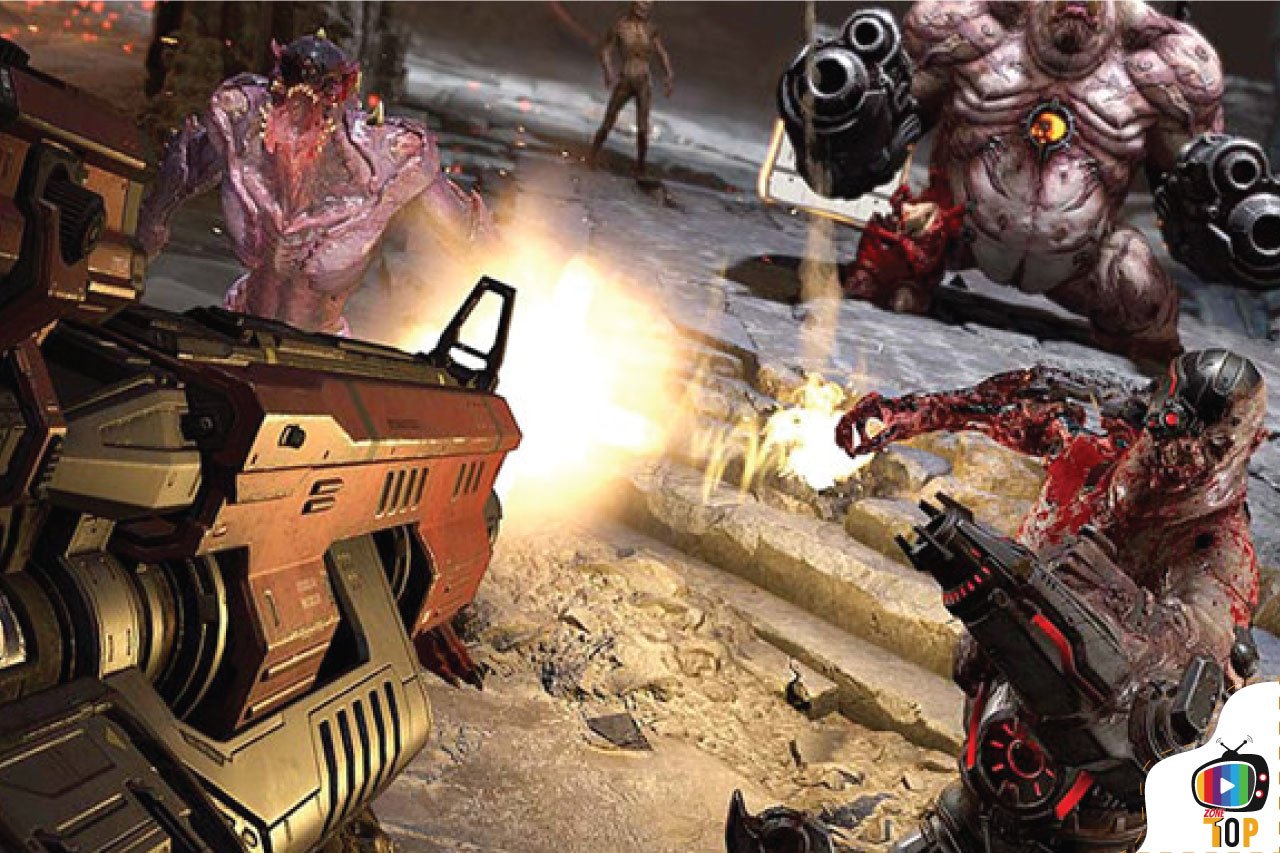 Players once again take on the role of the Doom Slayer, an ancient warrior who battles the demonic forces of Hell, from a first-person perspective.

The game continues its predecessor’s emphasis on “push-forward” combat, encouraging the player to aggressively engage enemies in order to acquire health, ammo, and armour. The player has access to various firearms, such as the Combat Shotgun, Super Shotgun, Heavy Cannon, Rocket Launcher, Plasma Rifle, BFG 9000, and Ballista.

Melee weapons such as a chainsaw, the “Crucible Blade” energy sword and a retractable arm-blade called the “Doomblade” can also be used. The arm-blade provides the opportunity for a larger variety of quick and violent “glory kill” executions, which drop extra health.

The Super Shotgun is now equipped with the “Meat Hook”, a ranged accessory which grabs on to enemies and slingshots the player towards them, functioning as a grappling hook, useful both in combat scenarios and environmental navigation. The Doom Slayer’s armour now includes a shoulder-mounted Equipment Launcher with the ability to lob grenades and ice bombs. Additionally, the Flame Belch is a flame thrower, which causes the enemies to set on fire with it to drop armour pickups.

Finally, killing enemies with the chainsaw will drop ammunition. New movement mechanics such as wall-climbing, dash moves, and horizontal bars to swing from have also been introduced. 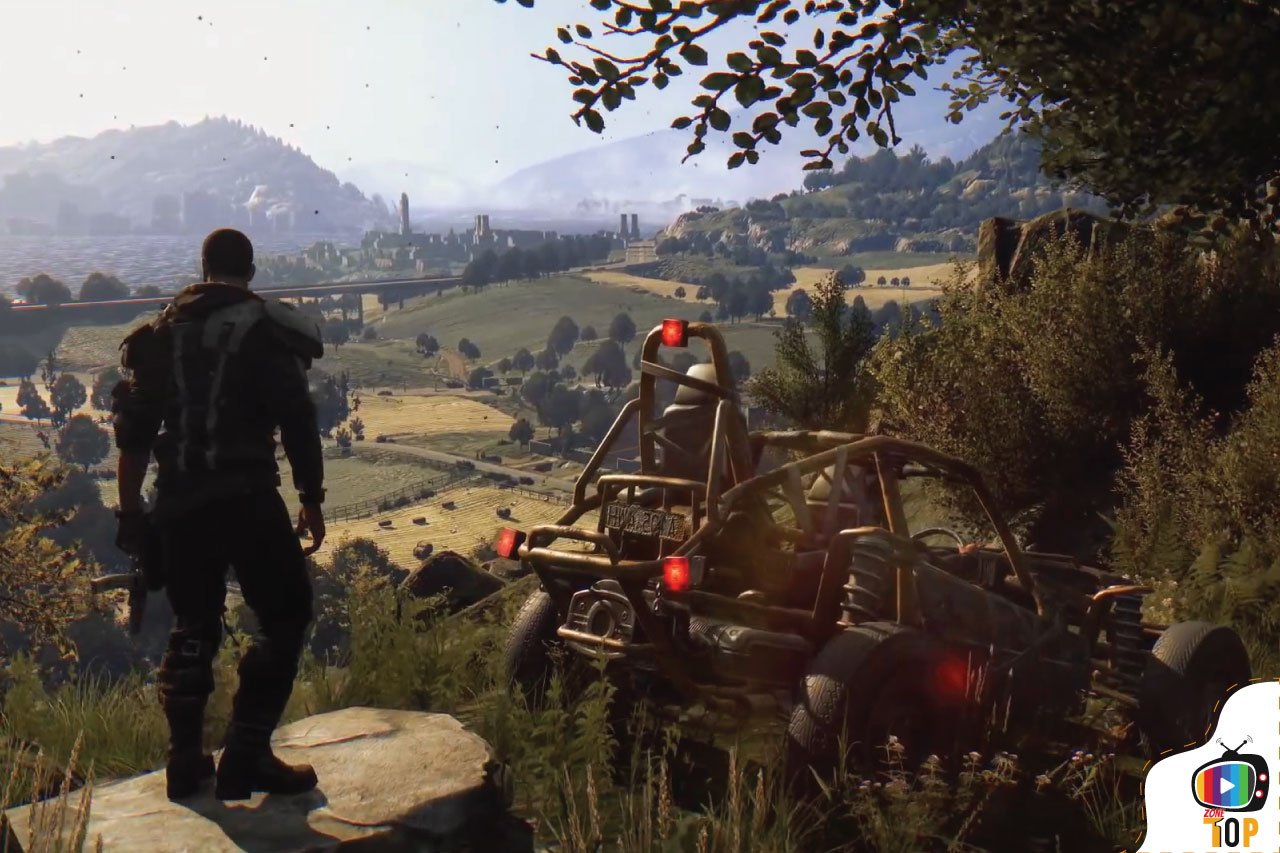 Players can perform actions such as climbing ledges, sliding, leaping off from edges, and wall running to quickly navigate the city. More than double the parkour moves have been added since the first game, some are exclusive to particular areas of the city.

Tools such as a grappling hook and a paraglider also aid transversal in the city. Aiden can also use the undead to break his fall. The game is mostly melee-based with the majority of fighting using melee weapons. The melee weapons have a limited lifespan and will degrade the longer the player uses the melee weapons in combat. Long-range weapons such as crossbows, shotguns, spears, can be used as well. Weapons can be upgraded with different blueprints and components which can be found by breaking down weapons for craft parts.

Aiden can also utilize superhuman skills due to the infection. New zombies have been added. Like the first game, the zombies are slow when exposed to sunlight, but they become more aggressive and hostile at night. 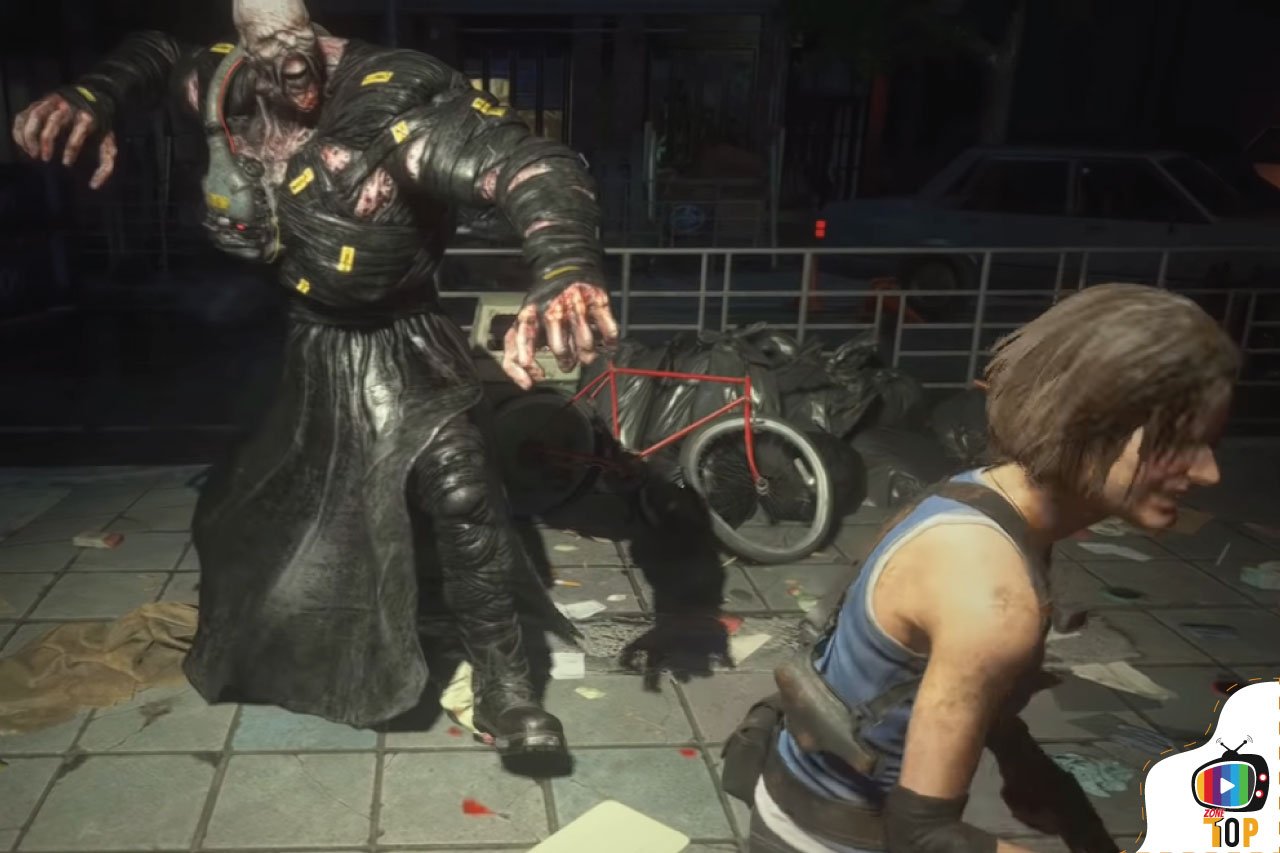 Resident Evil 3: Nemesis is a survival horror game where the player controls the protagonist, Jill Valentine, from a third-person perspective to interact with the environment and enemies. The player takes control of another character for a brief portion of the game.

To advance, the player explores a city while avoiding, outsmarting and defeating enemies. The player can interact with the environment in several ways, such as opening doors, pushing objects or climbing obstacles. Scattered throughout the city are weapons, ammunition and other items, which can be collected and put in the player’s inventory.

Items can be examined, used, or combined with others. The inventory is limited to a certain number of slots, and the player must often move items from the inventory to a storage box located in special rooms to manage space. 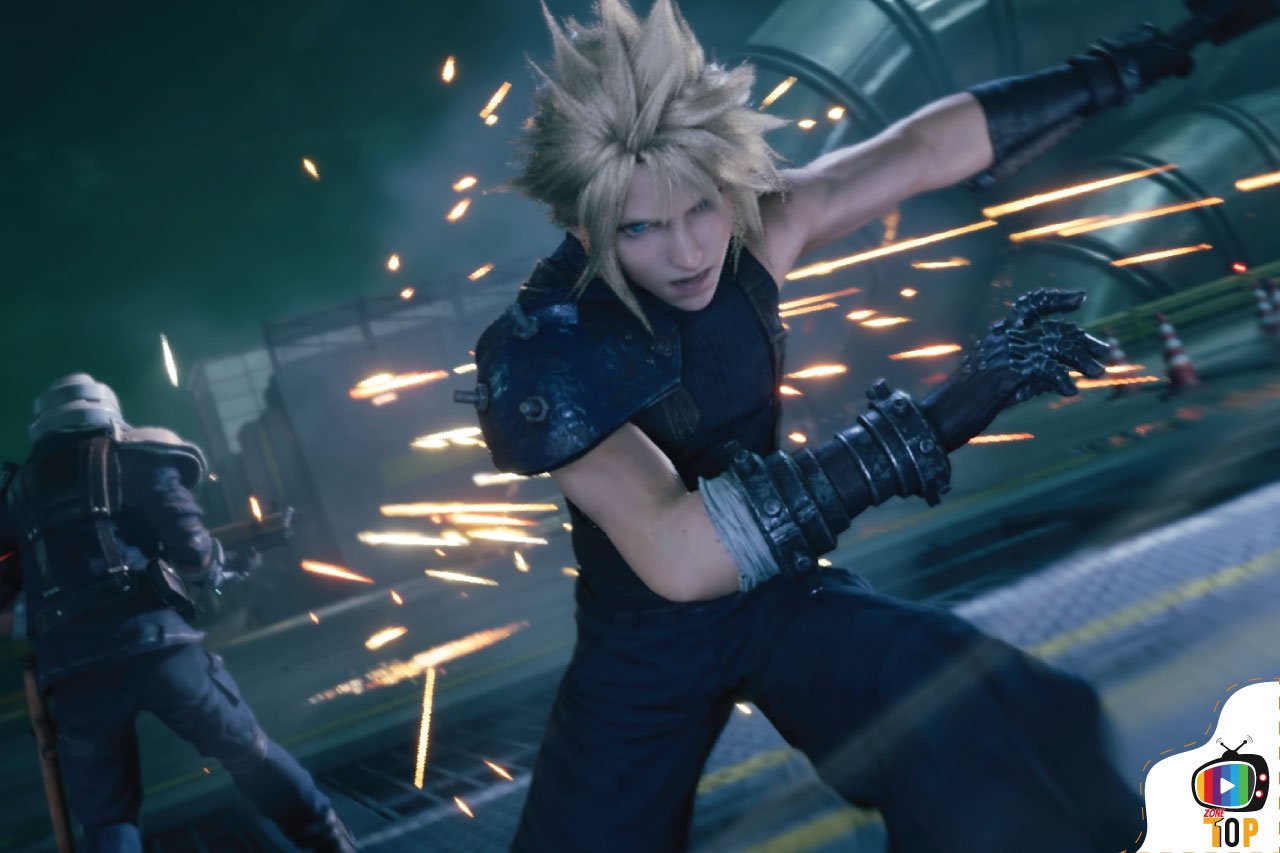 Set in the dystopian cyberpunk metropolis of Midgar, players control mercenary Cloud Strife as he and an eco-terrorist group known as AVALANCHE oppose a powerful megacorporation known as Shinra from using the planet’s life essence as an energy source. The gameplay combines real-time action with strategic and role-playing elements. 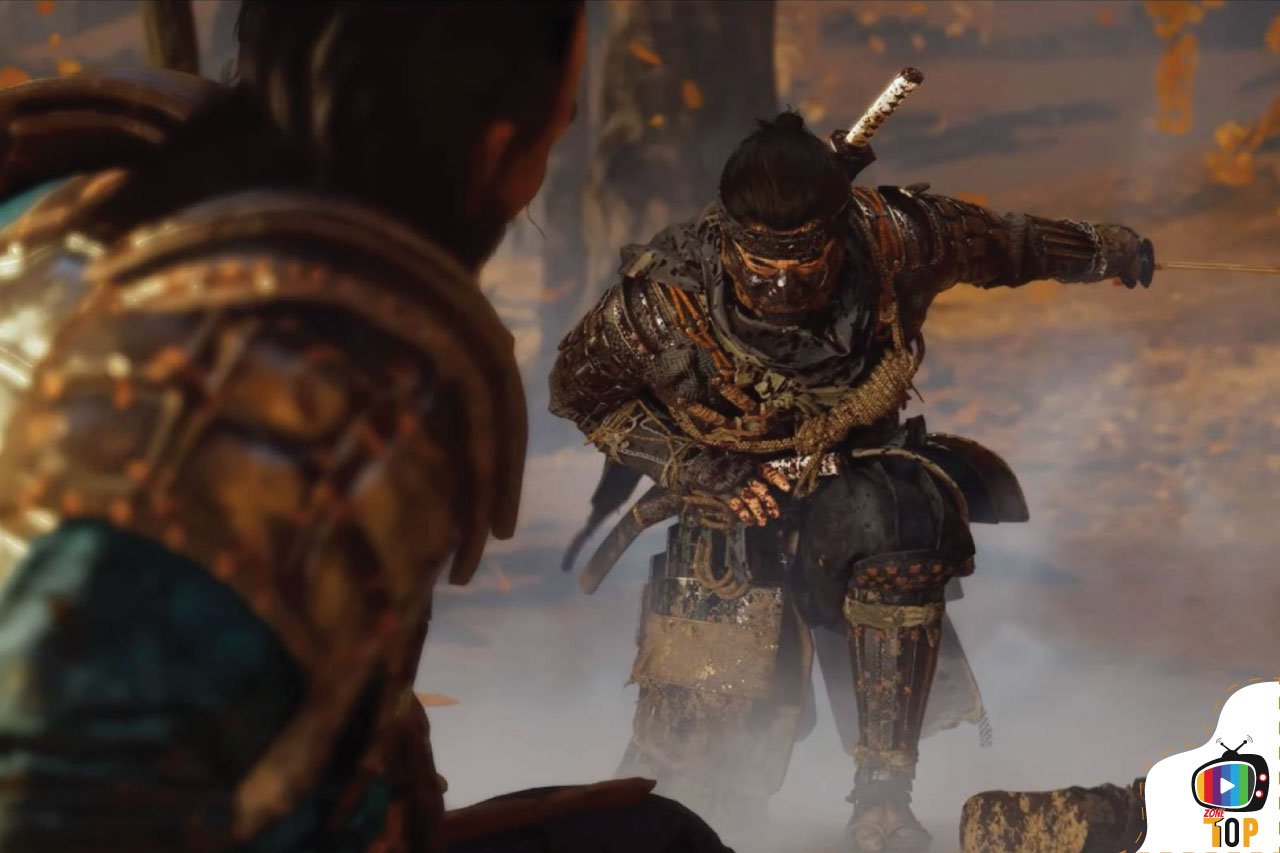 Ghost of Tsushima is an action-adventure stealth game. Played from a third-person perspective, it features a large open world without any waypoints and can be explored without guidance. Players can travel to different parts of the game’s world quickly by riding a horse. An item that acts as a grappling hook will be available to access areas that are difficult to reach. The game will feature side quests. Other characters can be interacted with.

Players can engage in direct confrontation with enemies using weapons such as a katana. They can also chain up a series of fatal assaults after highlighting the enemies. Alternatively, using stealth allows one to evade enemies and strike them silently. One-versus-one duelling with non-playable characters is also optional. 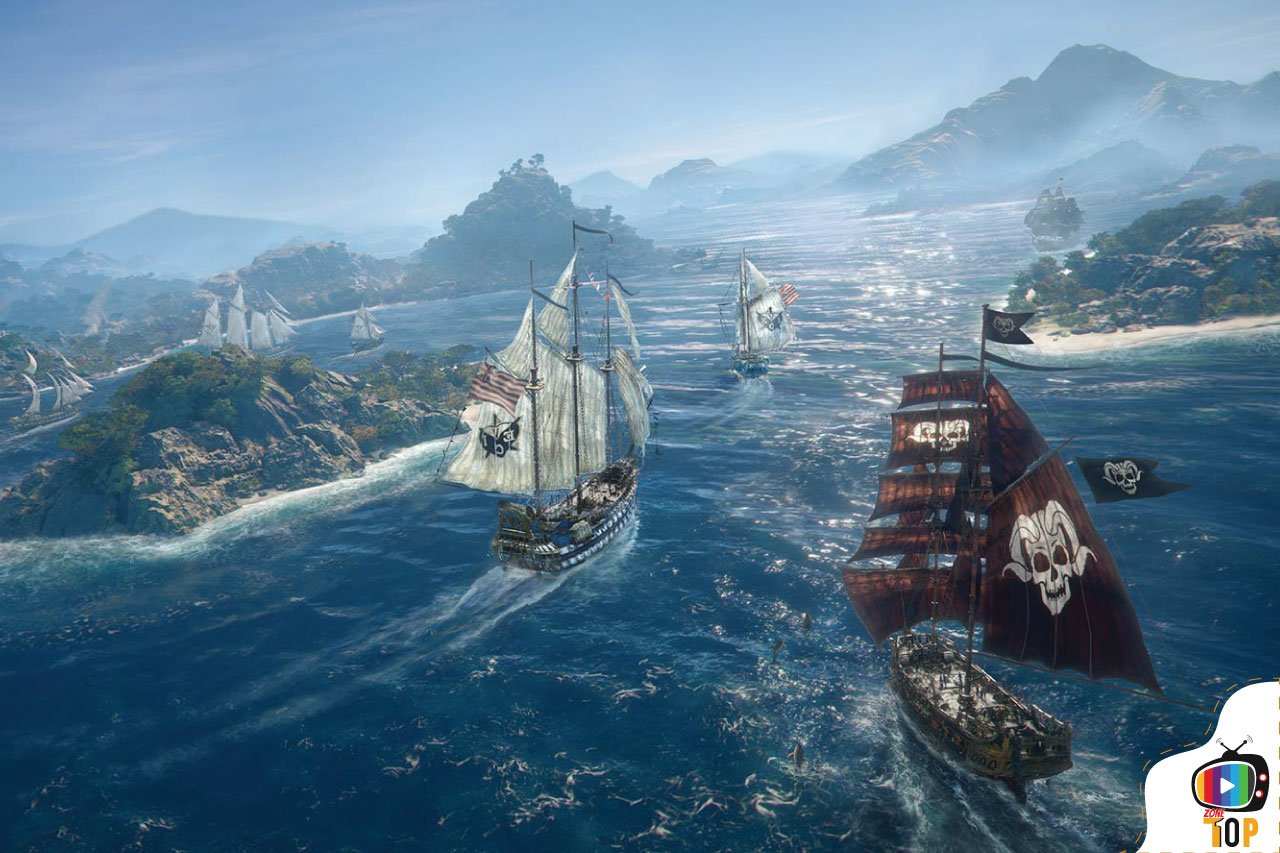 Ubisoft’s sea-faring action game Skull & Bones has been hit by another delay, as announced during the publisher’s latest earnings call. We had hoped that Skull & Bones’ naval combat would be among the new games of 2019, and would make an appearance at E3 2019 – but Ubisoft also stated that it won’t be showing it as part of its E3 2019 games lineup.

With the delay, the earliest we would possibly be taking the wheel of our very own ship will be April 2020, as Ubisoft confirmed that the game won’t launch until the 2020/2021 fiscal year (but didn’t provide any definitive release date). A video posted to Skull & Bones’ official Twitter hopes to stem the tide on any disappoints as Ubisoft continues to work on the game.

“Rest assured that we are working as hard to ever to make sure the game is going to be as great as possible, and quality remains our number one focus,” says producer Karl Luhe. “We will be back as soon as we can with exciting new updates.” 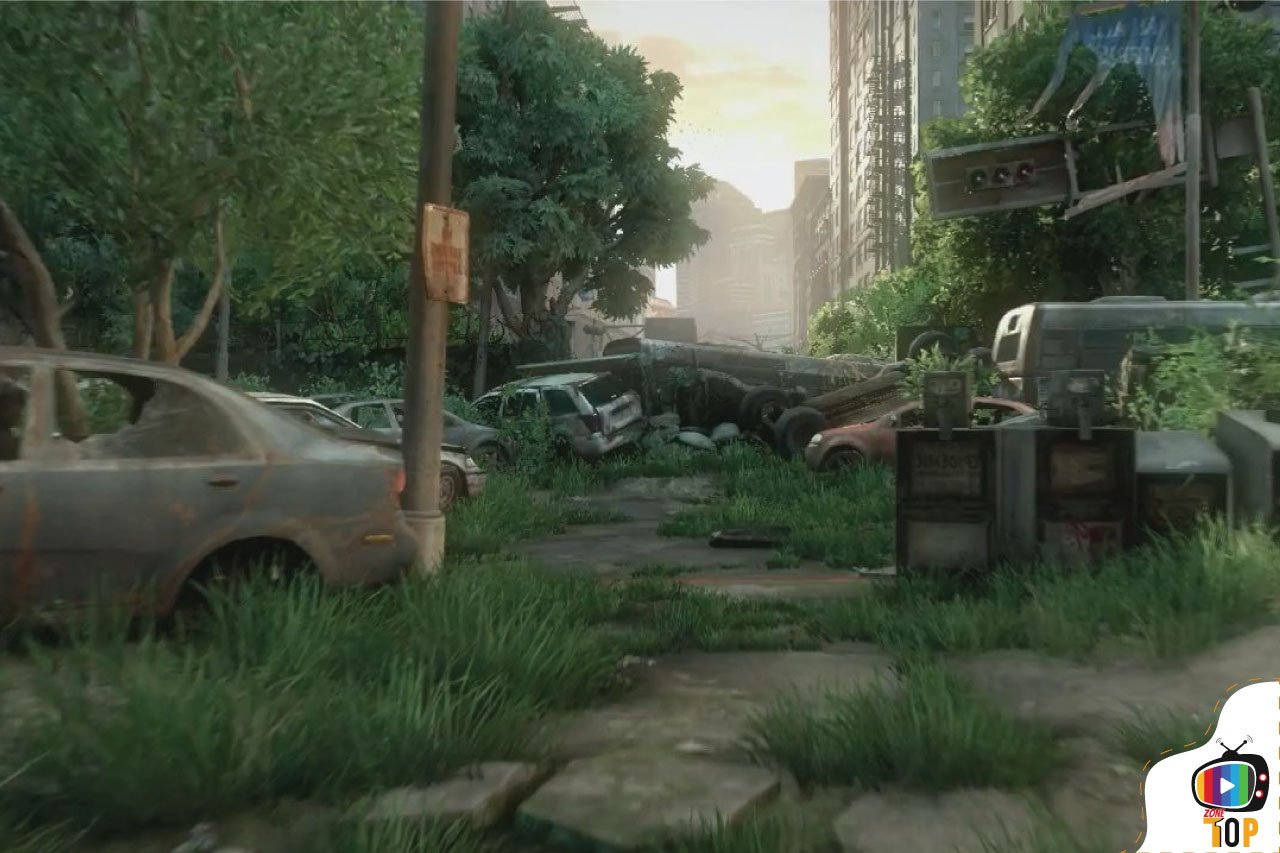 The Last of Us Part II is an upcoming action-adventure survival horror game played from the third-person perspective. Players can use firearms, improvised weapons, and stealth to defend against hostile humans and cannibalistic creatures infected by a mutated strain of the Cordyceps fungus.

The gameplay mechanics in Part II have also expanded upon its predecessor, The Last of Us. In it, the player character can traverse the environment further by being able to reach higher vantage points by jumping and climbing whilst playing as the more nimble Ellie. Players can also crawl in a prone position to evade enemies Throughout the game, players will have a non-player character assisting them. Additionally, large portions of the game are set in Seattle, Washington.

The game also sees the return of “Listen Mode” allowing players to locate enemies through a heightened sense of hearing and spatial awareness, indicated as outlines visible through walls and objects. Additionally, players can collect supplements to upgrade skills in a skill tree. The three main branches of the tree are Survival, Crafting, and Stealth.