Despite everything, 2021 has been a fairly good year for cinema. Here are out picks for best Hollywood movies of the year so far.

Just when it looked like things were going back to normal with theatres reopening in most of the country, the second wave of the coronavirus pandemic struck and the country was once again put under lockdown.

As we bid half of 2021 goodbye, it is time to take stock of all the good films that came out this year, whether in theatres or streaming services. Despite everything, you will see that so far 2021 has been a fairly good year for Hollywood films.

Here are our picks for best Hollywood movies of 2021 so far. 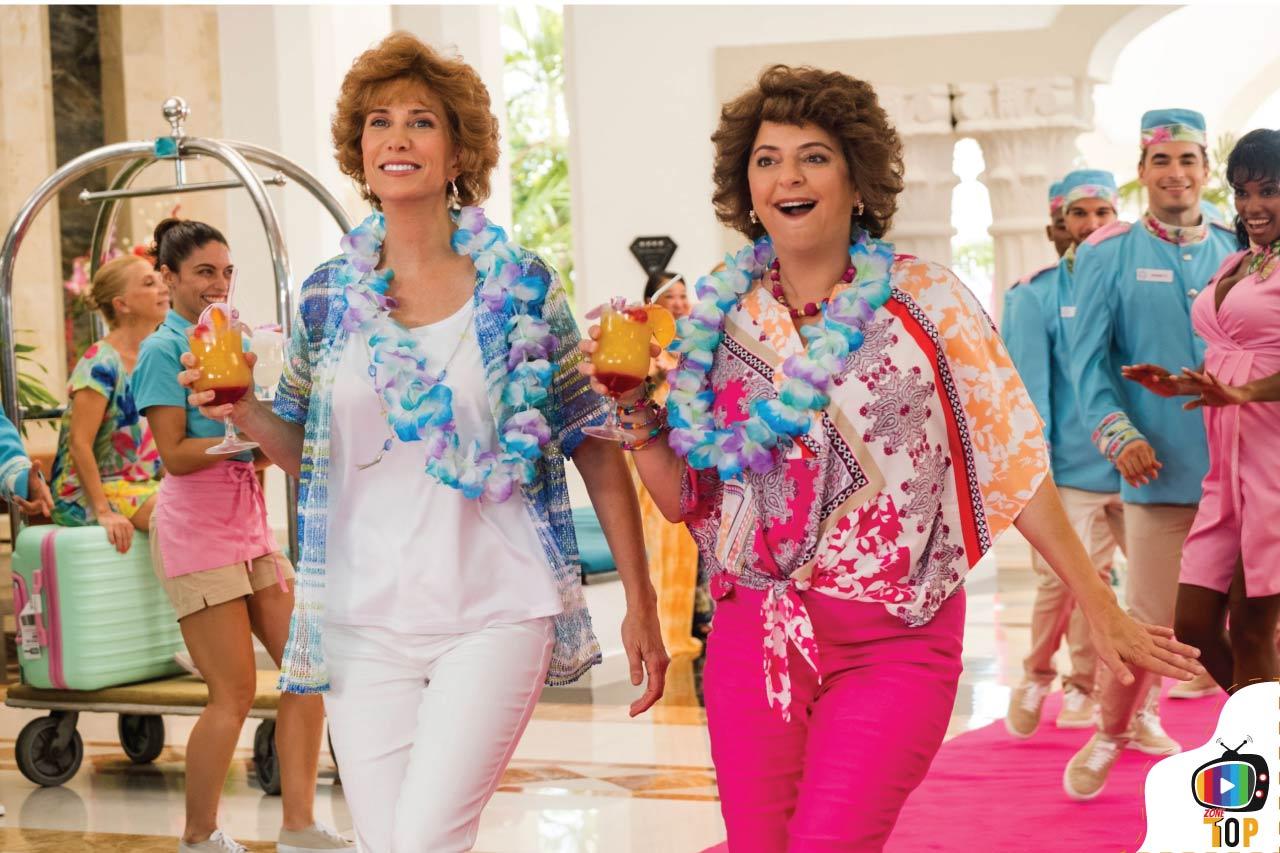 Kristen Wiig and Annie Mumolo wrote and star in this bizarre, brightly colored, and utterly joyful comedy that defies expectations throughout. The two are middle-aged best friends who take their very first vacation to Florida together to visit the idyllic Vista del Mar.

But it’s not all cocktails and banana boats. Behind the scenes, super villain Sharon Fisherman (also played by Wiig) has an evil plan for the resort. With shades of the best of Austin Powers (though far more sincere) Barb and Star is a good natured friendship comedy through a surrealist lens, which could scratch an itch for anyone missing a bit of beach time this year. 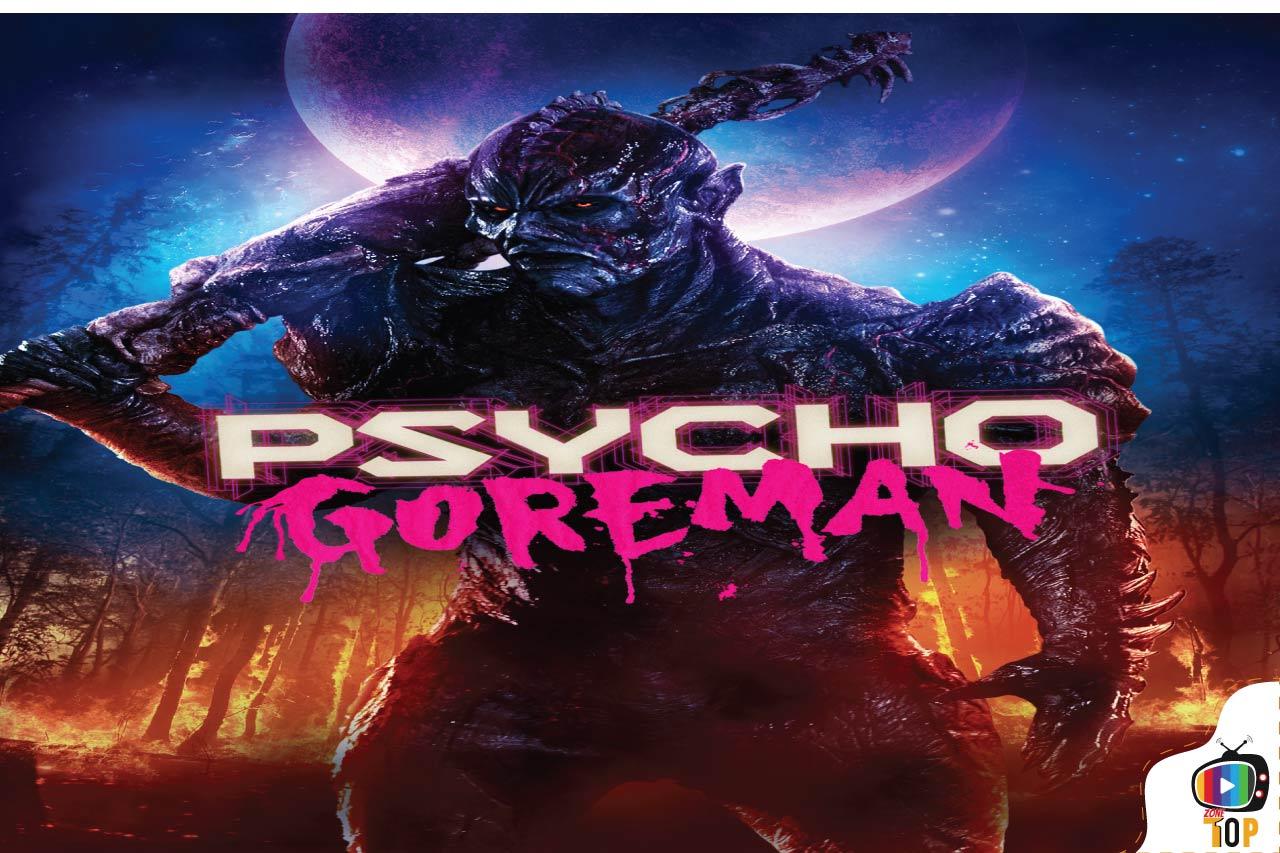 Unexpected gem of the year surely goes to this utterly bonkers grue-filled cosmic horror B-movie which is also really funny and kind of sweet at the same time. It follows annoying little shit Mimi (Nita-Josee Hanna) who bullies her brother Luke (Owen Myre) mercilessly. After defeating him in a game of “crazy ball,” Luke’s punishment is to dig his own grave (!) but instead the pair discover an artifact which turns out to be the key to controlling a universal evil imprisoned on earth for trying to destroy the galaxy.

So of course Mimi names him Psycho Goreman and forces him to hang out with her family and friends despite his insistence that he will bathe in their blood the moment he is freed. From Steven Kostanski, the director of 2016’s The Void, Psycho Goreman is a spot-on blend of brutal slaying and hardcore gore, a cosmic plotline involving an alien council and a wholesome family comedy. An unexpected delight. 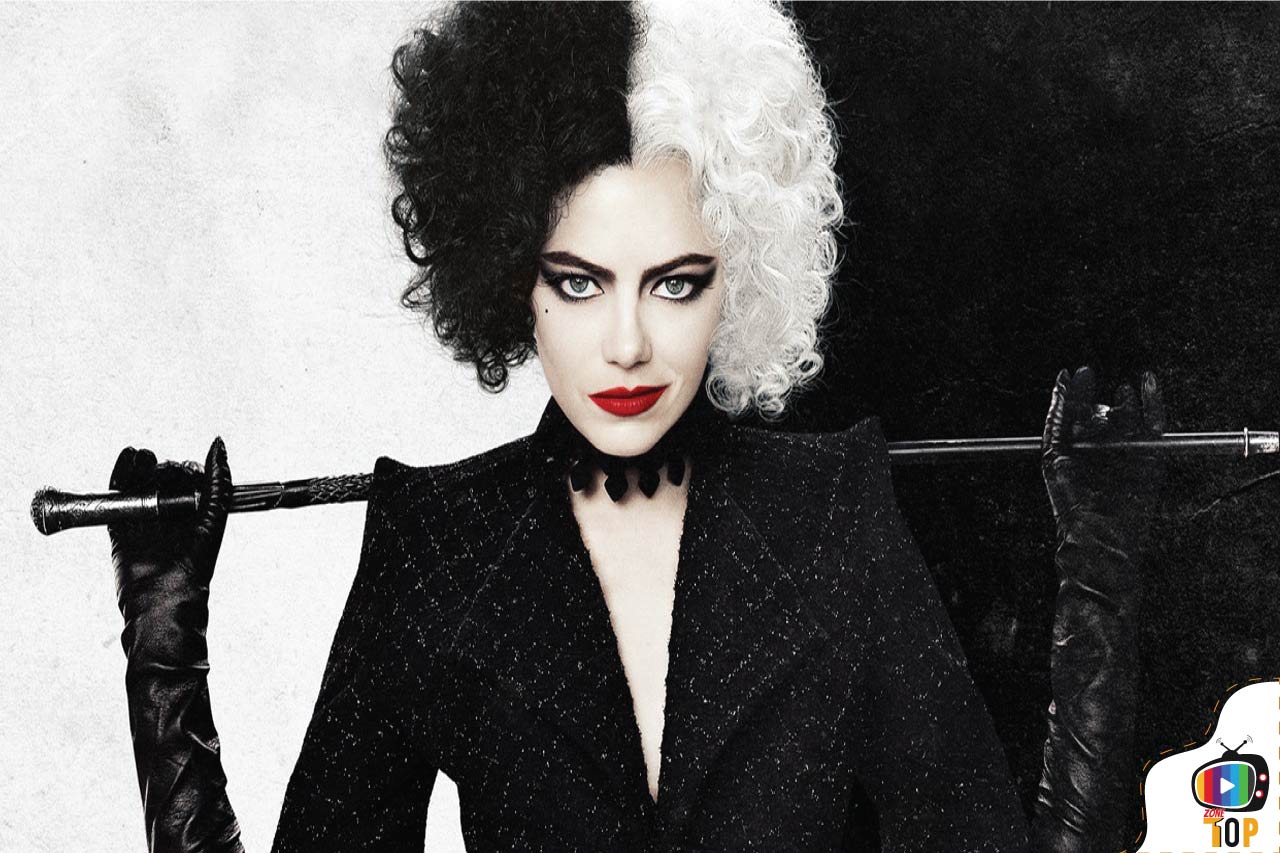 Emma Stone is a punk rock designer in the mold of Vivienne Westwood in this vibrant London-set comedy, which is on paper a prequel to 101 Dalmatians. But in reality, take it as a standalone and you’ll have way more fun.

Up and coming fashionista Estella manages to impress one of the leading designers The Baroness (Emma Thompson) and secures a coveted job at her world famous fashion house. But when Estella discovers a dark secret relating to her own past, she takes on the outrageous alter-ego Cruella to destroy The Baroness by out-fashioning her at every opportunity.

Packed with banging tunes and great dresses, Cruella is a high energy spectacle but it’s the sparring of the two Emmas that brings the real electricity. Forget any future she might have as a puppy killer, in her own film, Cruella is a legend. 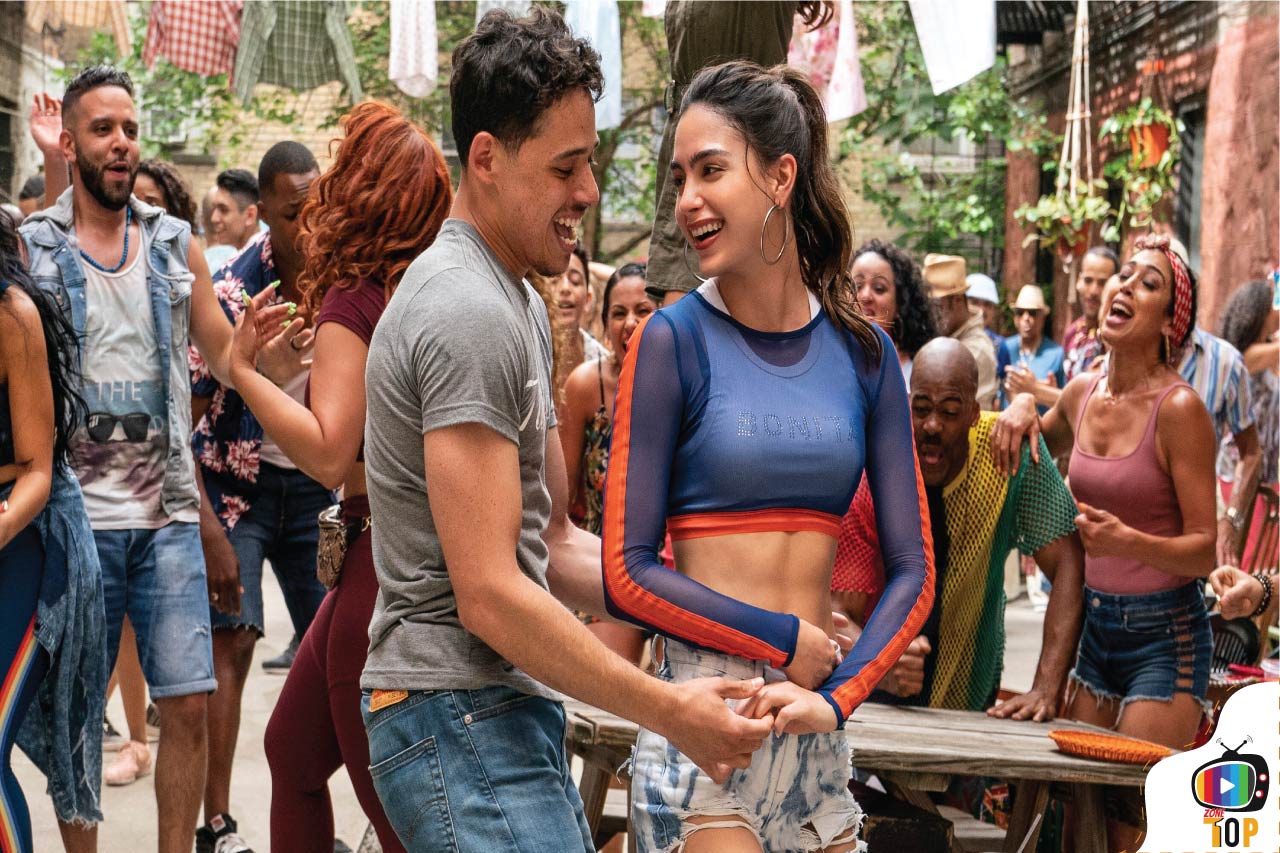 The sunniest film to hit theaters this season, Jon M. Chu’s In the Heights was as sugary sweet as the frozen Piragua Lin-Manuel Miranda hocks around this movie’s block. Based on the Hamilton composer’s earlier Tony winning musical, the picture was the rare thing: a Broadway adaptation that actually soars as high as its stage production and (rarer still) the first Hollywood blockbuster with an all-Latinx cast.
The film came under fair criticism on social media for not being as inclusive as it could be, but that shouldn’t be the last word on such a big-hearted achievement. From the buoyant performances which have already opened doors for Anthony Ramos and Leslie Grace’s immense charisma, to the Latin, salsa, and hip-hop infused melodies which celebrate a culture long left out of the Hollywood image of American life, In the Heights is a jubilant celebration. There really hasn’t been a giddier time at the multiplex this year. Plus, those “96,000” and “Carnaval del Barrio” sequences really are fire. 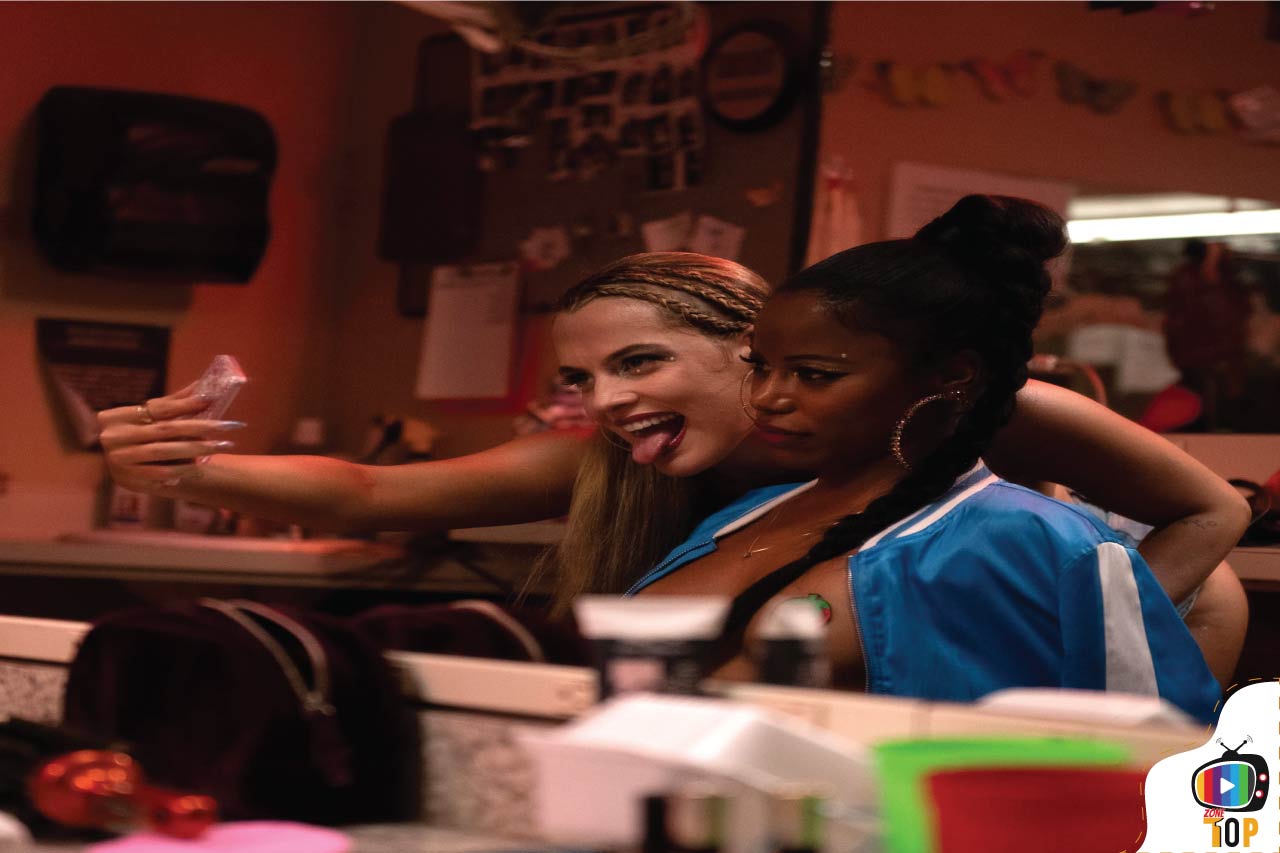 Based on a “true” story which was told via a series of tweets posted back in 2015 (and the subsequent Rolling Stone article that brought the tale to prominence), Zola is a stranger-than-fiction saga seen through the lens of social media. An ultra contemporary, experimental, low budget comedy-thriller with a backdrop of abuse and sex trafficking, the film is as willfully uncomfortable to watch as it is massively entertaining.

From the jump, Zola (Taylour Paige) is a Detroit waitress and part time exotic dancer who meets a customer named Stefani (Riley Keough) and agrees to take a trip with her to Florida to hit up strip clubs where Stefani promises they’ll make a lot of money. With them are Stefani’s feckless boyfriend (Succession’s Nicholas Braun) and her obviously dodgy roommate. Sometimes told through spoken tweets with switches in perspective, this marks director Janicza Bravo as a compelling new voice, and her cast of leads as nothing short of captivating.

5. Judas and the Black Messiah 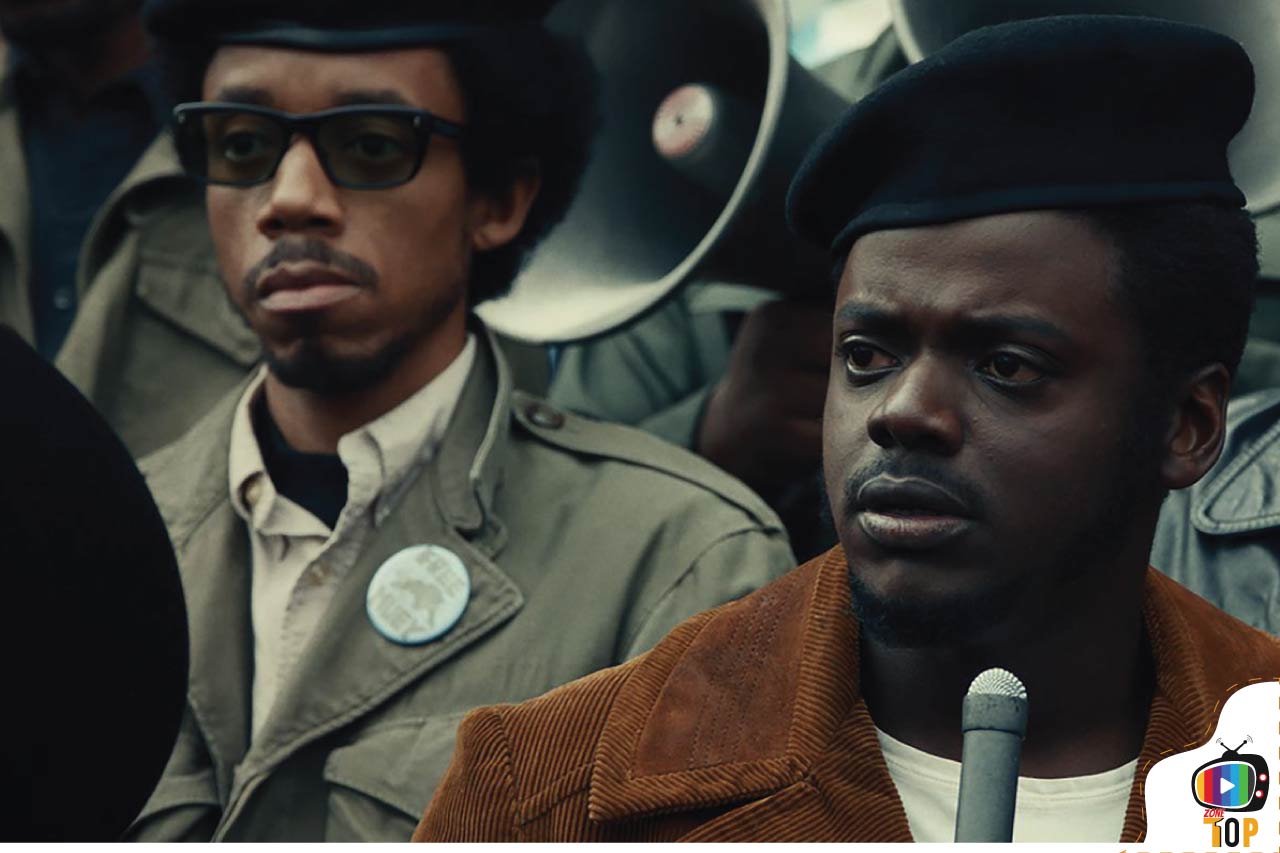 Fred Hampton was murdered with the consent and planning of law enforcement at both federal and local jurisdiction levels. That Judas and the Black Messiah made this common knowledge would be reason enough for consideration. Yet that director Shaka King tells Hampton’s story so thrillingly here elevates his film into one of the most compelling crime dramas in years—only with the FBI’s illegal COINTELPRO program being the primary criminal element.

Told from the perspective of the man who spied on the Black Panthers and eventually facilitated the raid that took Hampton’s life, Judas radiates a despairing quality which somehow can still feel electrifying whenever Daniel Kaluuya’s powerhouse performance takes center stage. Which is pretty much any time the Black Panther chairman takes the microphone. Kaluuya deserved his Oscar, but LaKeith Stanfield’s paranoid turn as Bill O’Neal, the poor bastard coerced into being a snitch while still a kid, is what gets under your skin and walks beside you after the credits roll. 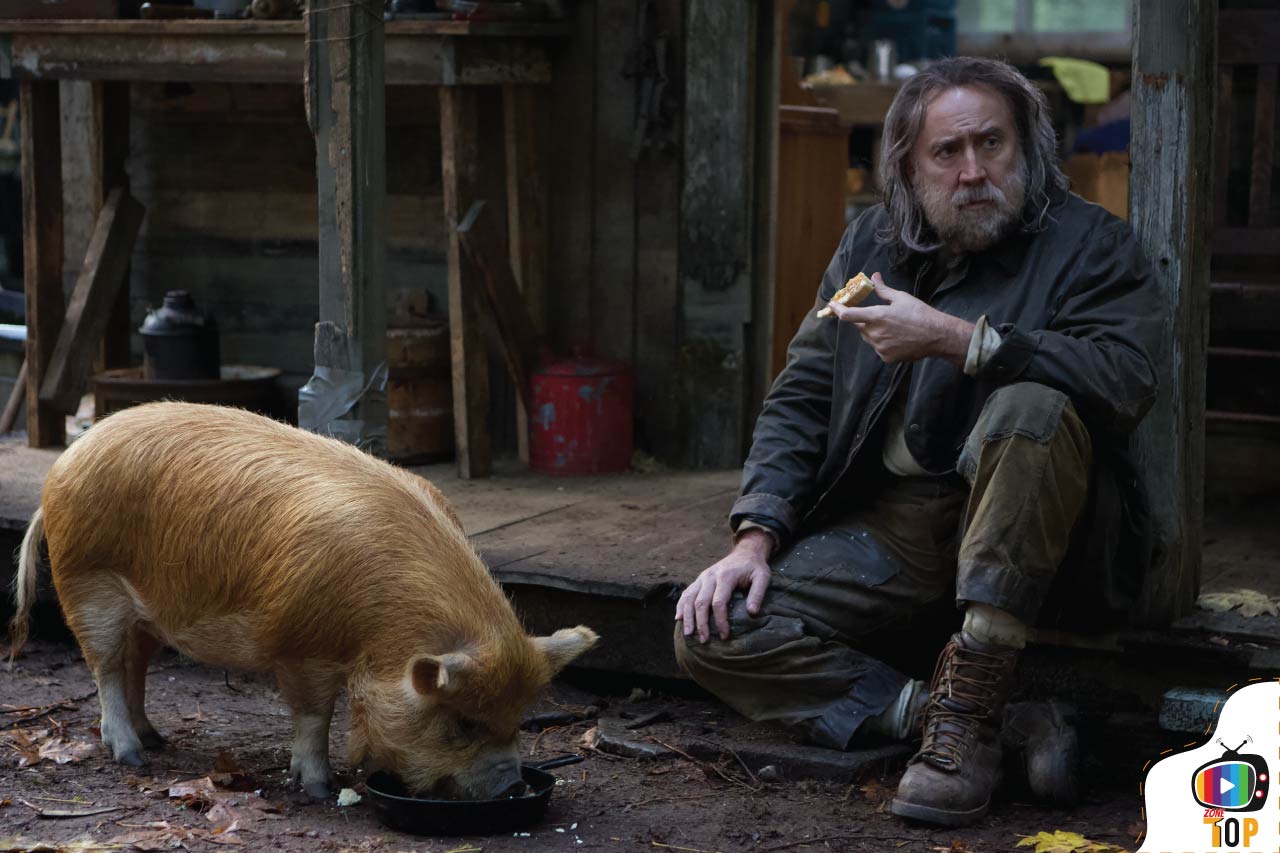 Are there really folks out there who wandered into a screening of Pig and assumed they’d get the Nicolas Cage knockoff of John Wick? I like to think so, just as I love to imagine what they said to each other afterward. To be sure, Michael Sarnoski’s Pig sounds on paper like something in that ballpark: Cage plays a hermit living in self-exile from his past life when ruffians steal his beloved… truffle pig. In response, he comes down from the mountain, ready to reengage with the old ways. Yet when you realize those old ways involve being the greatest chef in his state—and reengagement means partaking in a fight club that’s far more pitiful than it sounds and simply cooking gourmet meals—the more apparent it is that this is a sophisticated, nuanced allegory about grief and self-identity. Anchored by Cage’s best performance in a long, long time, Pig is a gentle and revelatory experience that slowly unpacks its brilliance piece by piece, vignette by vignette. For those coming in wanting fast food, this probably will be a disappointment. For all others, it’s a resplendent five course meal 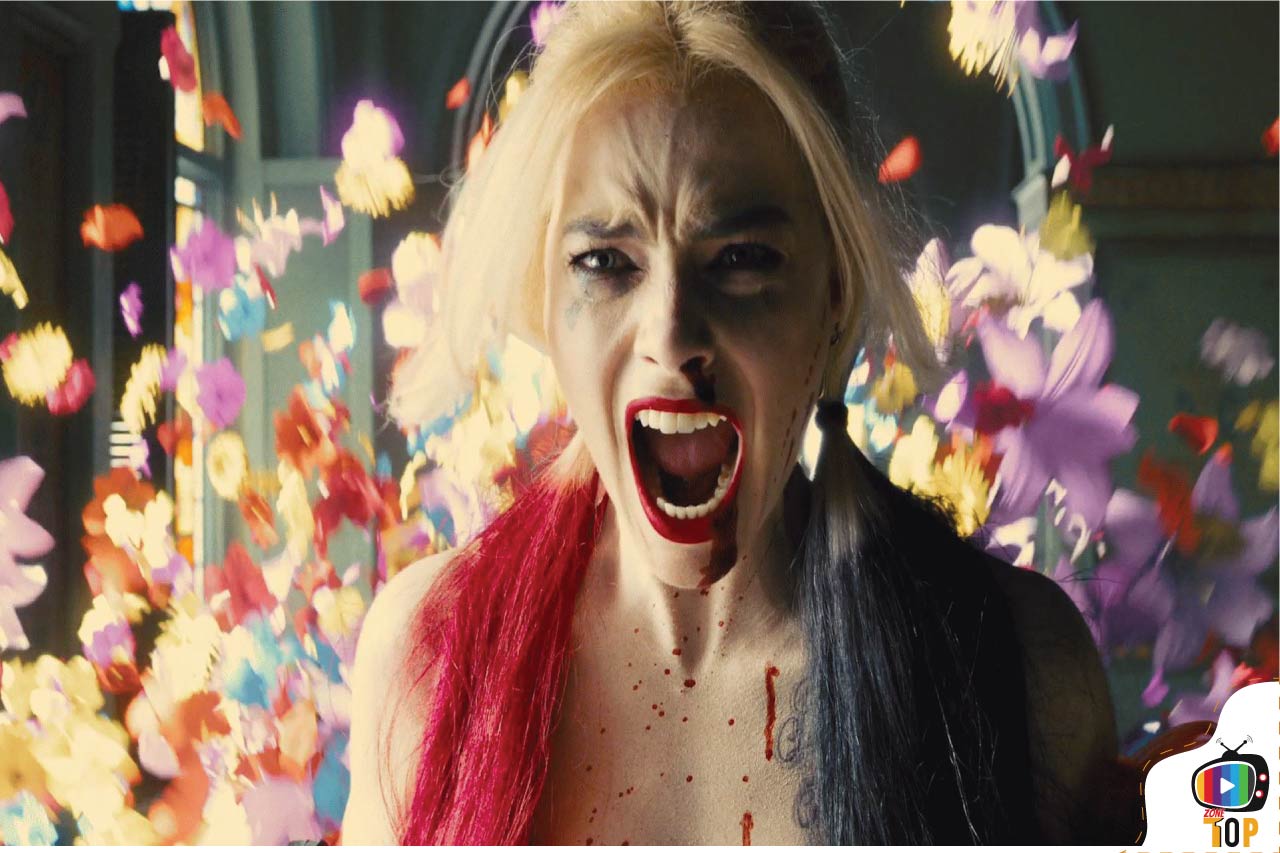 For once the marketing wasn’t kidding. Writer-director James Gunn does have a horribly beautiful mind, and we at last get to see it fully unleashed on a superhero property. Yes, the filmmaker made many cry over a CGI tree and talking raccoon in the Guardians of the Galaxy films, but perhaps not since Logan has a storyteller seen such free rein over valuable studio IP. Gunn didn’t waste it.

The Suicide Squad plays very much like the men and women on a mission ‘60s capers its director grew up on, but that structure is channelled here through a filthy and deranged sensibility. How else can you describe a picture that makes you want to cuddle a land shark who just swallowed a bystander whole? The Suicide Squad does that and more while providing a showcase for sure things like Margot Robbie’s irresistible Harley Quinn, as well as the dregs and rejects of DC Comics who ultimately steal the movie: David Dastmalchian’s Polka-Dot Man and Daniela Melchior’s Ratcatcher 2, namely. Box office be damned, this is one of the best superhero films ever made and will be a classic in the years to come. 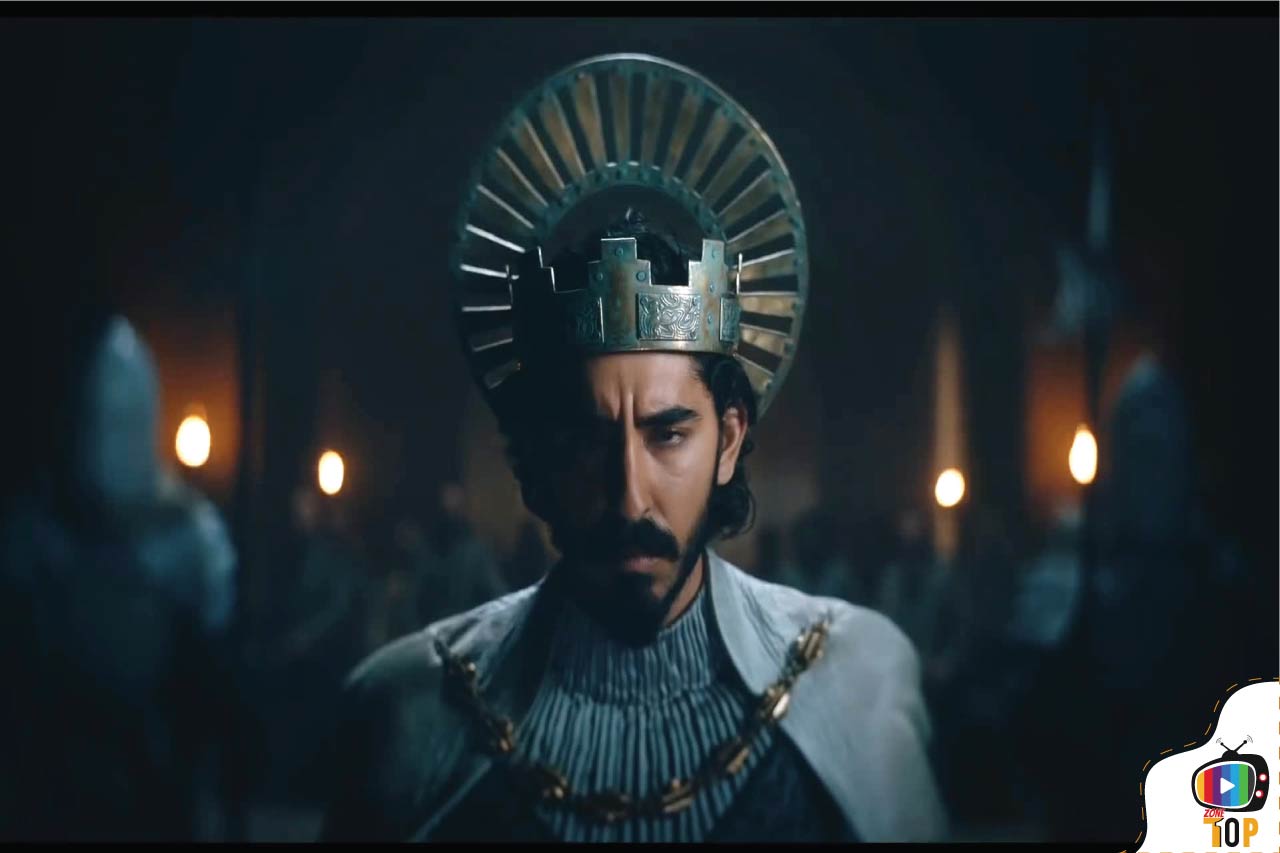 When you hear the name “King Arthur,” certain elements spring to mind. It’s one of those classic properties which have been adapted, exploited, and parodied with killer rabbits ad nauseam. Even so, it’s safe to say you’ve never seen the lore become as foreboding and startling as this. Reimagined through the gaze of writer-director David Lowery, the 14th century poem Sir Gawain and the Green Knight at last takes on a trippy and witchy connotation. An interpretation that pulls as much from medieval paganism as it does obsessions with chivalry and Christian virtue, The Green Knight successfully reinvents its Arthurian quest into a journey toward certain doom.

As the central figure on that mission, Dev Patel reveals superstar charisma and the ability to completely command the screen. His version of Gawain, the wayward nephew of King Arthur (Sean Harris), is vain, cowardly, selfish, and somehow wholly sympathetic as he searches for Ralph Ineson’s Green Knight: a godlike creature who has promised to behead Gawain when they meet again. Through it all, Lowery and company craft a sumptuous world that in every shot looks like the most transportive Dungeons and Dragons cover you’ve ever seen.

The atmosphere is oppressively brooding, and it will not appeal to everyone. Yet like the very best films released by indie distributor A24, there is a touch of mad genius at work here that demands to be seen and then seen again. 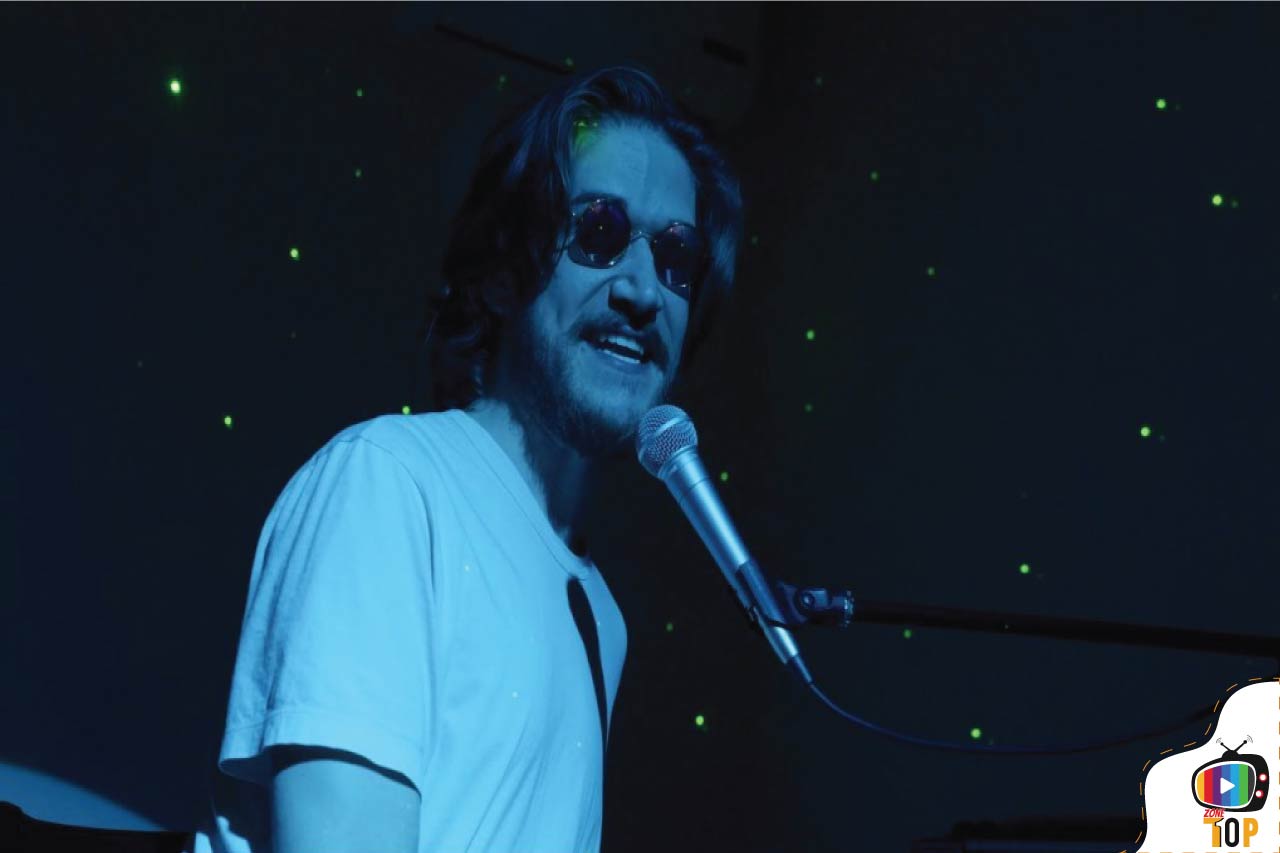 As arguably the best piece of art to come out of 2020’s torments, Bo Burnham’s Inside was not marketed or even conceived of as a film. Nevertheless, it slowly transformed into one throughout its months-long production process, which forewent mere sketch humor to reveal an undeniably cinematic, experimental, and ultimately bleak heart. In other words, it’s a perfect distillation of how all mediums are blurring into that loathsome word: content.

Through heavily edited, conceived, and revised set-pieces, the film’s director, star, writer, and composer lays his insecurities and vanities bare. Filmed inside Burnham’s home studio space, Inside is the result of the young filmmaker behind Eighth Grade becoming acutely aware he’s regressed to his early resources as a teenage YouTube star: a camera, a music keyboard, some synth programs, and hours of idle boredom.

Within those numbing hours, Burnham built something both reflective and suspicious about technology, the internet culture which gave him his career, and even his own self-image. With a catchy songbook of synthesized bangers, many of which echo ’80s pop ballads, Burnham crystallizes better than any typical three-act film the anxieties and delirium of a year spent mostly at home. He also provides a scathing critique of how our concepts of communication and identity have been co-opted and undermined by tech companies whose products incite division for profit—all while still releasing his film on the biggest streaming platform in the world. It’s a challenging, self-loathing, and haunted piece of work that will invariably become a time capsule for its moment in history.

Tags: Barb and Star Go to Vista del Mar, Best Hollywood movies of 2021, Cruella, In the Heights, Inside, Judas and the Black Messiah, Pig, Psycho Goreman, The Green Knight, The Suicide Squad, Zola