Skip to content
Though Hulu originally launched as a platform aimed at bringing TV series to streamers, over the years it’s built a sizable movie catalog, with an estimated total of around 2,500 films across genres. If you don’t have Hulu yet, the ad-supported plan is one of the most affordable streaming services on the market at $6 a month, or you can upgrade to the ad-free option — which we think is well worth it — for $12 a month. For those who want even more content, Hulu is available as a bundle with Disney Plus and ESPN+ for $14 a month. Each tier gives you access to Hulu’s entire movie catalog as well as the platform’s entire collection of shows. The Hulu app is available on most smart TVs, streaming devices, smartphones, and web browsers. If you’re looking for something to watch on Hulu, here are our recommendations for some of the best movies you can stream right now. Our selection features a mix of recent releases and classics across genres, ensuring that all viewing needs are accounted for 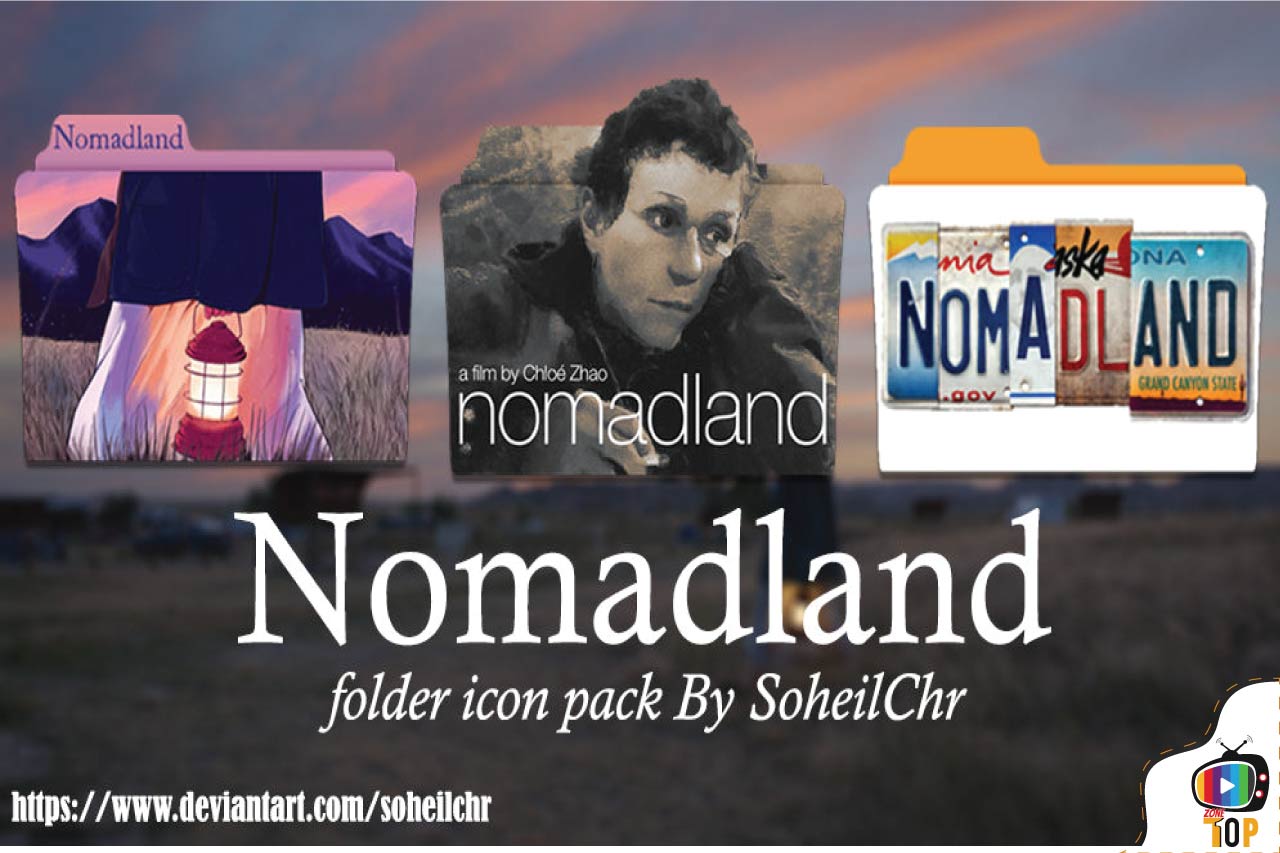 Nomadland puts another prestige trophy in Hulu’s case, since it snagged top awards at the 2020 Toronto International Film Festival and Venice Film Festival, and followed up with Golden Globe wins for Best Picture – Drama and Best Director for Chloe Zhao (Songs My Brothers Taught Me, The Rider), who also wrote the film. Then, of course, came the 2021 Oscars, which found Nomadland taking home the Best Picture prize, as well as Zhao winning Best Director. Frances McDormand is Fern — yet another Academy Award winner here — who takes to the road after she loses her job.

Roaming the American West and living in her van, Fern falls in with an assortment of fellow nomads, conscious itinerants who either live in makeshift, rootless communities of like-minded folks or survive in the space where heart and mettle meet tire and asphalt. Nomadland is lyrical, unhurried; it rests with its characters, respects their decisions, and carves for them a comforting space on the fraying edge of American society. And of course, Frances McDormand is an actor perfectly cast to exist at the center of all of this. 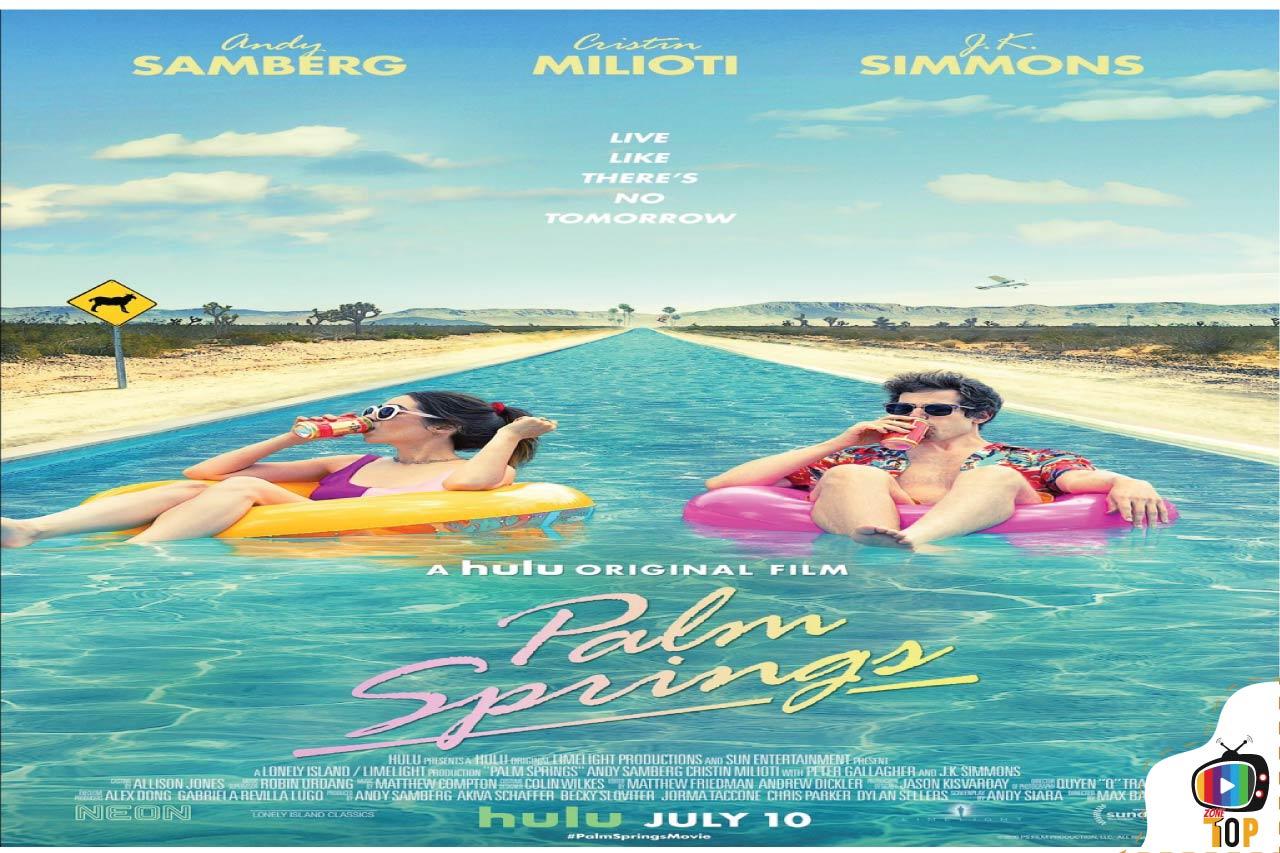 Equal parts fun, poignance, and wackiness, Palm Springs twists the rom-com setting of a destination wedding ass-backward on itself, over and over again, until a cocktail of quantum physics and psilocybin mushrooms attempts to bust the time loop cycle wide open. That’s right, it’s humankind’s perpetual search for life’s meaning and love’s promise at play against the rules of temporal lock grooves as understood by the Bill Murray classic Groundhog Day. With the narrative of Palm Springs repeatedly snapping back on itself, Andy Samberg and Cristin Milioti have quite a load to shoulder. They’re like Tom Cruise and Emily Blunt in Edge of Tomorrow, only with fewer alien invaders and more cold beers to crush. Samberg and Milioti prove ably up to the task and get support too from a mischievous JK Simmons. 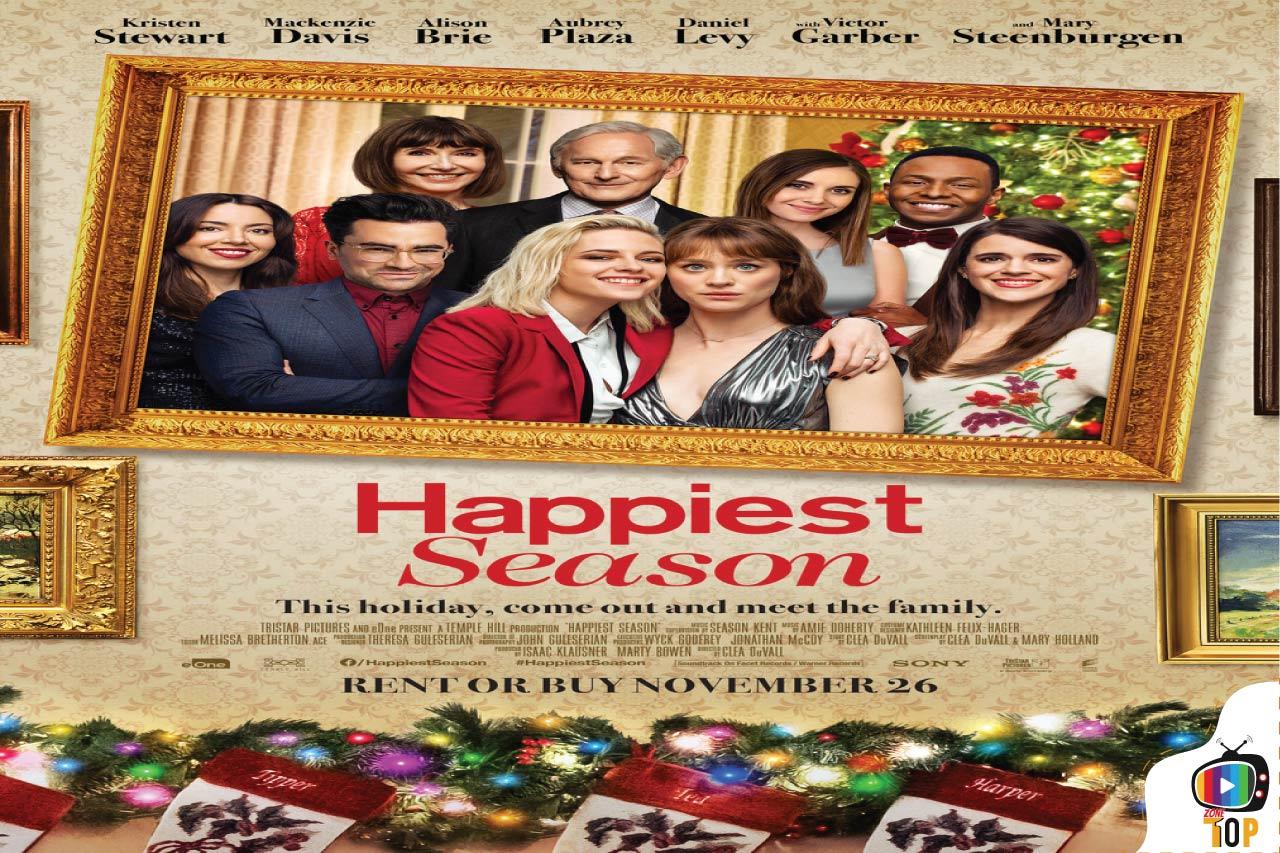 Happiest Season writer and director Clea DuVall assembled an impressively deep bench for her second feature. Kristen Stewart and Mackenzie Davis are the couples at its core, and they’re joined by Alison Brie, Aubrey Plaza, Mary Steenburgen, and Victor Garber (and Ana Gasteyer!). This is rom-com central, and a “gathering the fam for the holidays” movie, to boot. But DuVall keeps the mood steady, and the cast is game to bring real life to the ensemble. Happiest Season also tells a story of coming out to one’s parents, and the pressure that decision can put on the people and parties involved. So in that sense, there’s a modern wrinkle to the proceedings. But even with that angle, Happiest Season is content to work within the framework of the formula. Upon its initial run, the film got caught up in the COVID-19 floating release date/platform churn, but it overcame all of that with a lot of heart from the cast, and will likely offer future Christmas audiences a chance to cozy up with warm sweaters and a heartfelt group watch. 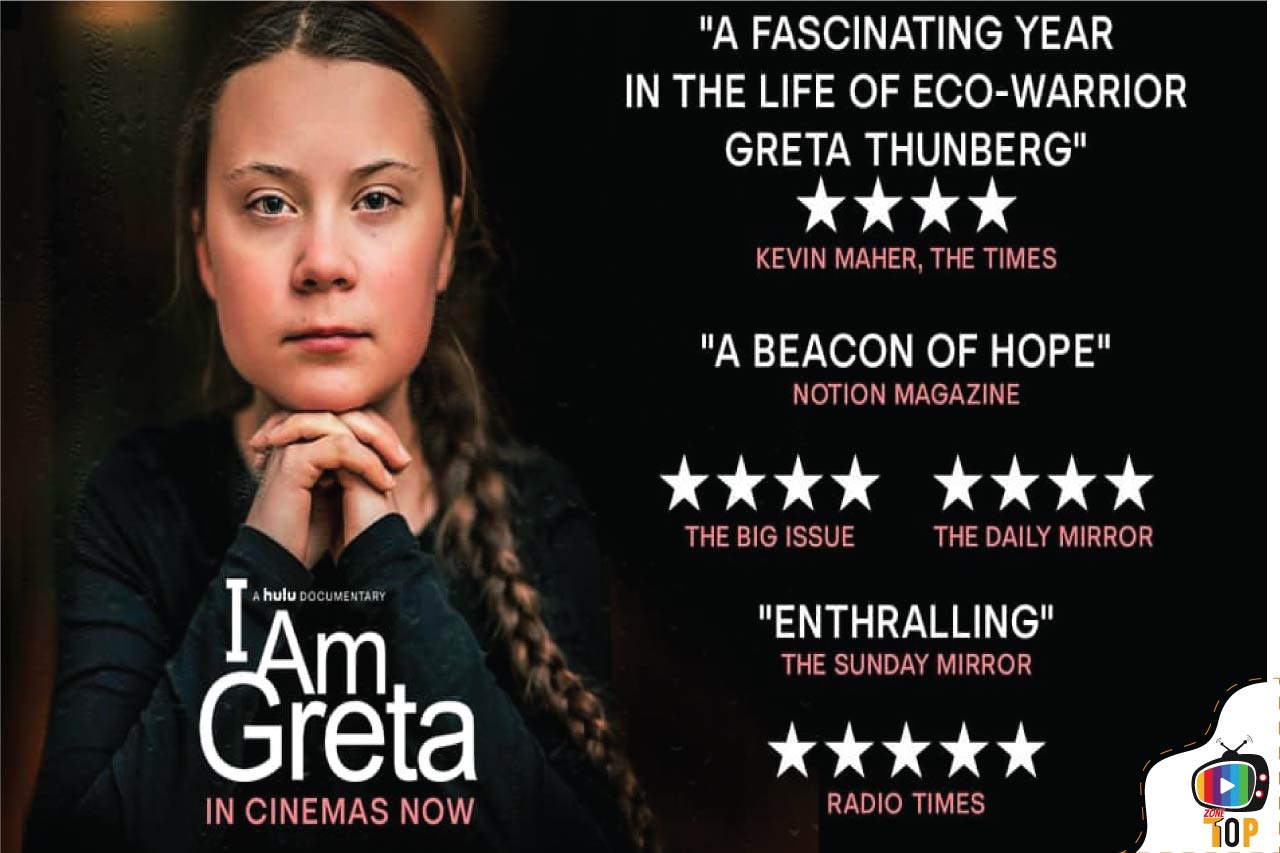 She was a nominee for the Nobel Peace Prize twice and has made numerous Most Influential People lists since she came to prominence as one of the world’s foremost — and youngest — authorities on climate activism, so it makes sense that Greta Thunberg would get her own documentary. I Am Greta opens with a stationary shot aboard a ship with the young activist as she makes her 2019 sea voyage to attend climate conferences in New York City. It then rolls into a supercut of ugly weather, accompanied by the soundbites of naysayers. (“I’m from Canada, so I could use a few more degrees of warmth!” Yuk yuk yuk.) It then goes back to the beginning for Thunberg, when she would stage one-person protests outside Swedish Parliament in Stockholm, and her voiceover, delivered in the deliberate manner of speaking for which she has become well known, elaborates on her original motivation to begin pestering those in positions of power to do something, anything, about climate change. I Am Greta doesn’t reveal anything very new about Thunberg’s quest. But it serves as a sounding board for her views and helps to humanize a young person who has perhaps been somewhat stereotyped as just an angry voice at a microphone. “Humanity sees nature as this big bag of candy,” she says in narration. “That we can just take as much as we want. And so one day, nature will probably strike back in some way.” 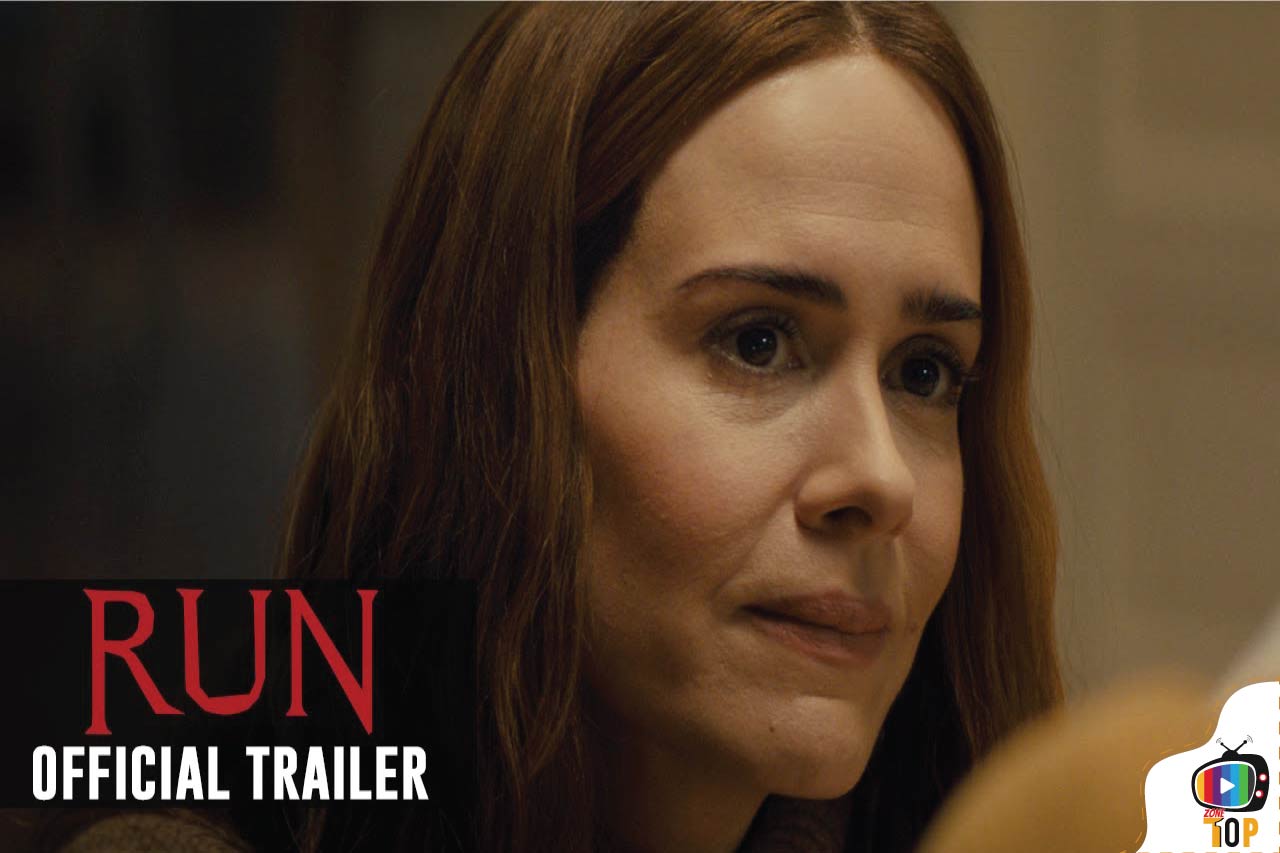 Run was one of those 2020 films that got caught in the COVID-19 release/format churn. Originally scheduled for a Mother’s Day release, it eventually ended up on Hulu, to the benefit of the streaming platform, as it’s become its most successful original film. The thriller stars Sarah Paulson as Diane Sherman, mother to Chloe (Kiera Allen), a sickly high schooler with a laundry list of conditions and disorders. Diane dotes on Chloe, but it’s also pretty clear early on that all is not what it seems, and as Run unfolds, a war begins between mom and daughter to discover what’s really going on, and whether Chloe was ever really sick at all. Throw all that at the wall and add in a twist ending that’s become a phenomenon on social media, and Run is a satisfyingly twisty watch that pairs well with the latest in contemporary horror.

Written by the same team responsible for Bridesmaids, it’s no wonder that this 80s trope-infused comedy will have you laughing out loud from start to finish. Nebraska besties, known locally for their book clubs and hotdog soup, Star (Kristen Wiig) and Barb (Annie Mumolo) have finally decided to step out of their middle-aged Midwest comfort zone and experience life on the wild side… Or at least bargain Florida resort side. In true 80s trope fashion, their beach time is turned upside down by a diabolical villain. Edgar (Jamie Dornan) is the handsome henchman tasked with bringing Vista del Mar to its knees, but after bumping into the two insufferably lovable ladies, starts to question his mission, pissing off his boss and putting three of their lives in danger. 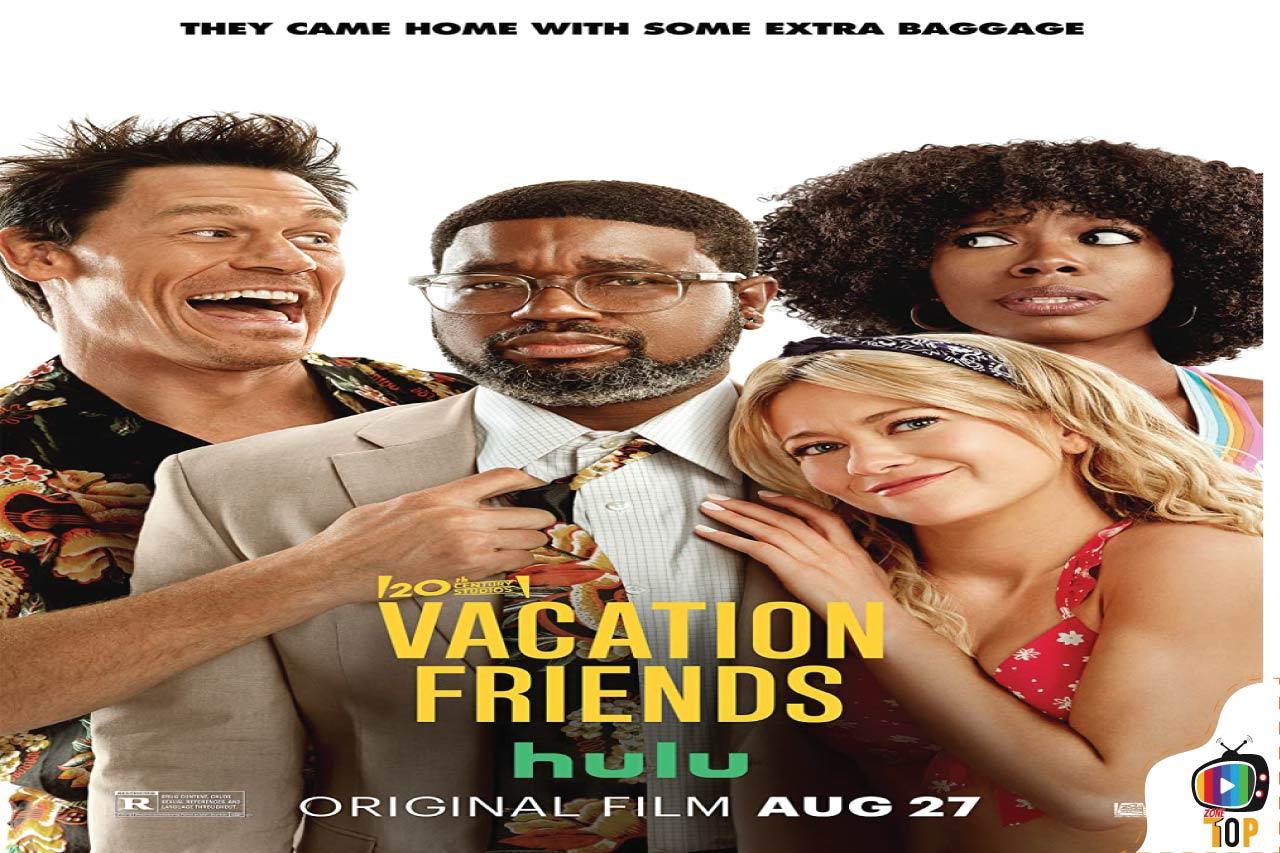 Leave the kids at home because this vacation is most definitely not family-friendly. After a wild weekend of debauchery below the border, soon-to-be bride and groom Emily (Yvonne Orji) and Marcus (Lil Rel Howery) are shocked to see their casual acquaintances from Mexico, Ron (John Cena) and Kyla (Meredith Hagner) crash their wedding party. Desperate to hide their own wild ways from their families and save what was supposed to be a catalog wedding, Marcus and Emily must devise a plan to get rid of the two intruders before they unleash mayhem. Cena is quickly making a name for himself as a funnyman with his signature crazy-style comedy, while the always-hilarious Lil Rel’s awkward guy routine is a guaranteed laugh. Calling to mind the pairing of Dwayne “The Rock” Johnson and Kevin Hart, Vacation Friends might just be the beginning of another buddy-comedy power couple. 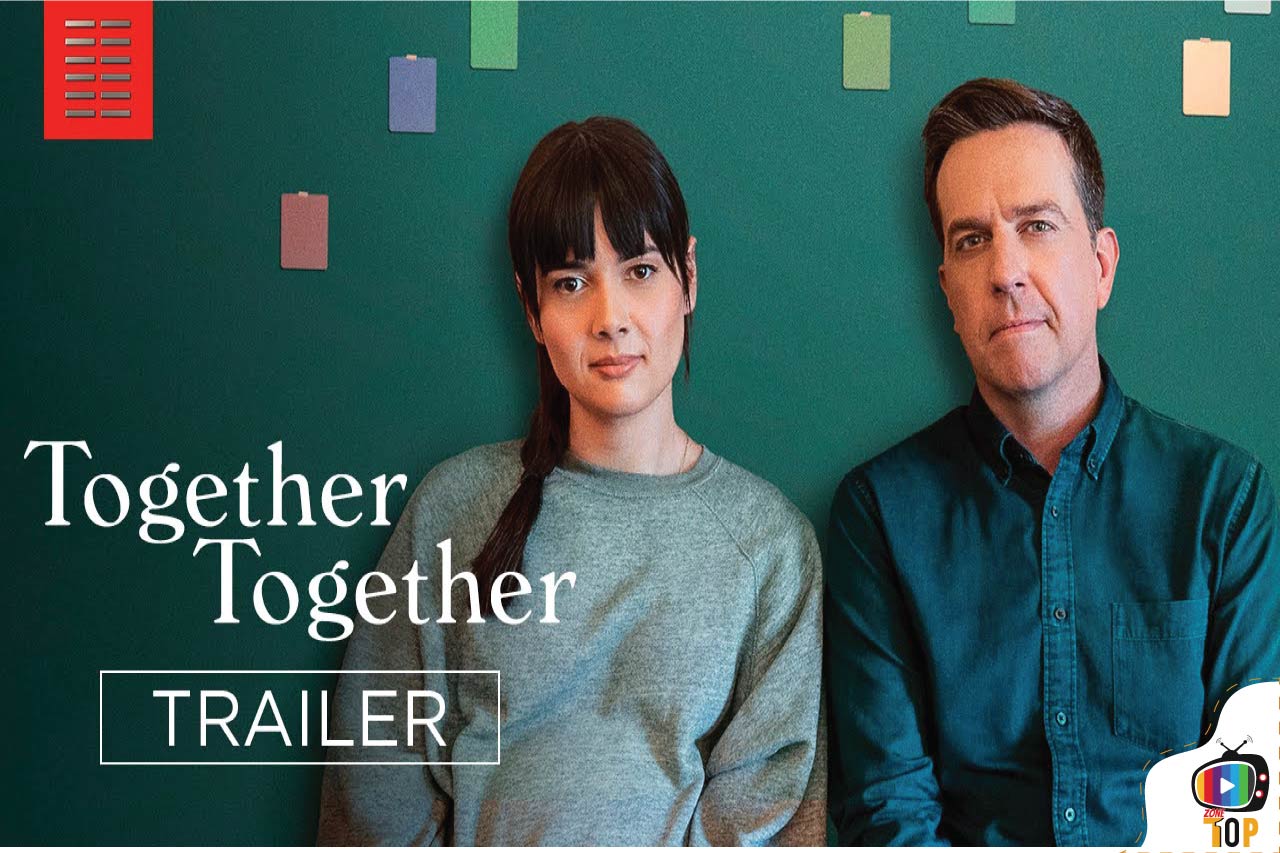 A single straight male in his 40s choosing to have a baby through a surrogate isn’t just a foreign concept to film, it’s a foreign concept to our society. But should it be? Meet Matt (Ed Helms), a happy, successful app developer who’s reached a point in his life where he’s ready for a family. There’s one problem; he doesn’t have a wife or even a girlfriend. Meet Anna (Patti Harrison), an awkward loner working a menial job who dreams of college but lacks the funds to get there. Put the two together and what you get is an off-beat quirky comedy that examines the bigger question of what family is and do those concepts and our happiness always need to align. Thought-provoking without ever becoming preachy, Together Together is the perfect measure of indie-drama mixed with laugh-out-loud moments to make it a stay-at-home movie must. 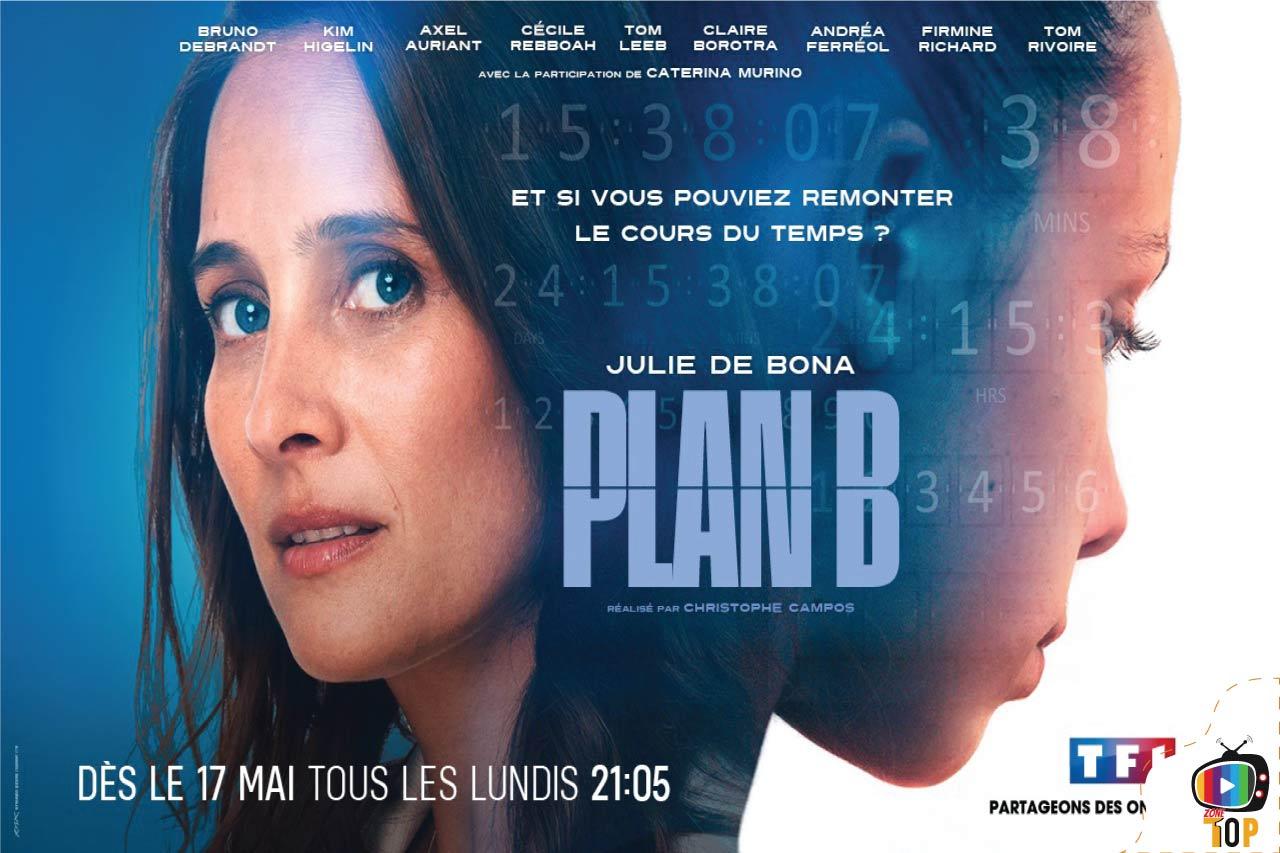 Traditionally seen as the most “Bro-ish” subgenre, road trip movies as you know them have officially evolved… kind of. Beer, drugs, sex, car crashes – honestly, it’s all still there. What’s gone are the bros. After Sunny (Kuhoo Verma) shirks her parent’s strict rules and loses her virginity at a self-planned “de-virginity” party, the horrors of teenage pregnancy flash before her eyes. Have no fear though, because Sunny’s less responsible, slightly less intelligent, far more daring BFF, Lupe (Victoria Moroles) has an idea – Plan B, AKA the morning after pill. They soon find out that their home state of South Dakota allows pharmacists to deny customers Plan B, forcing them out onto the open road and across state lines. Giving us the serious topics of unplanned parenthood, family expectations, peer pressure, and contraceptive rights mixed with the classic buffoonery road trip movies are known for, it really does feel like the genre has grown up; but thankfully not too much. 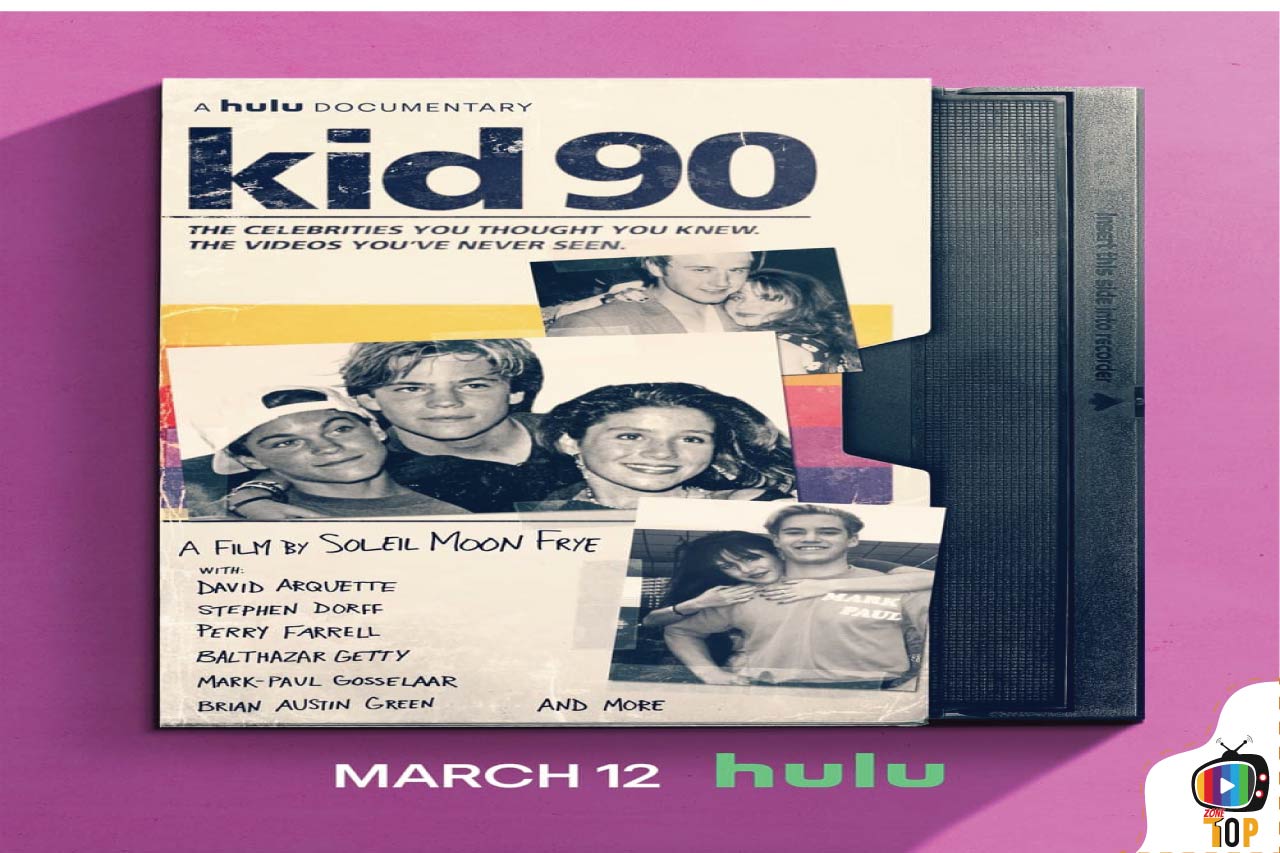 Kid 90 is a documentary film that follows the actress Soleil Moon Frye from her time as a child star on Punky Brewster through her hard-partying teen years. We see her take a drag on a joint and take a slug from a bottle of Jagermeister as we hear audio from an old talk show in which she professes kids to “just say no” to drugs. She and her friends take mushrooms and cavort in a field, playing with ladybugs and philosophizing about raindrops on the windshield like Very High Teenagers. She leaves her Los Angeles home at 18 to attend college in New York, scraping by in a spartan apartment with a futon and no refrigerator, falling in with a new group of friends. The partying continued, as you might expect. You know some of her friends from both coasts: Jenny Lewis, Brian Austin Green, Sara Gilbert, Mark-Paul Gosselaar, Leonardo DiCaprio (a credited producer of Kid 90), Justin Pierce, Stephen Dorff, Jonathan Brandis, David Arquette, Danny Boy O’Connor (of rap group House of Pain). She asks many of them to give their philosophy on life. Some of them are featured in new interviews, looking back; others aren’t alive to do so. This was Moon Frye’s young life, and looking back at all this, she says she’s “coming of age as an adult.”